Home
Computer Systems
Laptop, Notebook and Netbook Computers
Gadget List–Best bets for setting the family house up for the Internet

You may have read “Is it worth it to put full broadband in the family house”, which is an article that I wrote about going about setting up a fully-fledged home-network setup with wireline broadband at a house which ends up a “common property” for a family. Typically this place may be a house resided in by one or both of the parents or an occasionally-occupied “resource” property like a holiday house or city apartment.

Here I raised issues like the amount of “online” activity that would take place at this location, the availability of the full broadhand services including the packages and what kind of hardware to get if you go about this.

A router that is part of a full broadband service

Firstly, identify whether there is either a landline telephone service or a cable TV service in place at the “Family House”. To the same extent, it is worth identifying whether next-generation broadband is available at this location.

A landline telephone service with a regular telephone may be considered highly important due to the desire for a robust ermergency contact arrangement and will be essential to the operation of a medical-alert system if you are dealing with elderly parents who are at a fragile point in their life.

Here, look at the information provided by the telephone service provider or cable-TV company for packages which include the broadband Internet service along with the telephone or cable-TV service.  Some of these packages may also integrate mobile service for your parents or relatives living there. This is more so when you have elderly parents who are loyal to a particular service provider for most of their lives and are hesitant to change providers.

The cheapest Internet-service packages may only suit very casual Internet use such as daily email checking and Web-browsing where regular use of online games (Facebook games, MiniClip, MSN Games, etc) or multimedia (YouTube, Spotify, etc) aren’t part of that activity. A mid-tier service may be more relevant with a busy household, or regular use of Internet-based communications and entertainment like Skype, YouTube, Spotify or Internet radio is expected to be the order of the day. This also includes a “Family House” situation that has relatives or friends who are regularly stopping by as part of business travel or you have teenagers and young adults who regularly visit that location.

This is an important piece of equipment when you are getting the “Family House” on to a full broadband service. Here, if you are supplying your own modem router for a cable or ADSL service, you can opt for “wires-only” / “bring-your-own-device” services where the provider can enable the device at the office rather than supplying the equipment.

Most modest retail-grade broadband routers and ADSL modem routers with simultaneous 802.11a/g/n Wi-Fi LAN connectivity and four Ethernet LAN sockets would answer this need. If next-generation broadband is becoming very imminent, I would suggest that the router being purchased has Ethernet WAN connectivity and preferably have Gigabit Ethernet connectivity throughout. 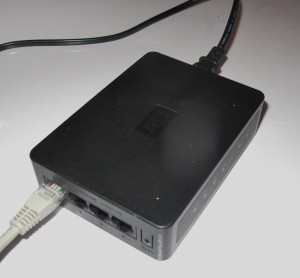 A good practice with setting up the home network in this location is to create a HomePlug AV segment which uses the house’s AC wiring as its medium. This can be compliant to either the HomePlug AV 200Mbps standard or the newer HomePlug AV 500Mbps standard. The advantage of this medium is that it works on a wired medium without you needing to lay new wires, thus allowing you to set up a reliable semi-permanent network for fixed devices.

You can get going with this by purchasing a HomePlug AV kit and connecting one of the adaptors to the router and the other to another network device that uses an Ethernet connection in another room. These adaptors simply plug in to the nearest power outlet.

Here, the HomePlug AV multi-port switches like the WD LiveWire can come in to their own with clusters of AV equipment such as the TVs. This device provides a single on-ramp to the HomePlug AV segment for equipment like a smart TV, PVR and Blu-Ray player. As well, a spare single-port or multi-port “homeplug” adaptor can come in handy when you need to bring in a network-capable device on an “ad-hoc” basis. The example that I outline below is the situation where an adult child brings around a games console to either entertain the grandchildren or show off a game to his brothers.

You may find that you don’t get good Wi-Fi wireless coverage across the house. This may be due to construction issues such as a thick brick or stone wall or extensive use of metal in the construction of a wall. Even the use of some heat-reflecting materials like Pilkington glass treatment or aluminium-lined insulation may affect radio waves that are part of a Wi-Fi wireless network.

On the other hand, you can repurpose an older router with the same wireless-network technology as your current Internet router as an access point. Here, you have to disable DHCP and allocate it a unique IP address within your network.

Most portable and transportable computer equipment can work well in the “family house” to underscore the notion of lifestyle computing there. Here, I am thinking of the idea of using these computers around the house and out in the garden to manage email, news, media and similar activities.

Network-capable multifunction printers work well for turning out hard-copy documents. Here, features like the availability of extra-yield cartridges as an option and auto-duplex (double-sided) printing are a must. As well, pay attention to units that use four or more ink cartridges and make sure that you can choose between standard-capacity and high-capacity cartridges so you can choose the capacity that suits the amount of usage your machine is going to have but cater for particular seasons of use.

Fax-capable printers can work as a good substitute to those economy “plain-paper” fax machines that use a thermal-transfer ribbon to print on to the paper which can be costly to run. 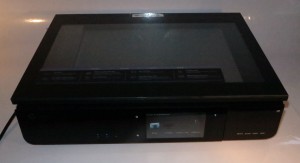 The home network offers up plenty of resources for entertainment and, in some cases, communications. Here, it could be to create a reserve of content that can be “pulled up” and played at a moment’s notice or you simply pulling in content from an online resource like a catch-up TV service, Spotify or an Internet stream hosted by a radio station in your home country or country you love so much. 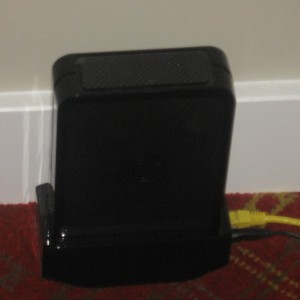 A network-attached storage device allows you to store and retrieve data via the network without having to keep a computer switched on all the time. Similarly, the computer doesn’t underperform due to it handling data that it keeps for other devices.

The ability to use common standards to add and view content is very important. For example, using the SMB standards to transfer content to and from a NAS is important if you use a portable computer based on a regular-computing operating system like Windows, Mac OS X or Linux. Similarly, you can add a file manager to most Android and iOS devices so you can transfer files out between these devices and a NAS.

The DLNA requirement is important for whenever you want to gain access to audio, photo and video files from that smart TV or Blu-Ray player.

Some Internet gateway devices have the ability to be connected to a USB hard disk and work also as a network-attached storage device. These typically provide SMB-compliant file transfer from regular computers and also have DLNA and / or iTunes media server functionality.

TV or video peripheral with DLNA and / or Skype

Here, I am covering either Internet-enabled TV sets which come in to their own if the goal is to upgrade one of the TV sets, especially any set installed in any of the main living areas. On the other hand, I would recommend using Internet-enabled video peripherals like Blu-Ray players / home-theatre systems, games consoles or Skype cameras where a TV is working very well and satisfying the current needs for the area it is installed in.

You may think of keeping a games console connected to a TV at the “Family House” but this may work if you have a TV in a secondary lounge area and the console is going to be used by the grandchildren. On the other hand, one of the adult children who owns a games console can bring it to the “Family House” on an as-needed basis and connect it up to the TV there especially if the idea is to entertain the younger children.

But they would need to have it be part of the “Family House’s” home network and this setup routine for the Wi-Fi network only needs to be done the first time a Wi-Fi-equipped console is used there. On the other hand, the previously-mentioned spare “homeplug” can come in handy for linking a console that has an Ethernet socket on it to the home network. Of course, some older people may find that the games console would be difficult to use, including playing a game or navigating the user interface. These are best used when you are with the younger people who regularly play games on these devices.

These music-system and receiver suggestions can fit the bill of you want something that can play content held on the DLNA-capable NAS or take advantage of online media resources such as Spotify or the “new short wave” i.e. Internet radio.

These units can be connected to a regular stereo or home-theatre system via a vacant line-level input to serve as an audio-focused network media player. They also have an integrated broadcast-radio tuner which you may use in lieu of the FM or AM tuner that is part of your system or could replace a regular tuner component for broadcast-radio reception.

Of course, there are better and newer devices that would fill the needs for a house that either serves as an older parent’s residence or commonly-resource property as well as a family hub.

EU wants to establish a security baseline for Internet Of Things