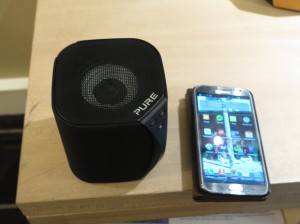 The Association For Wireless Power have liaised with the Bluetooth SIG to integrate Bluetooth abilities in relationship to wireless charging of gadgets such as the typical smartphone.

This will lead to Bluettoth Device Profiles that relate to supply of power to gadgets in a similar manner to what is being achieved with USB when it became the preferred external power source for portable gadgets. Primarily this can lead to energy management as far as the device and charger are concerned

This can lead to the ability to prioritise the power supplied to multiple devices using the same charging point such as supplying more power to a tablet compared to a small smartphone. Or a smartphone could support a “quick wireless charge” option that a user can engage if they need the phone in a hurry and the charging point supplies more of the power to that phone while in that mode for the duration of the session.

What interests me further from the point of innovation would be the ability to have charging-point-specific functions. Obviously this may appeal to people who operate these points in public locations and want to make them pay or prevent a device “hogging” that charger.

In the home, a speaker dock or music system with the wireless charging surface can enable one to simply integrate the phone with that system just by placing it on that surface. Or a tablet or regular computer can be unlocked by you placing your phone near that device. This can extend to an improved software-security interface where a user session with a particular program or online service like Facebook on another computer is considered more trusted if they have the phone near that device.

This agreement is one where I see greater paths for innovation taking place where smartphones, wireless charging surfaces and apps can work as a system. But there needs to be support for a secure operating environment which prevents the installation of malware or access to untrusted Websites by implementing a level of user-controlled trust for device-app-charger relationships.

Nest intends to turn the smoke alarm on its head

Controlling Wi-Fi and Bluetooth on your iOS 11 device