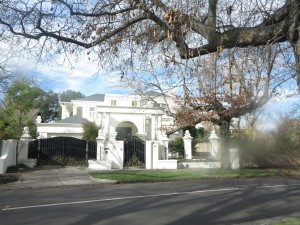 House developers could offer broadband readiness as a selling point

Especially in the UK, accessibility to next-generation broadband is being considered a key feature for a property. This has been underscored with Rightmove using this as something to assess a property or neighbourhood with when it comes to its saleability and could easily put a positive impression on its value.

Now Berkeley Group, a developer of premium residential properties in the UK, have released their business plan with the supply of fibre broadband to be part of the feature set for these developments. It is in response to a European Union directive that is requiring new buildings to be ready for high-speed broadband by 2016. In Europe, people are seeing broadband Internet service on the same level as water, electricity, fixed telephoy service and other utilities.

The big question I would have about these developments is whether they would be “wired for Ethernet” and whether this would reach most rooms in these homes? Similarly, would there be the ability for an average home-network wireless router to cover all of the premises with Wi-Fi signal using its own antennas (aerials)?

It is also in addition to a Britain-first strategy for marketing policy, a significant increase in apprenticeships, improved on-site safety as well as a desire to have customer satisfaction that beats Apple’s standards.

Personally, I would see residential building developers implement next-generation broadband and the connected home as a key differentiator with customers and property investors.

The NBN and rural Internet is seconded by Indigenous people