Dell has established the XPS 13 as a value-priced Ultrabook that ticks the boxes when it comes to the kind of functionality that it offers for its product class. There was some doubt that they would offer a “2-in-1” ultraportable computer under this banner alongside the traditional “clamshell” model, due to there not being an essential need for that class of computer. 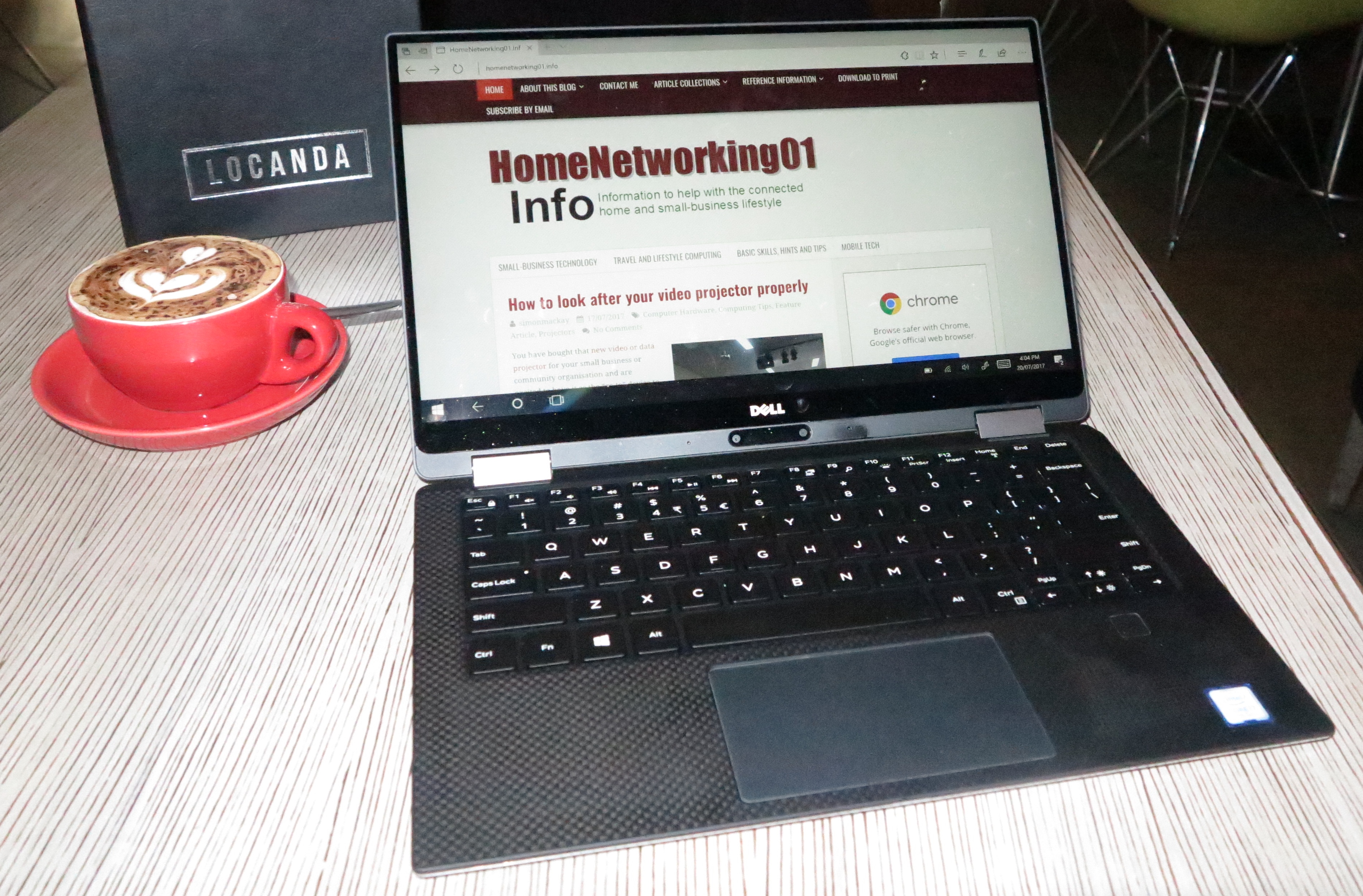 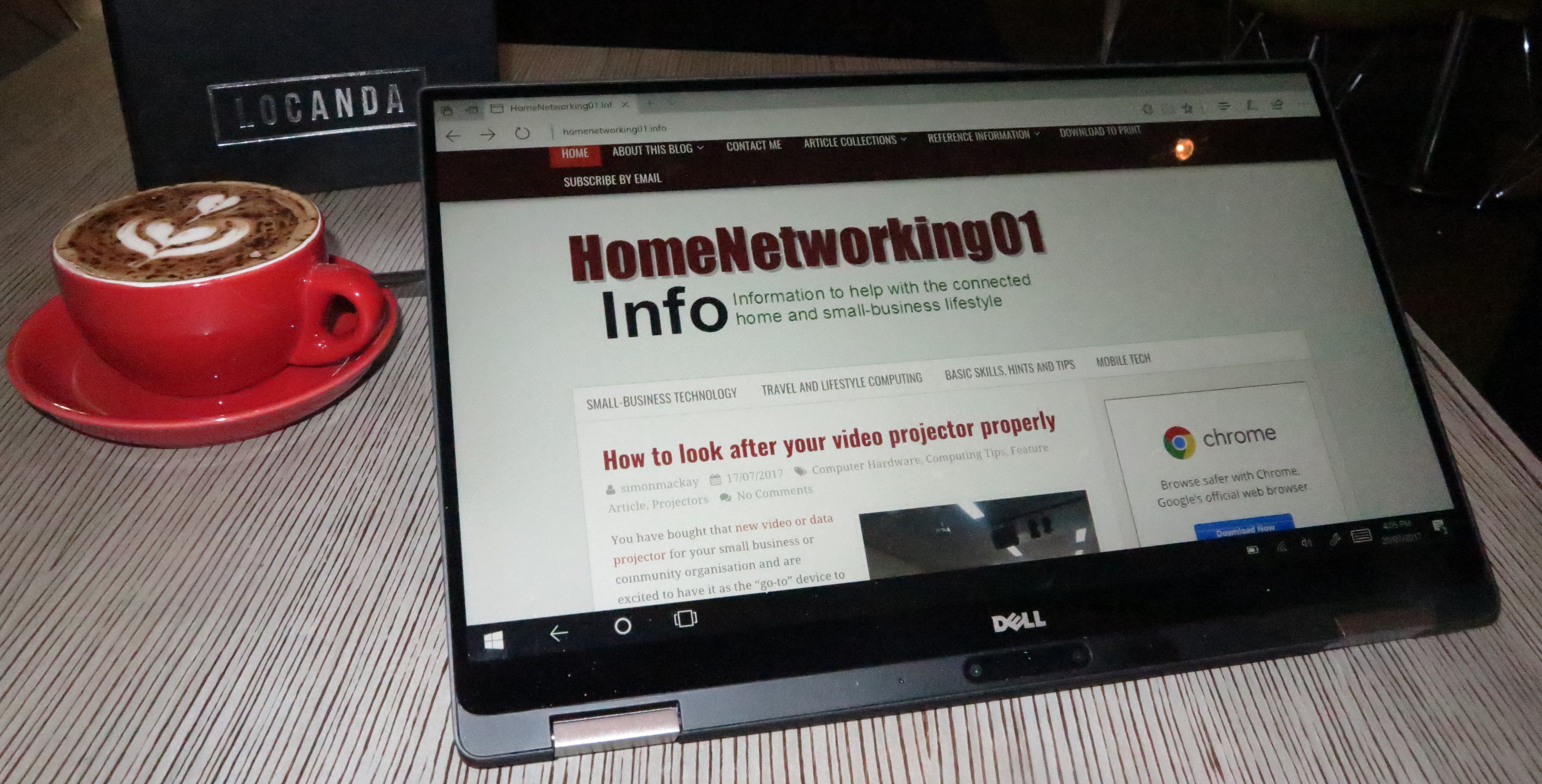 The Dell XPS 13 2-in-1 had the same build quality as the XPS 13 clamshell where it came across as being very durable. The outside is finished in aluminium while the keyboard surround maintains that rubberised finish that provides that tactile non-slippery feel. The only disadvantage I see with this is a combination of oily hands and fine dusty materials may have it look dirty.

This convertible smoothly swivels all the way from closed to a tablet position and even closes up neatly and tightly. This again makes for something that has the smooth feel to it. 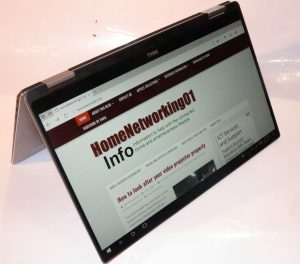 I paid attention to how this computer kept its cool, with respect to system performance, battery runtime and user comfort. Here, I haven’t noticed any overheating going on even after I viewed video content on this system. This is thanks to the metal housing and the way the system is architected to work in the context of an ultra-thin design.

The illuminated keyboard has that distinct feedback that allows for accurate typing especially if you are a touch-typist. It lights up in an “on-demand” manner that avoids excessive battery drain but can be turned off. The way I have seen the keyboard light up means that the keys are more discoverable especially for those of us who are one-finger or two-finger typists.

The multi-touch trackpad works as expected and doesn’t act in a hair-trigger manner, so you don’t have to worry about disabling it if you are working on your lap. The touchscreen works as expected for a tablet screen but at times can be a bit unresponsive especially if you have your hands on the edge.

The Dell XPS 13 2-in-1 comes with a one-touch smartphone-style fingerprint reader just under the keyboard where you just put your finger in the one place for it to be recognised. This works in conjunction with the Windows 10 Hello functionality that allows for fingerprint recognition and Dell also supplied the Keeper password vault for those of us who want to keep our online service passwords on a secure digital keychain.

Here, it is the second consumer-focused computer that I have come across for review to be equipped with such a device, something typically associated with business-grade computers. What I had found from my experience was that it was reliable to scan even if you had something like the oil from deep-fried food on your fingers. But you have to scan your finger lengthways as well as pointing vertically during the Windows Hello setup procedure so it works when you are using the XPS 13 2-in-1 Ultrabook as a tablet.

The Dell XPS 13 2-in-1 implements the MaxxAudio sound-tuning but I have tried it with playing music using the Spotify online music service. Here, the sound from the internal speakers is very typical of what is offered for laptops, especially the “thin-and-light” units thanks to the small chassis. This means that you don’t get the full sound reproduction when you use these speakers and it may be good enough for notification sounds or dialogue, but I would recommend using external speakers, headphones or a sound system if you want to enjoy playing music through this laptop.

The video playback behaviour for this computer has come through very smoothly especially with on-demand content and can show that you could use it for any class of video content. It would also work well for gaming environments that aren’t too demanding.

The peripheral-connectivity options for the Dell XPS 13 2-in-1 are a pair of USB-C connectors. One of these is a Thunderbolt 3 connector that comes in handy with equipment like external graphics modules while the other is equipped with DisplayPort alt connectivity for use when you want to connect an external screen as long as  you use the appropriate adaptor or expansion module dock. Both of these ports implement the USB Power Delivery specification and also implement the PowerShare “sleep and charge” option, only enabled through the BIOS user interface rather than a Windows program.

USB-C as the power connection

The Dell XPS 13 2-in-1 has become the first computer model that I have had access to for review which implements the USB-C connections exclusively as a peripheral connection and power-input connection. It is a sign of things to come with laptops that are designed to be thin and light where this kind of connection will be the only peripheral connection type. But I am pleased that there are the two connections compared to just one of them, thus still allowing you to connect more devices at once. 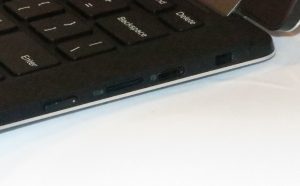 There is also an audio jack as the other device connectivity option, compared to the XPS 13 which implements standard USB connections for other peripherals. Let’s not forget that the XPS 13 2-in-1 comes with a short adaptor cable that allows you to connect devices with the traditional USB Type-A connector to one of the USB-C sockets. If you are wanting more connectivity, I would consider using the Dell DA200 USB-C connector module if it is just external displays, USB peripherals and an Ethernet networks segment you want to connect or the Minix Neo C USB Multiport Adaptor if it’s your digital camera’s SD card you want to download while being able to connect external displays, Ethernet networks and other peripherals.

The secondary storage options available are adequate for most portable-computing needs. This is through the entry-level variant coming with a 256Gb SSD and the premium variant coming with the 512Gb SSD. Personally, I would like to see Dell offer a step-up variant or mid-tier option with the 512 Gb SSD as the only incremental feature over the entry-level model to court those of us who aren’t chasing the performance expectations but want something that can make it appeal as a sole-use computer.

Thanks to the slimline design goal, the Dell XPS 13 2-in-1 convertible laptop has a microSD card slot as its integrated removable-media option. This will be a limitation for those of us who use digital cameras or camcorders and want to download images to the computer by removing the SD-card “film” from the camera and inserting it in the computer. In this case, you would have to use an SD card reader that plugs in to the computer’s USB-C port with or without an adaptor.

The Wi-Fi network adaptor still works effectively even if it is on the fringe of a Wi-Fi network segment and still provides the necessary throughput.

The non-removable battery in the Dell XPS 13 2-in-1 convertible Ultrabook is able to satisfy general-purpose computing tasks for a day without the need for you to carry the charger with you. I even ran a TV show from SBS On Demand for an hour and found that the battery had 68% capacity left in it after that.

These results may be typical for a relatively-new machine and the battery may not last as long for a unit that has been in service for many years.

The people in the different communities that I associate with whom I have shown this computer to are impressed with the fact that this computer answers the thin-and-light market call while also being an elegant 2-in-1 convertible. At the moment the only thing that will put them off the computer would be the price.

As far as the USB-C connections go, an improvement I would like to see would be to provide the same advanced connection types i.e. Thunderbolt 3 and DisplayPort alt on both ports. This may involve having the computer effectively have two Thunderbolt 3 host interfaces and two DisplayPort connections off its Intel HD integrated graphics circuitry, but could allow for simplified error-proof connectivity of display devices and Thunderbolt 3 peripherals.

In relation to the Thunderbolt 3 connection, the Dell XPS 13 2-in-1 could implement a high-power performance-focused stance while it is connected to an external graphics module that supplies the right amount of power. This would then make it able to handle advanced graphics tasks like gaming at home, but this may be limited by issues regarding heat management for a thin-and-light chassis.

A feature that would improve the Dell XPS 13 2-in-1’s useability would be to have dedicated volume buttons on the edge of the screen or as touch buttons on the bottom of the screen to allow the user to instantly regulate sound volume when playing multimedia. This would be more of importance when the computer is operating in a tablet, presentation viewer or tent mode.

Similarly, providing a standard SD card reader in a 2-in-1 Ultrabook like this may be a challenge but could be looked at especially for those of us who use these computers to download pictures or footage from our good digital cameras or camcorders

I would see the Dell XPS 13 2-in-1 Ultrabook as a viable option for someone who is after a “Yoga-style” convertible notebook but want something that conveys a thin, light and elegant image. The configurations that are available at least put its RAM and storage capacities above average for its peers offered by its competitors and definitely underscore value for money for its product class.

Intel Skylake gives you a break for cheaper computers