Europe takes steps towards its own single sign-on services 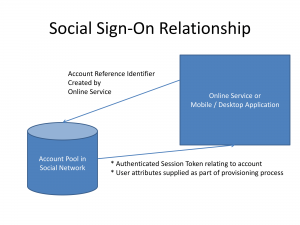 titans with the big stick when they get out of control.

Here, the European values about democracy, user privacy and data-handling transparency have been moulded and established due to Continental Europe passing through some of the darkest periods in history. Through these eras, a significant number of European nations were run as police states with their national-security services were conduction mass surveillance at the behest of the nations’ dictators.

Infact the German-speaking countries of Europe have become strong defenders of this ideal by enacting strong data-privacy laws. It was also underscored with Germany showing strong concern regarding their Chancellor Angela Merkel being spied on by the NSA which led to European government having their information and communications technology business run by local businesses.

Initially, there have been some European companies operating in the online file-storage, Web-search and online-audio spaces like with CloudMe, Qwant, Spotify and SoundCloud. Also France is taking steps towards a YouTube competitor in the form of a peer-to-peer video-streaming service known as PeerTube. As well, there have been a few privacy-centric Webmail providers hosted within Europe like Protonmail. Lately the BMW Group worked on its own voice-driven personal assistant platform for its vehicles and I had valued this as a possible base for a European-base voice-driven assistant platform answering Alexa and co.

But the latest service class to have a European answer is single-sign-on for online services. This has been facilitated in a consumer-facing manner as a “social-sign-on” facilitated by social networks, mainly Facebook and Google. Such systems also implemented a simplified provisioning process with the data that you used to establish your Facebook or Google presence being used to create your account as you come onboard to a new online service.

The main European competitor has come in the form of NetID, created by the European NetID Foundation. This startup has been established by the RTL Group, ProSiebenSat1, and United Internet but is partnering with some other German brands like the Suddeutsche Zeitung and Spiegel newspapers along with the Scout24 online classifieds Websites.

Another is Verimi which is established by Allianz, Deutsche Bank and Lufthansa. This is based on the WebID video legitimisation service to facilitate verification of customers when they establish bank accounts or credit cards. This company is wanting to underscore the quality ethos behind the “Made In Germany” brand.

They offer a single-sign-on experience and a “hardened identity” service to facilitate online transactions. But the end-users have greater control over their own data and this is being driven by the GDPR and other European data-privacy regulations. Let’s not forget that the data is kept on servers that are within Europe.

The European NetID Foundation do expect to work beyond Germany with the desire to cut in to France, Belgium, Netherlands and Austria at the start. This could be facilitated very easily by the RTL Group who have private commercial TV or other media presence in multiple European countries or ProSiebenSat1 who effectively have private commercial TV presence across German-speaking Europe.

There is the one “data point” for each individual customer to make their data-privacy wishes clear. It is accessible from multiple Websites like those run by the different media providers. But each customer has the ability to have granular opt-in / opt-out control over their data with, for example, the ability to let a company they trust run targeted advertising for them but not allow another company they don’t trust to run that same service. The other key factor behind the European NetID Foundation is that it is an open-platform approach with an open-source codebase.

There is also the concept of customer data being managed by a third-party agent but effectively under the control of these end-users. It is also underscored by an open approach that supports the European transparency value and the data cannot be used by a company until the user grants them consent to that data.

At the moment, the European NetID Foundation is at is early days but it will be needing to approach other sign-on situations including support for devices with limited user interfaces. Here, this would be either be about setting up an account with or signing in to an online video service from a TV using its remote control for example.

Personally, I would like to see these companies offer their alternative single-sign-on services beyond Europe, especially to organisations who support and honour European business values.  But I see it as another step towards Europe creating their own online services that break away from Silicon Valley’s stranglehold on our online life.

The Mobile Internet Devices becoming the trend for this year

How do I see the state of play with network-based multiroom audio?