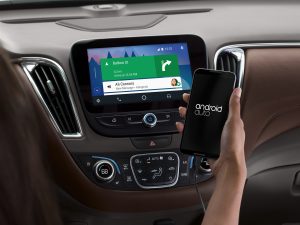 An issue that will become a key trend for how new cars are sold is the supply of options like navigation, smartphone integration or advanced broadcast-radio technology like DAB+ or HD Radio at the time of purchase or after the fact/

Typical realities that come about include when a vehicle changes hands and the new owner wants to add on newer technology; the fact that the existence of some newer features on an older vehicle may raise its resale value; along with “ready-to-go” vehicles existing at a particular dealership such as one in an outer-urban location not being kitted out with a particular option leading to customers who want these options to order a suitably-equipped vehicle from the factory.

But Mercedes-Benz has taken the “software-defined” approach to this situation to allow options to be delivered as if you are downloading an app for your smartphone from the app store. Most of it is facilitated through things like the broadcast-radio tuner in the car radio being a software-defined receiver for example.

It will also appeal as a cost-effective approach towards updating data associated with particular functions like maps that are part of a navigation system or Gracenote music-recognition data for a CD player. It could also appeal as a way to make a newer option available across the manufacturer’s car fleet even after the vehicle is on the road, such as something that is required as part of compliance with newer expectations.

The vehicle will have to be connected to an Internet connection and be based on the Mercedes.me platform to allow users to buy and implement these updates. There may be some options that will require the installation of hardware like, for example, an optical-disc player in a vehicle that didn’t come with one so you can play CDs.

Like with the CD changers that were offered as an option during the 1990s, these features may command a higher premium that something offered through the independent aftermarket. There may also be issues about what is available in a particular country, something that can be of concern for expats that ship their vehicle with them or areas like Europe where one can head to another country by road or a short affordable ferry trip.

I do see this as a trend for vehicle builders that invest in their infotainment systems to implement software-based option delivery for existing and newer vehicles. It may also be a way for mature drivers to acquire newer infotainment functionality without going down the path associated with the “four-wheeled ghetto blaster” often associated with young men who trick out their cars.

40 years of being wired for sound with the personal soundtrack