Most iPads and iPhones updated to iOS 11.2 now safe from the KRACK exploit

Apple fills the KRACK on iPhones – at last | Naked Security

There has been intense computing-press coverage regarding the KRACK WPA2 exploit against otherwise-secure Wi-Fi wireless network segments. As my previous coverage highlighted, most of the major regular-computer and mobile operating systems were updated to rectify the vulnerability associated with this exploit. 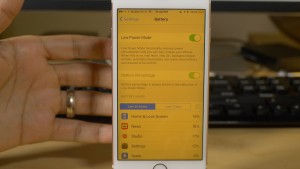 Check the Settings App on your iPhone for the update

But, as I called out in the article, the iOS 11.1 update that Apple rolled out for their iPhones and iPads only remediated the vulnerability on certain newer devices. Here, it was ignoring a larger installed base of iPhones, iPads and iPod Touches by not providing the remediation for devices earlier than the iPhone 7 or the iPad Pro 9.7 (2016).

Now Apple has rolled out the iOS 11.2 update to extend this remediation to more iOS devices in the field. These include:

Here, it means that those commonly-used recent iPhones and iPads are now safe against the KRACK exploit. Check your Settings app on your iOS device to be sure it is up to date with this patch.

Just lately, as Apple were launching the iPhone 5 and the fanbois were lininig up outside the Apple Stores or mobile-carrier outlets to be the first to get this phone, Samsung have been running a video campaign about how more advanced their phones are compared to the Apple product.

Previously, I touched on Android’s competitive-environment abilities such as the use of other browsers or ability to shift content to the phone using the computer’s file system. This has also underscored the ability to provide paths to innovation that we are seeing in devices that work to this platform. The commercial that I am referring to, along with other Samsung TV commercials for the Galaxy S3, even emphasised the near-field communication technology as a content-transfer technology rather than just as an authentication technology, thanks to Android Beam.

Similarly, the latest crop of Windows-based computers that appeared over the last few years are showing that this operating environment is still a breeding ground for innovation. One key feature that we will be seeing more of is the touchscreen on these computers, most of which will have this feature work alongside a supplied or standards-compliant optional keyboard. I even reviewed a taste of things to come when I reviewed the Sony VAIO J Series all-in-one desktop. This was also augmented when I heard of a Toshiba Ultrabook that was to come with an NFC, which could support file transfer in the Android Beam manner.

This is showing that there are other companies and IT operating platforms out there who can make and improve the technology that maintains the “cool factor” in its use, rather than only one company with its platforms. It is the sign of healthy competition when this kind of innovation takes place.