Previously, in Part 1 of my series about the Internationaler Funkaustellung 2015 in Berlin, I had covered the trends affecting regular computers, tablets and smartphones especially with Intel just releasing the Skylake processor silicon which yields better performance for the same amount of power used. This has caused manufacturers to effectively refresh their desktop and portable computer lineups. As well, nearly every computer manufacturer is offering a lineup of desktop or portable computers that shine on gaming-grade performance to appeal to the core gamer and e-sports communities. 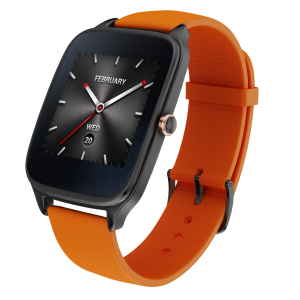 The smartwatch scene is slowly maturing with manufacturers offering more of these watches in their product lineups. The key trends here are about smartwatches that are designed to “look right” for the user and occasion. Here, we are seeing premium smartwatches that would look the part if you are to “dress to impress” on that date or in the corporate boardroom, but there are a few sports smartwatches with the rugged look along with a few “ladies’ watches” that look the part on her wrist.

Samsung had just launched the latest Tizen-based Gear S2 which has a traditional-looking round face and they have co-opted Alessandro Mendini, a well known Italian designer, to design accessory bands and watch faces for this watch.

ASUS has come along with the Zenwatch 2 Android Wear which uses an OLED display and Gorilla Glass protection and comes in 2 different sizes. It even has an add-on battery pack for if you want to get that more runtime out of the watch. Fossil has come up with another Android Wear watch as part of their range. 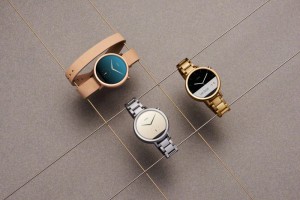 Motorola 360 smartwatches for her

Motorola have built out their Moto 360 range of Android Wear smartwatches with the Moto 360 Sport which is their smartwatch equivalent of the sports watch along with a slender “ladies’ watch” variant that will look good on her wrist. There are different finishes available such as a rose-gold look, a gold look, a silver look and a black-metal look with these watches up for preorder. This is also accompanied with a 1” TV commercial which they used to promote this watch. 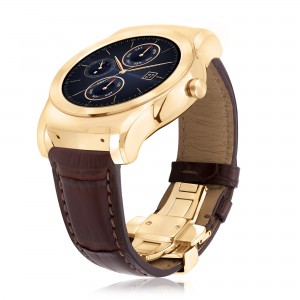 LG have also brought out the LG Watch Urbane Luxe which is a more premium variant of the LG Watch Urbane. This comes with an OLEP flexible display that works like the OLED displays and has a 24-carat gold finish. Huawei’s Android Wear watch can be had gold plated for US$800, gold with a leather band for US$649, black metal for US$449 and a stainless steel look for US$349.

The main trend affecting the home network is the availability of 802.11ac Wave 2 wireless-network technology which implements the MU-MIMO multi-path technology. This has led to some very powerful routers hitting the European market lately which have four MIMO streams and support the “multi-user” feature that effectively creates a Wi-Fi “switch” out of the access point.

ASUS has launched the RT-AC5300  which is considered the world’s fastest Wi-Fi router. This router, which uses spike-shaped antennas can run 1Gbps over the 2.4GHz band and 2.167Gbps over the 5GHz bands.

NETGEAR also fielded the 7800 Nighthawk X4S which is the first modem router to offer this kind of performance. This modem router has a DSL modem on the WAN (Internet) side that can work with ADSL2 or VDSL2 (fibre-copper) networks alongside a Gigabit Ethernet connection for fibre-to-the-premises, fibre-coaxial or Ethernet-based fibre-copper networks; and has on the LAN side, Wi-Fi capable to AC2600 4×4 MU-MIMO dual-band standards along with 4 Gigabit Ethernet connections. It is available in Europe and Australia for a recommended price of AUD$529, EUR€299 or GBP£269. The American press were moaning that they didn’t get this modem router first but they work on a service provisioning method very different to Europe and Australasia where self-install or BYO-modem provisioning of DSL based services is the norm.

D-Link have fielded some home-network hardware in the form of the DIR-885L router which supports 4×4 MU-MIMO AC3150 for its Wi-Fi functionality. They even fielded a USB Wi-Fi network adaptor which can allow any computer to work with an 802.11ac Wi-Fi wireless network. This device’s best-case abilities is to work with Wi-Fi network segments up to 3×3 MIMO AC1900 standards. 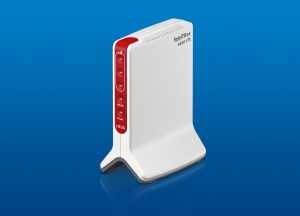 AVM has been very productive with its home-network hardware although this has been very much “in the comfort zone” with existing technology. They have launched the Fritz!Box 4020 which is a small Internet gateway with an N300 dual-stream single-band Wi-Fi access point along with the Fritz!Box 7430 VDSL Internet gateway that has an N450 three-stream single-band Wi-Fi access point. They also launched the Fritz!Box 6820 which is a “Mi-Fi” that can work with LTE mobile-broadband services and implements 802.11n Wi-Fi and a Gigabit Ethernet connection on the LAN side.

Devolo haven’t been quiet lately. Here, they are pitching custoem HomePlug-based powerline solutions including HomePlug access points to ISPs and telcos so they can provision these devices to customers for optimum Wi-Fi coverage. They intend to sell these solutions more likely on an OEM basis. As well, they have launched the dLAN 550 WiFi which is a HomePlug AV500 wireless access point that can establish a single-band N300 Wi-Fi segment. They also used this show to exhibit their existing dLAN 1200 HomePlug AV2 hardware including the dLAN 1200+ WiFi AC which is a wireless access point that answers to the HomePlug AV2 MIMO and 802.11ac 2×2 MIMO Wi-Fi.

Next I will be talking about the home-entertainment trends that are expected to cover Europe and Australasia such as the ultra-high-resolution TV and networked audio. Stay tuned!

Part 2 – Wearables and the Home Network

Part 4 – Home Automation and the Internet Of Things