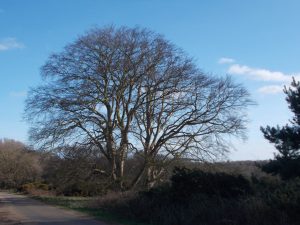 Suffolk to benefit from the B4RN rollout

The B4RN effort is a successful rural broadband effort that relies on community effort to bring FTTP all-fibre broadband to villages within the UK countryside. This has initially taken off within the North of England but is also taking off in Lancashire and a few other rural communities there.

What has been happening in some of the B4RN areas is that the UK’s “broadband establishment” namely Openreach have been building out infrastructure in to those areas to compete with these efforts. This has led to some overbuild taking place at the hands of Openreach which has opened up the possibility of competitive Internet service taking place in those areas.

But this time it is to expand in to rural East Anglia. Initially B4RN instigated an effort to create a fibre backbone from Telehouse North to Lowestoft by leasing some dark-fibre infrastructure. The first building to benefit will be Scole Community Centre, which most likely will be used as a public-awareness “launchpad” for B4RNorfolk’s effort along wiht serving as a core node for the network as what a lot of village halls do in the B4RN networks.

Some of this effort will overbuild established Openreach infrastructure but this will provide some level of competition in the affected communities. Let’s not forget that the kind of broadband service is symmetrical Gigabit fibre-to-the-premises Internet which will place “established” providers on notice.

It is another effort by the full-fibre networks that service rural areas to raise the bar for real broadband in that kind of market.