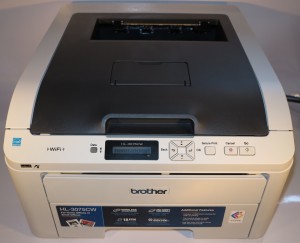 You may have seen the recent TV commercials for Brother’s printers and may be interested in the printers that are featured on them, especially the ones shown at the end of the ad.

This informatiom may be of use if you want to find out more about these printers after seeing that TV ad.

I am reviewing the Brother HL-3075CW colour LED printer which is an economy colour xerographic printer based on LED technology. I have covered this technology before in an article about the difference between laser and LED printer technologies. 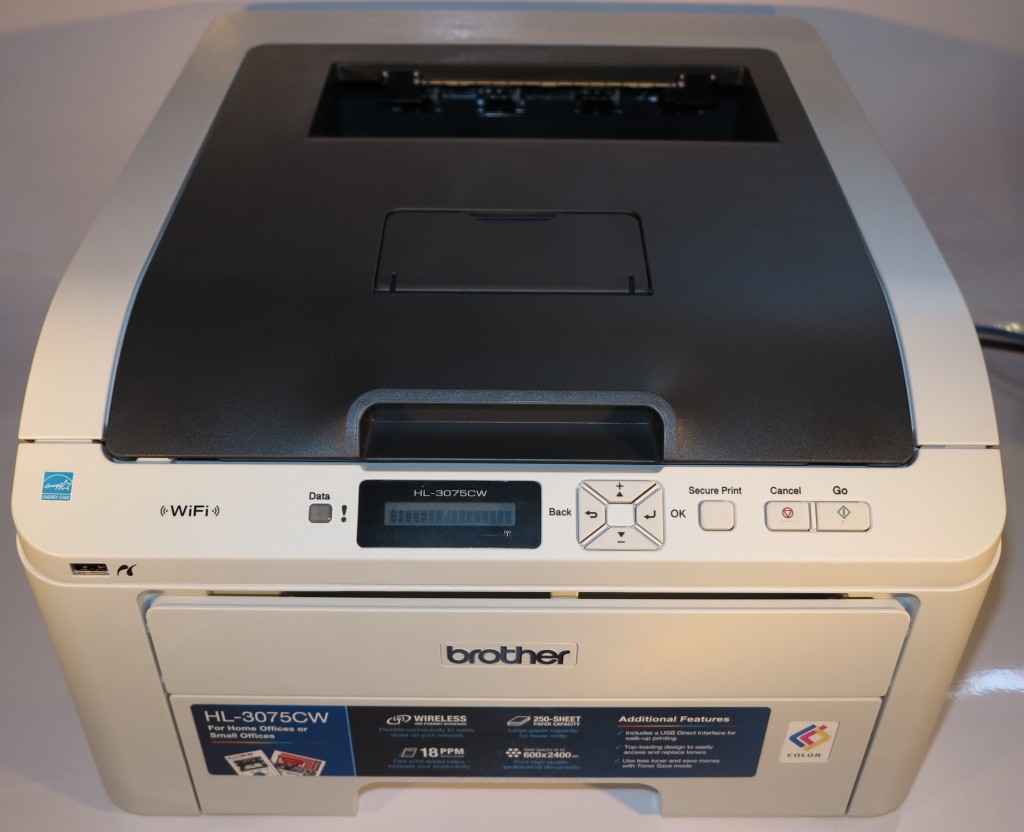 It is worth knowing that Officeworks are selling in Australia a pack of each of the above-listed toners for AUD$375.

The Brother HL-3075CW was very easy to set up. This included establishing it on to the home network via Ethernet and is what I would prefer for any networked printer so as to assure reliable operation. It also is future-proof with inherent support for IPv6.

The Brother HL-3075CW has a USB socket on the front for PictBridge printing from cameras or to print PDF and JPEG files from a USB memory key. The PictBridge setup worked as normal with may Canon PowerShot G1X camera, making use of the camera’s user interface properly. 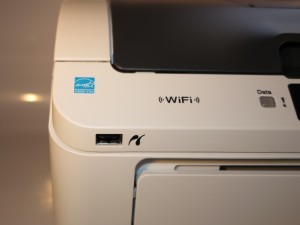 But when you navigated a directory structure of a USB memory key, the display truncated the file and folder names to a shorter form of the kind you would have expected from earlier MS-DOS versions. It could work better by scrolling the full file or folder name if you wait on that folder name without touching any button, and can make it easier to choose the right file to print.

It also works properly with the Brother iPrint&Scan mobile printing app for the iOS and Android platforms and was ready to print when the photo print job was 85% through on my Samsung Galaxy S Android phone.

Although I install the software from the drivers on Brother’s Web site so I can be sure of the latest drivers, the driver installation procedure went smoothly for my Windows 7 computer. This included the ability to discover the printer quickly and without any ambiguity.

The driver’s user interface still has the same features as all the other Brother print drivers that I have used. This is where it clearly shows you the settings you have implemented for your print job so you are sure of what you are specifying for the print job.

The printer supports a “confidential-print” mode which is similar to what is offered on the Brother HL-4150CDN. It is where the job is turned out only when you enter a password that you set when you submit the job from your computer. It has the same user experience with that “pick ‘n choose” password-entry method where the user uses the arrow keys to select numbers for the password. 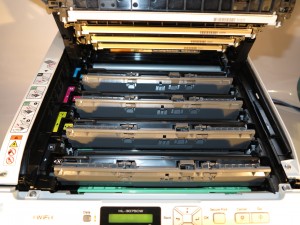 The Brother HL-3075CW printer took 10 seconds from the “sleep” mode to be ready to print. It didn’t matter whether you touched its control panel so as you could adjust a setting or do a “walk-up” print job; or sent a job from a computer. If you did send a job from your computer, the first page would be finished and in the output tray a few seconds later. Even the printout speed was very quick for both the colour and monochrome print runs, in a imilar manner to what was expected for most of the colour laser printers that I have reviewed..

If you print photos on this printer, they do come out noticeably darker and it doesn’t matter if you use 2400dpi or not. As well, the Brother printer doesn’t yield strong colours for the images. I also noticed the same effect with printing a picture that I took on my digital camera through its PictBridge interface.

Other than that, the documents that this printer turn out are very crisp and have that distinct “laser-quality” look about them.

There are ways in which Brother could improve these economy colour LED printers. One would be to provide an auto-duplex mechanism so as to capitalise on the advantages of this feature such as paper being saved and the flexibility that this offers for desktop publishing.

As well, they could provide optional high-capacity toner cartridges like they have done previously for most of the monochrome laser and LED printer range as well as the high-end colour laser printer range. This feature could make these colour LED printers appealingly efficient to run and suit different operating patterns.

Brother could also improve the way their laser and LED printers, especially the colour models, turn out photos so that the pictures come out with improved contrast and colour saturation. This is because most of us may use the photo-printing capabilities on these printers for printing proof images that are used when you shortlist pictures for your print or online publication.

As well, I would like to see the USB port on these printers able to be used for a USB “Human Interface Device”-compliant numeric keypad which works as a password-entry device for the “confidential-print” feature. Brother could then sell one of these keypads as an optional “deal-making” accessory for their business laser printers. 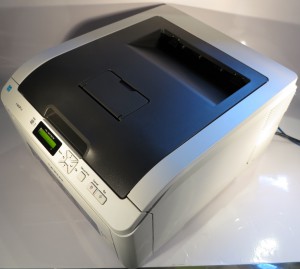 I would position the Brother HL-3045CN as a networked entry-level colour xerographic printer if you don’t place value on the walk-up USB printing feature and the HL-3075CW if you do place value on this function. In some cases, you could use the walk-up USB printing and the wireless network ability as a bargaining chip when you do buy this printer. As well they would work well if you are placing emphasis on them as colour document printers and you don’t intend to print both sides of the page.