I am reviewing the Lenovo ThinkPad Helix 2 which is the first “2-in-1” computer I have experienced  that is pitched at the business user, especially where business-level security is considered important.

There is a “stripped-down” variant that has only 4Gb RAM and 128Gb on the solid-state storage, which may be considered as a starting point when you are bargaining for these tablet computers. 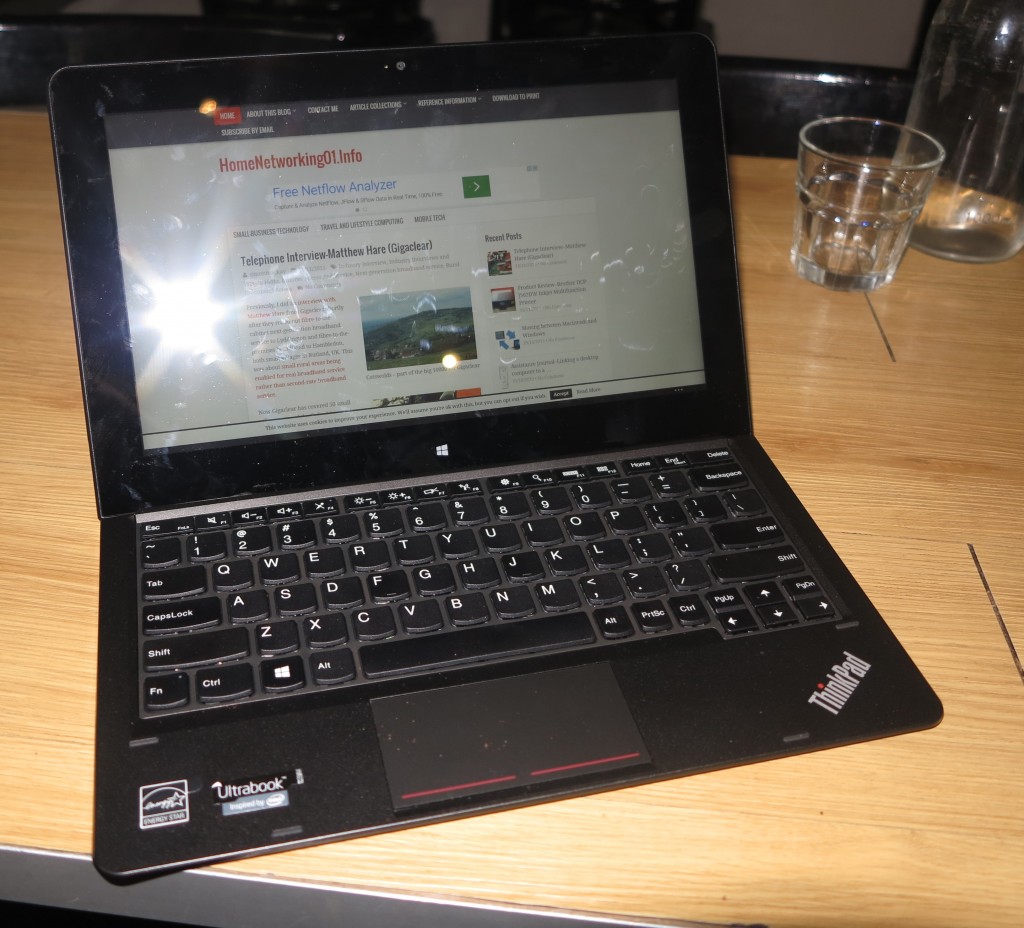 Lenovo ThinkPad Helix 2 – as a tablet

The Lenovo ThinkPad Helix 2 is based on a “detachable tablet” form factor where the tablet docks in to a keyboard base. Unlike other detachable tablets, the tablet computer isn’t mechanically retained in the keyboard dock this wouldn’t be suitable for working on your lap. Rather this arrangement would be limited to working on a table or desk when you type up documents.

The Lenovo ThinkPad Helix 2 didn’t overheat even when I was viewing a run of YouTube videos. This means that it shows a heat-handling behaviour that is expected of a mobile-platform tablet like the iPad or the Galaxy Tab S.

The Lenovo ThinkPad Helix 2 has its keyboard and trackpad on a separate unit that detaches from the tablet. Here, the keyboard was responsive and showed signs of a high-quality unit. It may feel a bit cramped for those of us who touch-type.

As for the trackpad, this behaved properly and wasn’t “hair-trigger”. There wasn’t the ability to turn on or off the trackpad but it may not be an issue for you. 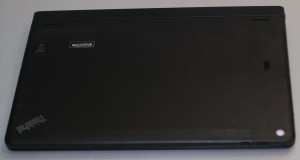 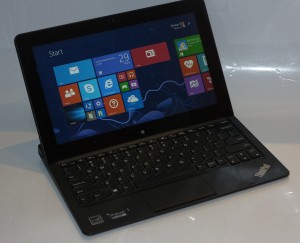 I used the Lenovo ThinkPad Helix 2 for the Skype video interview which I did with Matthew Hare from Gigaclear and this tablet performed excellently through the interview. Later on, I used the tablet to view some older episodes of a show I once liked which were available on YouTube.

The video display came up as being very smooth and sharp for video playback and similar applications. However, I wouldn’t consider this as being suitable for advanced video-editing work.

The sound came through loud and clear for the video content when I used the internal speakers but these would just come in handy for spoken content listened to closely by a few. Here, I would still use good headphones or speakers if you want to enjoy most audio or video content.

There is a full-size USB socket on the keyboard so you can connect a USB peripheral like a mouse or trackball. Personally I would like to also see this replaced with a USB 3.0 socket so you can use USB memory keys with this computer at the best speed.

The tablet has a microSD card slot so you can move data off to your smartphone or use it as backup storage. This is also augmented with a microHDMI socket for you to use when connecting to a larger display.

The review unit came with a mobile-broadband modem but I didn’t have a spare SIM to test this modem’s performance with. As well it came with 256Gb solid-state storage but there is a cheaper variant with 128Gb storage which may be of use if you primarily store your data elsewhere.

I noticed that for reliable operation especially with fringe-area operation or where some legacy 802.11g access points are used, you need to download the latest drivers for the Lenovo’s Wi-Fi network adaptor. This is something you can do using Windows Update.

Most activities didn’t place heavy demands on the battery thus it could be realistic to assume that you can get at least a workday out of this unit without needing to plug it in to AC power. 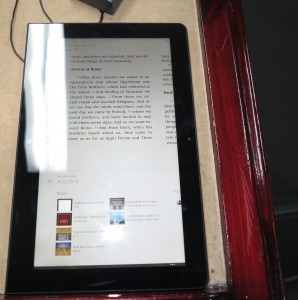 The Lenovo ThinkPad Helix 2 had performed properly with Skype when I did the video conference with Matthew Hare from Gigaclear especially as this had put the Wi-Fi network adaptor along with the system’s computing power and audio-video functionality to the test.

I had shown this computer to other people in the various communities that I deal with and they remarked that it is beyond the norm for the laptops and tablets they are used to using or seeing in action. One café owner in a popular shopping centre reckoned that it conveys the look of business compared to most of the consumer-based portable computing devices he has seen.

Although the review sample of the Lenovo ThinkPad Helix 2 came with Windows 8.1, if you buy one of these units, it will be delivered to you with Windows 10 installed.

There are some features that I would like to see happen for the ThinkPad Helix lineup.

One would be to have a standard SD card slot that could be part of the keyboard at least. Here, it would benefit those of us who download photos from digital cameras especially where the cameras use high-speed standard SD cards for their storage.

Similarly, Lenovo could improve the mechanical attachment of the keyboard unit to allow proper laptop operation. One way this can be facilitated would be to have a kickstand or other mechanism that clips the tablet to the keyboard.

A variant that has the 8Gb RAM and the 256Gb SSD storage but without the business-level security requirements could be positioned for those of us who place emphasis on a durable tablet or 2-in-1.

I would position the Lenovo  business-focused tablet / subnotebook especially where content consumption like Web browsing or reading of online content; or use as a “pad” is expected to be an increasing part of the user’s computing life. It will also serve as a similarly-sized viable alternative to an iPad or Android tablet as a “speaker’s companion” or “preacher’s companion” tablet. 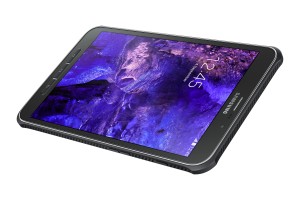 Samsung have released an Android tablet that has for the first time been pitched at business users including tradesmen. This tablet, known as the Galaxy Tab Active has been designed from knowledge Samsung gleaned from their interaction with the US’s Fortune-500 companies about the kind of tablets they require.

Personally, I see this as a small-form 8” tablet that could answer Apple’s iPad as a workplace tablet that is based on a mobile operating system. It is designed to IP67 rugged-use specifications which would make it even useful for outdoor work including as a workhorse for tradespeople who are effectively working out of the back of their vans.

The Android 4.4 KitKat tablet is security-hardened courtesy of Samsung’s KNOX security platform for business Android devices. It can link to an 802.11a/g/n Wi-Fi network and mobile-broadband variants can work with the 4G LTE mobile-broadband services. It has 16Gb memory on board and the ability to work with “infinitely swappable” microSD cards like most other Android devices.

Of course the Samsung Galaxy Tab Active is pitched for business users and may not be easily available through the big-box consumer-technology stores, but would be available through some carrier outlets and business-technology specialists including independent computer / technology stores. The durability aspect could also appeal to those of us who want an Android tablet that “bridges” between the smaller coat-pocket personal tablets and the 10” tablets of the iPad ilk.

There is also the billion-dollar question about whether Android 5.1 Lollipop will be offered to this tablet rather than it being stuck with the Android 4.4 Kitkat software.

Personally I would like to see Samsung offer a 10” variant of this model to the business community for applications where such a screen size can play in handy. As well, if a unit has done its business tour of duty, it could earn its keep as a cost-effective alternative to equipment like the iPad.