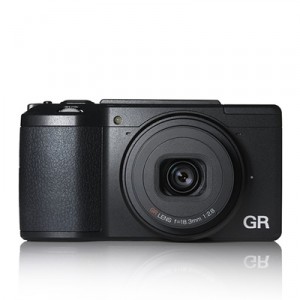 Often we think of the cameras that are integrated in the typical smartphones as competing with the traditional compact digital cameras. Typically the smartphone and tablet cameras win out on integration in to the device we carry around frequently and immediate access to the online world for sharing what we have taken, whereas the compact cameras, especially those modelled on the 35mm compact camera, win out on the body shape, optics, sensor and electronics being tuned for the act of photography.

The main obstacle was taking the images that you took with the camera further using mobile-computing apps and Web sites. This is to do things like “throw” a copy of that image you took to the subject for them to take further or simply to share that image with your friends via Flickr, Picasa or Facebook.

Some newer trends have occurred where the cameras have been equipped with Wi-Fi wireless, Bluetooth or integrated wireless broadband in order to facilitate sharing of images held on the camera. The connection is augmented with front-end apps for image-sharing, cloud-storage and social-network services installed on the camera. There are even a few cases of digital cameras which have the Android mobile operating system as their operating system, with access to the same Google Play app store as you would have on an Android smartphone. This setup allows one to use the apps that exist for the Android platform such as the Dropbox and Facebook mobile front-ends with these cameras.

It is to mitigate the common situation where images have to be downloaded to a computer before they can be shared, whether through the camera being “tethered” to that computer or one removing the “film” i.e. the memory card from the camera and inserting it in the computer.

On the other hand, those of us who have newer Android smartphones and tablets could use a USB “On The Go” cable and either the camera’s USB cable or a card reader to “get at” the images we took with our cameras. Similarly Apple sells an iPad accessory kit which offers this similar function for the iOS devices.

Similarly, cameras that work with the “Eye-Fi” cards can allow you to share the images to your smartphone or tablet so you can take them further with the apps on these devices. They could utilise mobile NAS units of the likes of the Seagate GoFlex Satellite or the Kingston Wi-Drive as extra storage for the images and footage.

How I see this

I see the compact digital cameras existing as a way for those of us who value good-quality images to take these images on the go, including working as an auxiliary camera for big-time photographers.

Whereas the smartphone cameras would work more like the entry-level “quick-snap” cameras of the ilk of the Kodak Instamatics, the Polaroid instant-film cameras and the fixed-focus entry-level 35mm cameras where the goal is simply to grab a quick snapshot of the moment. They would also serve as a tool to create images they can refer to when doing tasks such as dismantling an item or grabbing reference numbers.

Of course the Wi-Fi-enabled camera will have access to the Google Play app store so you can load up Android front-ends to social-Web services, messaging services and the like. Similarly you could load up DLNA server programs like TwonkyMobile to show the pictures you took on your smart TV via the home network. There is an integrated GPS function so you can geotag the pictures that you take.

As the Engadget article went on, it is so easy to think you could load a game like Angry Birds in to this camera and play it but this would drain the battery out too quickly.

The Nikon compact camera has the expectations like 16 Megapixel sensor and a 10x optical zoom. Most Android phone users will rejoice because this camera implements the same kind of OLED multi-touch display that these phones use.

I suspect that this camera is pitched at the smartphone market due to the common practice of using smartphones to take family snapshots and this could yield the concept of using proper Japanese camera optics and a smartphone operating environment for this purpose.

This could become a chance for Android to prove that it isn’t just an operating environment for smartphones, tablets and set-top applications, that it can be used across many device classes.