I am reviewing the Dell XPS L702X 17” multimedia laptop computer which is the first laptop that I have reviewed on this site that is powered by the Intel second-generation “Sandy Bridge” chipset. I have previously talked about the configuration as being something that will change the game for most desktop and laptop computers. 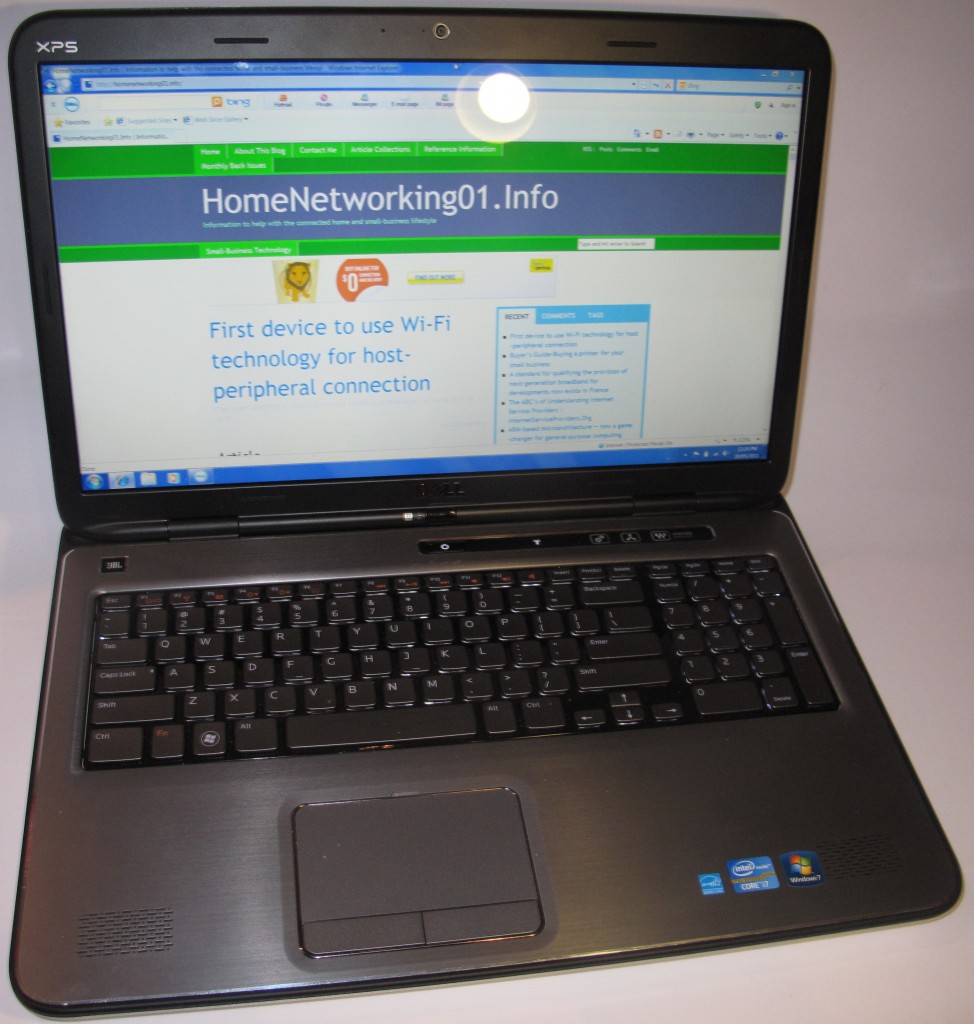 A feature that may position the Dell XPS as an alternative to the one with the glowing Apple logo is the use of aluminium finishing. This is more so with the top of the lid and the bezel around the keyboard area. As well. it is a well-built computer with a sense of quality in the manufacture of the unit. 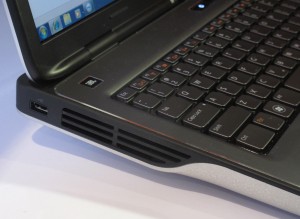 This machine doesn’t get too hot too easily through normal use. It has been brought about through a battery that has a flange that places the computer on a slight angle, a large vent on the left side as well as some venting at the bottom of the unit.

The Dell XPS uses a large illuminated chiclet keyboard with a regular numeric keypad;. This is very different to other Dell laptops which I have used where there is a keyboard style not dissimilar to the typical desktop keyboard. It is still accurate for most touch-typing tasks. The only limitation that I have against it is the small top row which has the function keys as well as the ESC and “Insert”, “PrtSc” and “Delete” keys.

Dell have still marked out the trackpad as a distinct area; with the buttons kept as separate buttons rather than as zones on the trackpad. This still keeps this laptop a very useable computer without having to adopt a new learning curve.

The audio experience for the Dell XPS L702x is markedly different from the typical laptop computer that I have used. Here, I have noticed that this unit can reproduce music with a deeper bass and richer tone at a level comparable to a good portable radio;  and the dialogue and sound effects in a movie have the “full body” in them even through these speakers. This is a prime example of computer builders having compainies with audio-reproduction and speaker-design knowhow “working” their premium and multimedia laptop-computer designs to break away from the mould of “tinny” sound on this class of computer.

This example has been “worked” by JBL, one of a few companies known for extensive speaker design; as well as the use of MaxxAudio DSP logic for processing the sound. There is the option to have Creative Labs technology in the computer alongside the MaxxAudio technology and is available in this review model.

An improvement could be to move the speakers above the keyboard or on the screen so that the sound doesn’t get muffled by you resting your hands over the palm-rest speaker grilles. Of course I would find that headphones or good-quality external speakers would make this sound better.

The display subsystem is based on an NVIDIA chipset but has 3D playout functionality when connected to a suitable external display like most of the “lounge-room” TVs currently offered by most of the major manufacturers like LG, Samsung and Sony. It doesn’t seem to provide support for dual-mode “overdrive switch” in the review sample; but there are cheaper or better options that have this function but under automatic control using the Optimus feature in the new NVIDIA chipsets.

The video display handled the “Top Gear” online videos as best as the site could allow as well as some YouTube videos that I had played through the system. It as also able to hanbdle the special effects in “Munich” off the DVD very well, especially with a lot os smoothness.

I had run this machine through a few mixed-task sessions where I had done some text editing, music playback and video playback with the machine always online through the Wi-Fi network. This was done using the default “Dell” power plan and the battery was able to cope for around two hours.

It was able to run through a DVD movie for 2 hours 33 minutes on regular power mode with the Wi-Fi network still running. This is on the standard battery that came with the system and is a benchmark that I have observed for Sandy-Bridge based laptops.

I would recommend the Dell XPS L702X as a desktop-replacement laptop for someone who wants to head towards the “new computing environment” but want to use a laptop that has the abilities of most current-issue standard desktop computers.

It would work well also as a work-home laptop computer for small-business owner. This is more so if you place value on the multimedia applications such as photo, audio and video editing where you need to use the latest multimedia techniques like Blu-Ray or 3D. In some ways, It could be another of those laptops that could be considered as an alternative to the Apple MacBook Pro laptop.