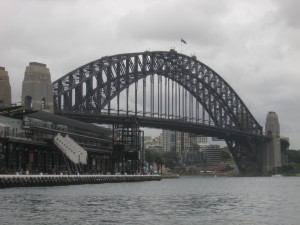 … this time up in Sydney

A highly-politicised National Broadband Network deployment in Australia, which has led to the slow rollout of its services across most of Australia’s urban areas has brought on the arrival of infrastructure-level competition.

This is where independent companies are rolling out fibre-optic or other infrastructure to deliver next-generation broadband Internet service to various neighbourhoods. It has been facilitated by recent liberalisation of the market where multiple retail-level ISPs can buy access to these networks. A similar situation has occurred in the United Kingdom to open up next-generation broadband in to various urban and rural areas thanks to independent operators laying down their infrastructure independent of BT Openreach – the UK’s British-Telecom-controlled equvalent of the National Broadband Network.

One of these that has started taking action is DGTek who had started to run their own fibre-optic infrastructure around Elwood and some of Melbourne’s inner-south-east bayside suburbs, while another of these is TPG who have installed their own infrastructure in a number of apartment complexes across Australia, putting the wind up NBN to cover those locations.

Fiber Corp, a Sydney-based fibre-optic infrastructure company backed by veteran food-industry business and turf identity Nicholas Moraitis who owned the 1997 Melbourne Cup winner “Might And Power”, has started to offer their own competing infrastructure to multiple-occupancy building developments in central Sydney and Mascot. Their infrastructure is based on fibre-to-the-premises implementing Gigabit PON and NG-PON technology capable of offering up to 10Gbps but is being deployed with a similar business attitude to TPG’s infrastructure efforts. Here it is about the “best bang for the buck” where you are thinking about a high-quality service at an affordable price.

Although Fiber Corp is focusing on the larger multi-occupant developments, they have had attracted interest from some of the local councils who are frustrated with the rollout delays associated with the NBN service.