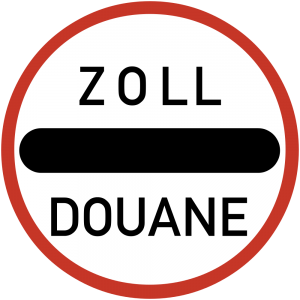 The country who turns out the most precise and most premium traditional watches has taken anther step further with e-government. Here, the Swiss customs authority have worked on a mobile-platform app that overseas travellers use for calculating customs duty and VAT on goods they intend to bring back to Switzerland or registering these goods. This is also part of a simplification effort concerning how Swiss citizens have to deal with importing goods privately such as part of online shopping.

There are questions on what level of functionality this app will provide such as provision of other customs-related information or whether this will work just for private importers only with different software for businesses.

But at least it is an example of a customs authority implementing their e-government goals to more than just large importers. It also is a government department implementing the mobile platforms like smartphones and tablets in this role rather than just using a Web view on a desktop computer for this kind of e-government application.

Over the many hundreds of years, the courts of justice, especially those countries that work to British common law like the UK and Australia, have been overly cautious about the use of recording and reporting technology during the cases brought before them.

Now, a sentencing hearing held in the Scottish High Court has become the first courtroom venue to allow the use of Twitter to permit dissemination of information by observers. The Twitter-based technology would have worked well with remand and sentencing hearings in criminal cases or the conclusion of a case; where there are short exchanges. As well, these hearings, especially the remand hearings may work as a logical bookmark for a court case. On the other hand, “blog-type” reporting, where a regular bulletin is published on a Web page; at the end of each day’s proceedings, could become relevant for long-form civil and criminal cases.

One main concern that the judiciary would have about this is the protection of justice against situations like “trial by media”. It also may be of concern with criminal, family and other cases involving children or other vulnerable people and there is a desire in these cases to limit exposure of these people to pejorative media coverage.

I would suggest that the judiciary investigate the issue of the courtroom and the Internet through various means. This could include integration of questions regarding Web coverage of cases being part of specific cases across the legal fabric; trial-running of specific provisions in particular hearings or cases like what the Scottish High Court had done and even having particular cases of common interest being live-blogged by trusted reporters. As well, lawyers, judges and magistrates who have valuable knowledge or experience concerning the online courtroom should be encouraged to publish their findings as much as possible. The legislative pillar of government should also investigate this topic in case laws have to be revised concerning this practice.

As well, there could be investigation in to secure RSS feeds as a technological measure for the justice system. This is where people have to be authenticated before the can have access to this feed. This could be extended to a courthouse running a case-specific “keep-u-posted” RSS feed service searchable by case number or participant so that people who are part of or are following a case can know what is going.

Once the judiciary investigates the feasibility of the “online courtroom”, they can integrate this pillar of government in to the “e-government” agenda. As well, those who do cover a court case using live-blogging or other online techniques need to keep core principles of justice in their minds.

My comments and brief interpretation

Judging from my basic understanding of the German language together with use of Google’s machine translation, I had “got the gist” of this situation which would be considered hostile to the European Commission’s agenda concerning Microsoft’s Internet Explorer browser.

What I was reading here was that the federal government in Austria were placing heavy emphasis on Internet Explorer 8 as part of their “e-government” initiative. This was including a downloadable toolbar add-in amongst obvious page-optimisation for this browser.

Most likely, I would suspect that, like most large organisations, the Austrian government uses Internet Explorer 8 as part of their standard operating environment and they expect that most users in that country may have stuck with IE8 even during the “Browser Choice Screen” switchover. One could say that this government could get away with this practice because many public and private organisations supply iPhone client apps to make their “front-end” useable on an iPhone which may be platform-specific.

What I would like to see with this is that if the government sites become less useful or unable to fulfil their function because of the preference for a particular browser is concerned, then the sites should be organised to at least fulfil their function no matter the desktop-computer user agent.