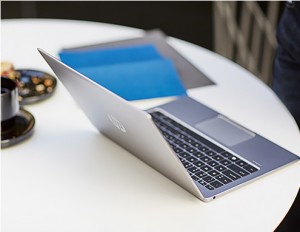 Check that your driver software is up to date on these HP business laptops.

My Comments and further information

Just lately, a security weakness had been found in the Conexant HD Audio driver software that was delivered to a large number of recently-issued HP business-tier laptop computers. It may also affect some of their consumer-focused laptops that run this driver. Let’s not forget the reality that some of you may have one of the affected HP business laptops as a consumer-tier computer, perhaps due to buying an ex-lease or surplus unit. This weakness affects driver versions 10.0.46 and prior versions.

The problem manifests with the MicTray64 program that comes with this software package. Here, it is a keyboard monitor that listens for particular keystrokes in order to allow the user to control the computer’s integrated microphone. But, thanks to debug code being left in the production release of this software, the software becomes a keylogger, writing keystrokes to a cleartext logfile (MicTray.log) in the Users\Public folder on the computer’s system drive.

But what is a monitor program for those of you who want to know? It is a program that “listens” to activity from or to a peripheral for a particular event then instigates a pre-defined activity when a particular event occurs. In most cases, you see these programs in operation when you use a printer or scanner with your computer and they show up a print-job status message when you print or catch scan jobs you started from your scanner’s control surface.

If you have this version of the Conexant HD Audio driver software on your HP business laptop, you may have to use Task Manager to kill the MicTray64 keyboard-monitor process, as well as removing it from the Scheduled Tasks list. It may also be worth moving the MicTray64.exe file out of the Windows\System32 folder and the MicTray.log file out of the Users\Public folder on the system disk to somewhere else on your computer’s file system and see if the computer is still stable and, if so, delete those files.

HP may have software installed on these systems to check for newer versions of the software drivers, which may simplify the process of updating your computer’s drivers and firmware.

This is endemic of a situation where driver software and system firmware is rushed out the door without being checked that it is production-ready and good-quality software. This software ends up as part of the distribution software image that comes with newer computer equipment, including appearing on the recovery partition of your computer’s system disk.

A good practice is to regularly check your computer manufacturer’s Website for newer drivers and firmware for your computer at regular intervals and install this software. This practice will allow you to have a computer that runs in a more secure and stable manner, perhaps gaining some extra functionality that answers current requirements along the way.