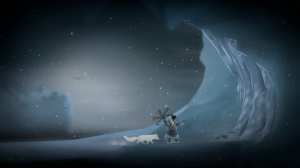 Indigenous plea for NBN in remote areas | The Australian

I have previously stood for rural access to broadband Internet as an enabler for the rural communities when it comes to commercial or government services. But this latest article underscores my standpoint for rural broadband from the arts and culture perspective and enabling indigenous communities located in rural and remote areas.

This was highlighted by the National Congress Of Australia’s First Peoples who wanted to see increased effort in providing the National Broadband Network to the Indigenous Communities around remote Australia. This is in the form of access to arts and culture for these communities, including integration of urban and rural communities.

The same argument could be iterated in other countries that maintain scattered indigenous-people communities like New Zealand with their Maori people or North American with their Red-Indian communities. Here, they would have their unique cultures enhanced by the technology such as through “large-area” ceremonies or similar activities. Similarly, this argument could be raised for the Gypsy and Traveller communities in Europe when it comes to their access to broadband technologies.

In Australia, the remote communities that are outside the reach of the fibre backhaul would be covered by fixed-wireless or satellite links. But I would also like to see the feasibility of fibre links for community clusters with closely-located households, so as to provide higher-quality service in these communities.