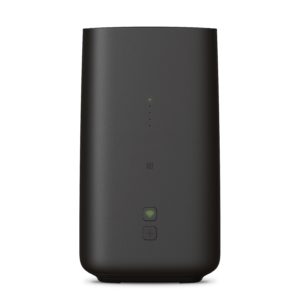 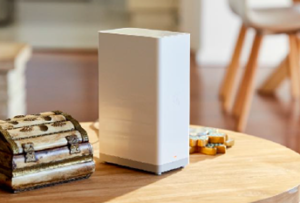 Premium Wi-Fi is a growing opportunity for service providers, both to differentiate and to increase ARPU | Videonet.TV 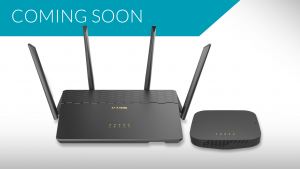 These have been offered either in a mesh-based setup or as a “router and extender” setup with simplified setup and operation procedures. The mesh setup creates a wireless backbone mesh between each of the “nodes” in such a way that any node can obtain a strong high-throughput signal from two other nodes and there is a failover process where if one node is out-of-action, other nodes can keep the coverage going. On the other hand, a “router and extender” setup works like most of the wireless extenders on the market but implements a simplified setup and roaming experience between the router and extenders.

Some of the distributed Wi-Fi network setups also allow for the use of a wired backbone which can cater for difficult wireless-network situations, multiple building setups or even as a robust high-throughput option.

There has been a need for these setups thanks to increased streaming of video content like Netflix along with heavy use of highly-portable computer devices like laptops, tablets and smartphones. But the typical Wi-Fi setup ends up being compromised by many different situations such as routers being installed at one end of the premises, the use of dense or metallic building materials in our houses and apartments or even “white goods” or metallic furniture like filing cabinets installed in a cluster against interior walls. As well, the existence of multiple Wi-Fi networks in a neighbourhood can make things works.

But there are some telcos, cable-TV providers and Internet service providers are offering distributed wireless setups as an extra-cost option for all of their customers, and / or as “part of the package” for their top-shelf packages. This kind of service is also of interest to other ISPs who are wanting to offer that more value to their customers, and is in response to complaints that customers aren’t benefiting from the headline or contracted bandwidth at their devices especially when they are using the Wi-Fi wireless network.

Examples of this are Singtel in Singapore, and Midco (Midcontinent Communications) in the USA are offering a distributed Wi-FI system as their “premium Wi-Fi” option offered as an extra-cost option while Waoo in Denmark are offering it at no extra cost to subscribers who take up their premium Internet packages that they offer with it available for extra cost for people who subscribe to the cheaper packages.

Here, the distributed Wi-Fi setup would be part of the modem-router normally offered as customer-premises equipment with it being managed and serviced by the ISP.  Some of these setups also have TV set-top boxes that also work as access points or as part of the mesh ecosystem, typically using a wired (MoCA, HomePlug AV500) or wireless backhaul. There may also be the use of dedicated access-point nodes around the premises to provide the extra reach to the other areas.

The ISPs are, at the moment, seeing this as leading towards increased customer satisfaction due to the increased stability and throughput realised at the end devices. It is also seen as being equivalent to cable-TV services where customers rent a PVR-based set-top box, because such customers see this as being better value for money therefore less likely to walk away from the service.

It looks like there will be a tight showdown between two of the French telcos when it comes to the multiple-play “n-box” services.

The Freebox Révolution to be replaced with better-performing equipment soon

Free.fr did a bit of initial murmuring this month (July) about the Freebox v7 that will be surfacing on the French market in September. This is a powerful unit that can handle 4K UHDTV and is intended to replace the Freebox Révolution which was known to set the standard for carrier-supplied routers and set-top boxes.

Now SFR have made mention about a triple-play “n-box” service with hardware that is said to be on a par with, if not better than, Free’s setup. Here, this will be about improved Wi-Fi technology of the 802.11ac order, a new design and, like the Freebox, support for 4K UHDTV. This is in conjunction with more sports content and VoD content being made available to their subscriber base on 4K UHDTV.

It will be released in September, concurrently to when Free will put their new Freebox on the market. SFR want to also allow their existing subscriber base to upgrade to this new service for EUR€49 with a 12 month contract.

What is now happening is that the calibre offered for carrier-supplied home-network equipment could be another way where telcos and ISPs in a highly-competitive market could compete against each other. This is in addition to what you could get for your landline or mobile telephony service, your pay-TV service’s channel lineup or your Internet bandwidth and included services for the monthly charge that you stump up.

BT have offered new consumer-premises equipment that has raised the bar for Wi-Fi performance that has been said to be “beyond ordinary”.

Typically a carrier-supplied modem router has been designed as a low-cost item to provide to new customers who are taking on Internet service through that carrier. This typically had customers purchase modem routers with better specifications from anywhere that sold computer equipment with some of these devices having improved throughput or Wi-Fi reception.

This modem router implements a “smart-tune” logic to set itself up for the optimum operating frequency for both the bands when it is set up along with other “smart-scan” logic to keep the Wi-Fi segment working in an optimum manner. There is also extra filtering circuitry added to the Wi-Fi circuitry to deal with overloading from radio activity on the neighbouring wavebands, which is said to happen with UK 4G mobile-broadband deployments.

This kind of technology was causing BT to rate the Smart Hub as the UK’s strongest carrier-supplied Wi-Fi router and I personally see this as appealing to other carriers like Telstra who want to choose the kind of equipment to provide to their customers.

Of course, it has up-to-date Gigabit Ethernet LAN as a four-port switch along with ADSL2+ / VDSL2 modem on the WAN (Internet) side. From what I have read, I am not sure if this modem also offers an Ethernet WAN connection for FTTP or G.Fast (next-generation DSL used for some fibre-copper networks) broadband deployments that implement a separate modem. Similarly, if this modem router implemented a field-programmable “software modem” for its DSL modem, there could be the ability for it to be updated to work with G.Fast technology expected to be used with fibre-copper deployments.

There was also some reference to the BT Smart Hub being compact enough to fit through most of the letterbox slots installed in most UK front doors, with a view of the device being supplied to customers without them needing to be present. But my question about this is whether the size that is quoted is for the unit itself or the unit when it is packed in its box with all its accessories and cables.

BT does sell the Smart Hub for GBP£50 with VAT inclusive or you can have it for free if you choose to “roll over” your BT Infinity Internet service contract or start a new BT Infinity service. Stumping up that £50 for this modem router and setting it up as an access point for your existing wireless router could come a long way as something to extend Wi-Fi coverage or simply “ramp up” an existing home network’s Wi-Fi performance.