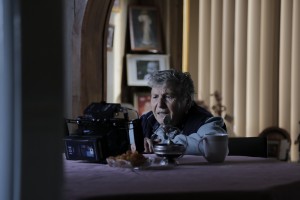 Making the idea of new technologies familiar to the older generation needs to be done at a pace they are comfortable with.

The recent ABC Australia Talks National Survey looked at a wide range of issues including climate change and social respect. But one of the issues that is relevant to this Website is the issue of the digital divide.

This highlights how pervasive personal computing including use of online services and mobile computing devices like smartphones is amongst certain parts of the community. It also includes the issue of missing out on essential services due to not being able to or comfortable about using them the online way.

As it is often discovered, the digital divide potently affects the older generations but also affects people based on income due to access to the necessary technology. What has never been called out was whether the kind of work people do during their working life had affected their risk of falling victim to the digital divide.

The ubiquity of new technologies through one’s productive life 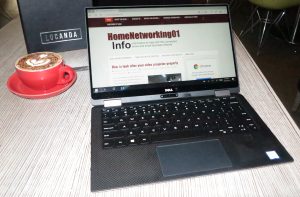 A key factor that I have noticed is how much of one’s school or working life was spent using the technology and how quickly one adapted to newer technologies as they came in to being through their productive life. This is underscored through the evolution of personal computing technology including networked and online computing that took place through the 1980s to the 2000s. As well, the 2000s and 2010s brought about the idea of mobile personal computing thanks to smartphones and tablet computers used both personally and in the workplace.

It became more potent in the workplace through the 1990s as computing power moved to the desktop in an affordable form and this brought about the change from the manual office that is based around typewriters, ledger books and card files to the highly-computerised office based around on-site desktop and server computers which handled word-processing, record-keeping and accounting tasks using computer software.

After the Australia Talks show, I had a follow-up conversation with an older man who worked in an office that was facing this transition revealed that his workplace’s accountant took a long time to adapt his accountancy skills to the highly-computerised office. Here, it was about being able to use the computer software to maintain an electronic equivalent of the ledger books.

Let’s not forget that a significant amount of blue-collar or public-facing work didn’t involve the use of computer technology. In some workplaces, specially-employed staff would collect or provide data to the blue-collar or public-facing workers as they needed it. If the worker ran their own business, they would be performing most of the record-keeping for their business the manual way.

The same situation can be underscored through one’s school life before the 1990s where personal computing tended to play second fiddle. This would be about practices like a separate computer-studies lesson that would be taught in a computer lab equipped with personal computers. Other subjects typically required students to present their work in a handwritten form while teachers engaged in “talk and chalk” presentation techniques for most of their classes.

As well, investment in computer education tended to depend upon the whims of the powers that be that oversee the school, whether they be the school board or the government-based or church-based education authority that the school was accountable to. In some cases, it required private enterprise to “chip in” to provide the necessary capital for this kind of study.

After the 1990s, most schools encouraged the use of office software like word-processors, spreadsheets and presentation software as a teaching tool. This is along with the idea of seeing the computer as a tool to facilitate integrated learning and online research.

Being able to adapt to newer technologies

Let’s not forget that different people adapt to the newer technologies at a different pace. It includes whether they will deploy and encourage the use of that new technology to an area that they have oversight of and with what level of enthusiasm. This may be driven by factors including confidence, financial abilities or whether there is much support for that technology.

Some of use may be more keen in implementing newer technologies in our personal and productive lives, such as being “early adopters” of newer technology. Here, they will typically be interested in what new technologies come their way such as through reading journals, magazines and other material on that subject. This is typically said of younger people who tend to adapt very easily to newer social and other trends.

Similarly, some users have demonstrably wanted to adapt to the newer technologies using various methods such as class-based or self-paced training; and / or playing video games based on the new platform in order to make themselves comfortable with it.

Then there are others who will take a slower approach towards handling anything that is new. This may be due to avoiding being stuck with a trend that may be a “rooster one day, feather duster the next”. Similarly, it may be about waiting for the technology to become mature and affordable for most people before they take it up. Some users may even be very skeptical of any new trend that comes along especially if it is pushed on them. This is often said of mature or older people who are more settled in their ways regarding life.

There are many different reasons why there will be a generation-specific digital divide with the core one being about how much exposure they have to newer information technology through their school and working life.

To assist with this digital divide, there will need to be people within their family and community who can help them understand and utilise the various newer technologies that come their way. It can also be through the use of courses and other computer-literacy education tools that are pitched to this generation and its IT needs.

How about encouraging computer and video games development in Europe, Oceania and other areas

Two ways to put indie games on the map

What is being realised now is that independently-developed electronic games are appealing to a larger audience than most of those developed by the mainstream games studios.

A case to point that has appeared very recently is Untitled Goose Game. This game; available for Windows or MacOS regular computers via the Epic Games Store, and the Nintendo Switch handheld games console via its app store, is about you controlling a naughty goose as you have it wreak havoc around an English rural village.

Here, it uses cartoon imagery and slapstick-style comic approach of the kind associated with Charlie Chaplin or Laurel and Hardy in the early days of cinema to provide amusement that appeals across the board. It also underscores concepts that aren’t readily explored in the video games mainstream.

This game was developed by a small North Fitzroy game studio called House House and had been underpinned by funds from the state government’s culture ministry (Film Victoria) before it was published by an independent games publisher called Panic.

A close friend of mine who is a 70-something-year-old woman was having a conversation with me yesterday about this game and we remarked on it being outside the norm for video games as far as themes go. I also noticed that her interest in this game underscored its reach beyond the usual video-game audience where it would appeal to women and mature-to-older-age adults, with her considering it as a possible guilty pleasure once I mentioned where it’s available on.

With Untitled Goose Game being successful on the Nintendo Switch handheld games console, it could be a chance for Panic or House House to see the game being ported to mobile platforms. This is more for benefit to those of us who are more likely to use an iPad or Android tablet to play “guilty-pleasure” games. This is in addition to optimising the game’s user interface for the Windows variant to also work with touchscreens so it can be played on 2-in-1 laptops.

What is happening is that there is an effort amongst indie games developers and publishers to make their games appeal to a wide audience including those of us who don’t regularly play video games.

The rise of the ‘GranTechie’: closing the generational gap | NBN Press Releases 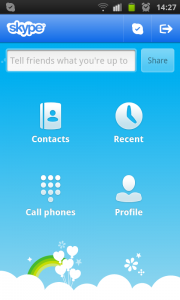 Skype for Android – one of the popular videoconferencing clients

It is now being identified that older people are finding computers and the Internet as valuable communications tools.

One technology that has allowed for this is videocalling that has been facilitated by Skype and Facetime. Both these popular IP videocalling applications have been engineered for simplified operation such as not needing any setup or configuration as far as the network is concerned. As well, Apple baked Facetime in to newer versions of the iOS mobile platform and made sure it had hooks to the user’s contacts directory on their iPhone as well as providing integrated behaviours for this solution. Similarly, Skype is being written to take advantage of application-programming interfaces that the various platforms offer as regards with directory management and other things are concerned. As well, there are smart-TVs and video peripherals that can work as Skype videophones once you add a camera / microphone accessory. These have made the process of making and taking videocalls more simplified and task-focused.

The Lenovo Yoga Tablet 2 tablet – good for Skyping to relatives

As the article has said, the main driver with this is for people and families to communicate with relatives and friends who are separated by distance. An example of this that I have seen for myself was seeing a friend of mine in an armchair at home using their iPhone to engage in a long Facetime videocall conversation with another interstate friend who had a young child. Here, she talked to that friend’s child as though she and the child were in the same room. Similarly, an Italian who is my barber and whose computer I regularly support also makes use of Skype to keep in touch with his family in Italy.

A video call at the dining table

Other technologies that were being embraced were Facebook and email as ways to share messages and photos. They were also raising the issue of the Internet being used to allow this kind of connection on a highly-frequent basis such as every week. The article also highlighted the smartphone and tablet as an enabling form factor due to their highly-portable nature – they can use these devices from where they are highly comfortable as I have cited before. In some cases, it has become possible to show the distant relative around the house simply by carrying one of these devices around during the videocall.

A technique worth investigating and showing to older people and their families is the use of Dropbox and similar services as a way to distribute high-resolution photos and video footage in a manner that allows the relatives to “take it further” like creating high-resolution prints. I highlighted this in an article about making Dropbox and similar services work with a DLNA-capable NAS highlighting the applications like printing, showing on a DLNA-capable TV, or maintaining occasion-based photo/video content pools consisting of images contributed by many people.

What has been shown in the article is that a killer application has been identified for personal-computing and Internet technology amongst a certain class of users. This killer application is for older people to use this technology to maintain contact with distant relatives and friends in an improved manner.