I haven’t reviewed any headphones or headsets for this site in a long time but had bought the Voyetra Turtle Beach M3 gaming headset as a “ring-in” when I left my headphones behind before heading out. Here, I thought that it would be an opportunity to review this headset and assess its prowess as a computer accessory for gaming, laptop and mobile use.

This is a headset that has an in-line microphone for use with smartphones and tablets using a four-conductor 3.5mm plug; or can be connected to a computer or other device using a break-out cable that plugs in to the headphones and microphone jack on the device. 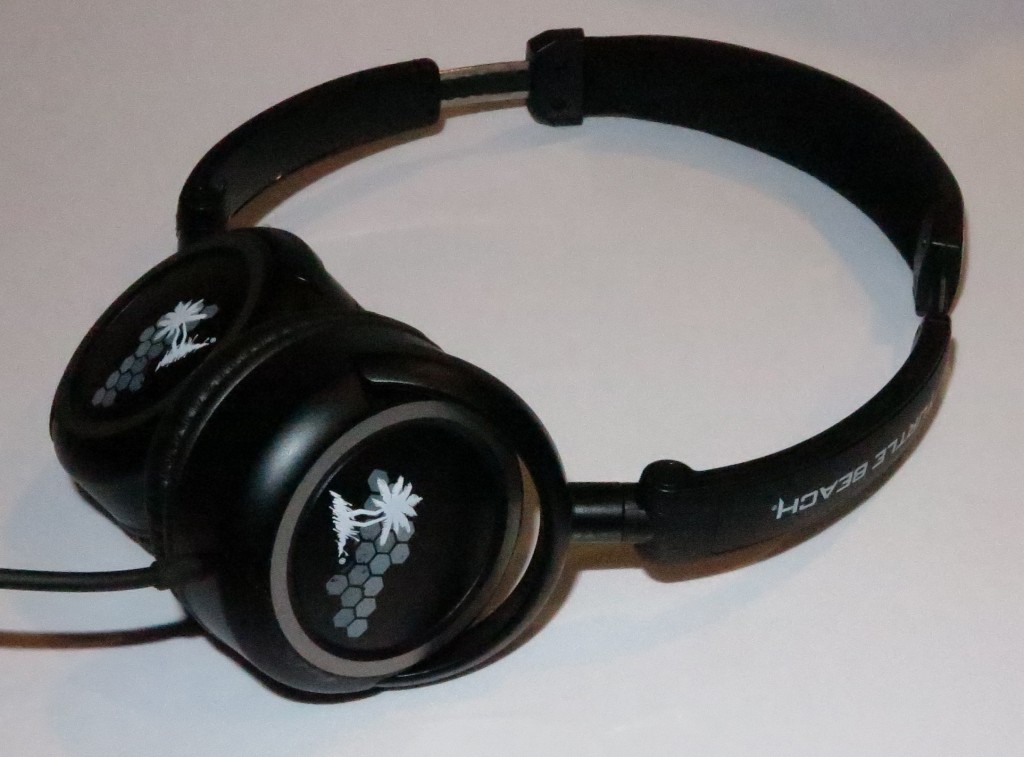 I had purchased this headset from EB Games for AUD$48.

As far as connectivity goes, the Turtle Beach M3 headset doesn’t work well as a headset with my Samsung Galaxy S Android phone and I had to use the jack adaptor to run the headset as headphones. It may work well with iPhones and does work well with laptops that have 3.5mm audio I/O jack like the Dell XPS 13 Ultrabook that I am reviewing. 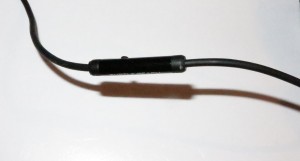 The headset uses a single-sided cable that has an advantage of being less likely to have the sound cut off to one earpiece due to a cord being pulled out. It also has the advantage of having the cord easier to manage as you use or store the headphones.

The Turtle Beach headset’s vinyl earcups do feel sweaty after a significant amount of time wearing them and the headset does feel tight and less likely to slip off your head. 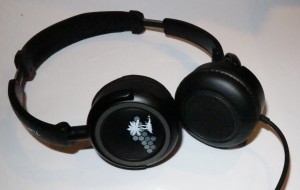 Earpieces with vinyl earcups as if supra-aural, closed-back design

The earcups appear to be supra-aural due to a speaker grille flat across the front but work like the circum-aural design. They also sit effectively on the ear rather than wrap around the ear

One key factor I have noticed with the Turtle Beach M3 headset is that they shine on bass response. This does come through with some recently-recorded funk and soul music where the bass line comes out clear.

As for games and movies with the sound effects, the headset does perform with them. The Turtle Beach headset has shone with the effects at the start of “Kurt Wallander: The Sniper” which I was watching as on-demand video using a review-sample laptop. This is where there was some gunfire from the sniper’s weapon followed by the snarl of a “scrambler” motorcycle’s engine as the sniper escaped. The gunfire had the full “punch” and you could hear the bike’s engine’s distinctive noise was as if you were near one of those trail-bikes.

Here, this represented the kind of effects that are often encountered in video games with the gunfire being part of “shooter” and warfare games; and the motorcycle engine noise being part of what would be heard in racing games.

But I have noticed at times that the higher frequencies can sound a bit coloured without any distinct clarity. This can cause some fatiguing after a while of listening.

I have used the Turtle Beach M3 headset with my phone on a bus, mainly to test for its useability on transport environments. The headset had reduced the engine noise significantly in a way that I was able to distinctly hear the music on my phone easily. This would make it work well when travelling on buses and diesel railcars and may be of use when flying. Even telecommunications voices have come through very clearly as I was able to use the headset as headphones using the break-out adaptor and the phone was running Android 2.3 Gingerbriead and allowing me to use its microphone to speak to the caller. 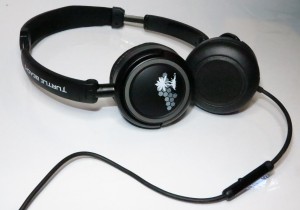 I would recommend that one purchases the Voyetra Turtle Beach M3 gaming headsets primarily for gaming or watching video content in a relatively noisy environment such as while travelling on public transport. For music, you could use this headset when listening to popular music where it is critical to hear that bass-line, again especially in a noisy environment. If you intend to buy them for use as a headset for your smartphone, make sure you can try them out with the phone before you buy them.