Previously, I reviewed the 2008 version of the Western Digital WDTV Live network media player and found that there are some areas where it could be improved on. Now I have been offered the latest iteration of this network media player for review and this review will be an interesting exercise to compare it to the previous model. 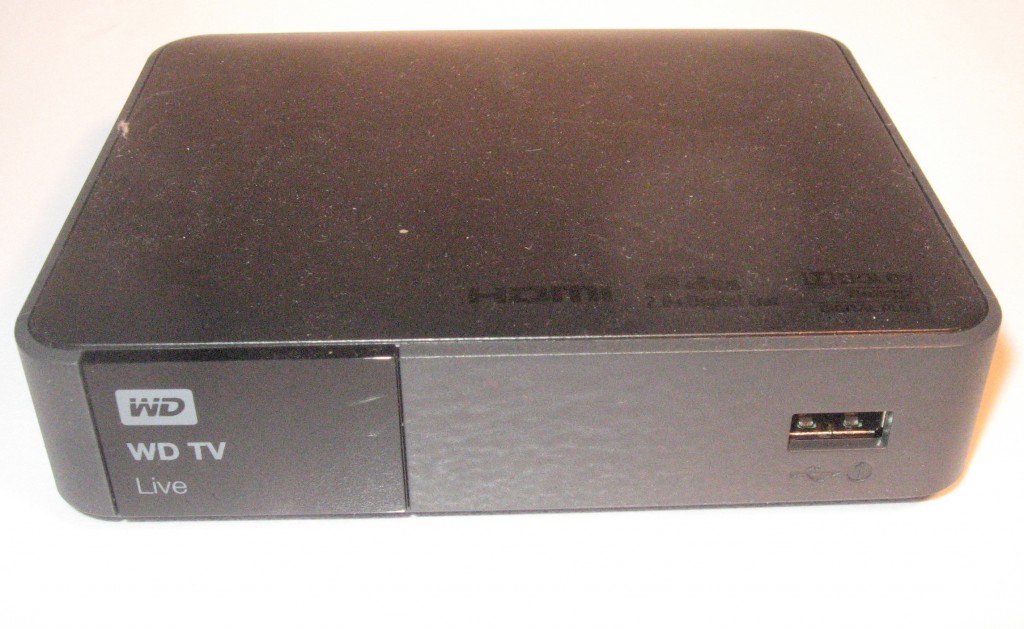 Online functions will change as the device’s platform evolves and will vary by country.

The media player itself 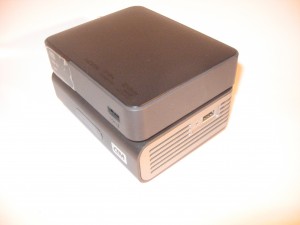 The current edition of the Western Digital WDTV network media player is the similar size to the previous-generations of this network media device but is finished in a newer style with an obvious infrared-remote receiver and an upfront USB socket for memory keys and hard disks. It doesn’t have the “book-style” shape as the previous model and is pitched as a unit to go with a cluster of consumer-electronics equipment.

The WDTV Live’s audio-video connections are similar to the previous model except that there isn’t the component video output jack. This is meant to assume that this device will work with the flat-screen TVs that have the HDMI connection or the legacy CRT TVs and video projectors that use the composite video connection for their external video devices. You still get a breakout cable with 3 RCA plugs on the end so you can connect this device to most of these TVs, in a similar way as you would with most smartphones and some digital cameras.The previous version of this device was a “Wi-Fi ready” device in that it required the user to purchase an additional USB Wi-Fi network adaptor dongle and plug it in to the unit. This time, the WDTV Live comes with the Wi-Fi network adaptor integrated in to the unit and is how I tested the unit.Front view of current model and earlier model

The Wi-Fi connectivity is set up for 802.11g/n wireless networks and supports wireless routers that implement consumer and small-business security methods i.e. WEP and WPA(2)-PSK, including WPS quick-setup routines. The latter can be started from the TV screen through the WDTV Live’s setup menu.It is still sensitive enough for most interactive-TV applications and standard-definition viewing but I would recommend using the Ethernet connection with a HomePlug AV adaptor (if necessary) for better and more reliable throughput. 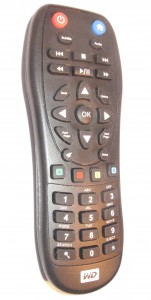 The menu structure and user interface was more like an XBox 360 with recent firmware than the previous model’s interface which reminded me of the XrossBar interface used in Sony’s connected consumer electronics. Here, this interface was able to still work well even with legacy CRT TVs because of having the selected option in the centre and brought up.

It also used the “coloured function buttons” on the remote control which is the trend for consumer video equipment. Here this was used for applying filters or changing list orders for content and other lists. This is compared to the user using a D-pad to do all the control on this device which was the case with the previous model.

I have tried some of the services that come with the system and have noticed that YouTube comes with two user interfaces. One feature that I liked with this YouTube application was that it was able to cater for multiple users. This meant that it held the Google usernames of previous users in memory so different users can log in to their personal user profile and is a step in the right direction.

As far as the Facebook app is concerned, it is totally broken in that it can’t show the photos that are part of the social-media service. You don’t even see the profile pictures for your Facebook Friends, which makes for a disappointing experience with this device. You could see the text on the various Walls or Feeds that you subscribe to and post text-based comments but that’s all.

Most other photo and video applications work as required and the streamed videos and audio content come through smoothly. This is even though I was using it on an older “classic” TV set.

The UPnP AV / DLNA experience that the WDTV Live provides  is still the same as the previous models in that when it comes to photo and video content, it’s slow to load off the network. You can still “pull” content down from your MediaServer device like your NAS using the remote control and the on-screen user interface but the WDTV Live doesn’t work well when pictures or video content is “pushed” to it under the control of a control point.

This could be improved with read-ahead caching and proper handling of queue lists which would be important for this class of device. Once this is ironed out, it could make the WDTV Live media player become a cost-effective tool for network-based content playback including digital signage for the small business.

One main limitation with the WDTV Live family is that it doesn’t support any of the catch-up TV / video-on-demand services that are currently available for the Australian and New Zealand markets like ABC’s iView or the Plus7 service. I have seen other devices including Sony’s BDP-S380 offer this kind of functionality which would bring these services to how they should be enjoyed – relaxing on the couch and watching on the big screen TV.

But personally I would like to see the device’s software and hardware re-engineered for better network and Internet performance. This was also confirmed to me by a close friend who bought the same device and found it didn’t perform as well as it should.

As well, Western Digital could make the next or subsequent generation of this device part of a DLNA-driven multi-room PVR setup for broadcast TV. Here, they could use a box with a hard disk for recording TV shows from a cluster of ATSC / DVB-T front-end tuners using an electronic programme guide. As well, this box is managed by any device compliant with UPnP AV version 4 such as next-generation WDTV Live boxes, allowing for scheduling of TV programmes and bookmarking (shift between viewing locations) amongst other functions.

At the moment, I wouldn’t really recommend the WDTV Live in its present incarnation and would like to see the arrival of cost-effective video-based network media players that have access to the full plethora of network media services and work responsively and properly for the DLNA Home Media Network whether under “pushed” or “pulled” conditions.