Apple, Amazon and Google have or are establishing audio-video platforms based around their smart speaker and set-top devices. This is in order to allow you to stream the audio content from video you are watching through their companion audio devices.

The idea with these setups is to “gang” the platform-based set-top box and the speakers together to provide improved TV sound for online services like Netflix. Some like Amazon describe this approach as home theatre but what happens is that if you have a pair of like speakers ganged with the set-top device, you have stereo sound with increased separation at least. It is based around these companies building it to their platforms the ability for users to have two like speakers in one room set up as a stereo pair for that same goal. Amazon’s setup also allows you to use their Echo Sub subwoofer module to improve the bass response of their setup. 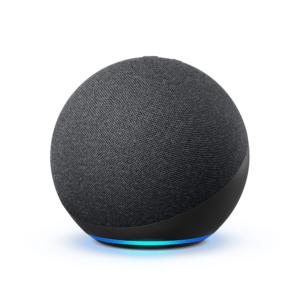 It is in addition to being able to stream the sound from an online video source you are watching using these set-top devices to a smart speaker of the same platform for remote listening.

The current limitation with these setups is that they only work with online sources provided by the set-top device that is the hub of the setup. This is because neither of these devices support HDMI-ARC functionality in any way, which allows sound from the TV’s own tuner or video peripherals connected to the TV to be played via a compliant audio device.

These companies who are part of the Silicon Valley establishment see the fashionable way to watch TV content is to use online video-on-demand services facilitated by their own set-top devices. But some user classes would benefit from HDMI-ARC support in many ways.

For example, the TV’s own tuner is still relevant in UK, Europe, Oceania and some other countries due to these areas still placing value on free-to-air broadcast TV. This is centred around the ingrained experience of switching between channels using the TV’s own remote control with the attendant quick response when you change channels. It is also becoming relevant to North America as cord-cutting picks up steam amongst young people and they look towards the TV’s own tuner alongside an indoor antenna to pick up local TV services for current news or local sport. 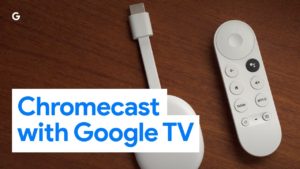 As well, some users maintain the use of other video-peripheral devices with their TVs. This will apply to people who play games on their TV using a computer or games console, watch content on packaged media like DVDs, use PVR devices to record TV content or subscribe to traditional pay TV that uses a set-top box.

It will be interesting to see whether this operating concept regarding set-top devices and smart speakers that is driven by Apple, Google and Amazon will be developed further. Here this could exist in the form of set-top devices and platforms that are engineered further for things like HDMI-ARC or surround sound.

There will also be the question about whether these setups will ever displace soundbars or fully-fledged home-theatre setups for improved TV sound. On the other hand, they could be placed as a platform-driven entry-level approach for this same goal.

Here, I am talking about DLNA-capable media-player or media-renderer equipment, rather than media-server or media-controller equipment. This is to cater for setups where a dedicated media server device like a personal-TV service or hard-disk-based media jukebox device is part of the equation due to its role as providing media for the network.

One DLNA-equipped unit in the same rack

It may be more efficient and cost-effective to have just one DLNA Media Player unit such as a DLNA-capable flatscreen TV, network media adaptor or video-games console, in the rack. This may be cost-effective when you are getting your feet wet with network-based audio and video or the setup comprises of a TV and a video peripheral that doesn’t have its own speakers. It may also be easier to manage in relation to integrating with the home network or gaining access to the media on the DLNA-capable media server(s).

Two or more DLNA units in the same rack

This situation will appeal to people who are taking advantage of the fact that, over time, DLNA media playback will appear in more pieces of home AV equipment at price points affordable for most people. It will also appeal to people who upgrade their home-entertainment setup to newer technology on a “piece by piece” basis as and when they can afford it. It involves the same AV rack having two or more DLNA media playback devices like a TV and a home-theatre receiver.

One main benefit of this setup would be to perform network-media tasks with one piece of equipment. This is more so with a network-ready home-theatre receiver that has a good onboard display or is capable of working as a network-controllable “media renderer” because you don’t need to turn on the TV if you just want to listen to music. Similarly, you could have a DLNA-equipped TV show a collection of pictures related to a party you are hosting while your DLNA-equipped home-theatre receiver plays music during the party.

It also allows for the use of components that excel at playing particular types of content like, for example, a network-capable receiver that is highly-tuned for audio content or a DLNA-compliant TV that works with the latest codecs. Similarly, you may have a games console that may run games that make use of media held on secondary storage integrated with or attached to the console or available on the network. A possible example of this could be a “street racing” game of the ilk of “Need For Speed Underground” where the driver chooses the style of musical accompaniment for their drag-racing and drifting challenges.

What should I go for

This depends on your setup. If your setup is primarily a video setup with just a TV and one or two video peripherals, you could just add one DLNA-capable playback device to the setup.

But if your setup has a separate amplifier or you intend to add a home-theatre sound system with its own amplifier and speakers, it may be worth running a separate DLNA media player capable of playing sound independently of the television. Similarly, if your home theatre has a DLNA-equipped plasma or LCD TV that is used for “regular viewing” and a projector-screen that is used for “special viewing” like Hollywood blockbusters or major sports events, you could use a separate DLNA media player like a DLNA-enabled Blu-Ray player with the projector.

Things to remember about such installations

If you intend to install multiple network-ready devices in a home-theatre setup, you will need to make sure these devices connect reliably to your home network. If your network runs WiFi wireless, you might be tempted to connect the devices to the WiFi wireless segment, either through integrated WiFi connectivity that the device has, by purchasing the optional USB WiFi kit that the device’s manufacturer offers or by purchasing an Ethernet-WiFi client bridge device from a computer store. The limitation with this is that WiFi wireless networks can be very flaky at the best and the problem can be made worse with metal shelving or a metal frame; or installations that are close to a brick or stone chimney.

It may then be preferable to use wired networking such as Ethernet or HomePlug powerline to the entertainment rack with the components connected via an Ethernet switch to the Ethernet or HomePlug backbone. This kind of setup will lead to the networked components in the home AV rack operating reliable when it comes to network and Internet activities. There are some HomePlug-Ethernet bridges, available in either HomePlug 1.0 Turbo or HomePlug AV, that have a switch with 3 or 4 Ethernet ports. These units can definitely do the job of bridging a rack of networked AV equipment to a HomePlug segment.

Once you know what direction to go for as far as far as DLNA-capable devices in a single AV rack is concerned, you can then know how to integrate your AV racks in your home’s or business’s DLNA media network.