Home
Computer Systems
Laptop, Notebook and Netbook Computers
The Dell XPS 13 is now seen as the benchmark for Windows Ultrabooks

Other reviews in the computer press 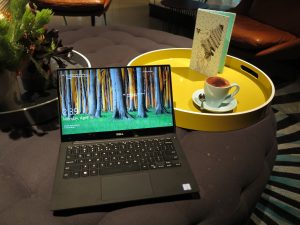 A 13” traditional laptop found to tick the boxes

This year’s computing improvements from Dell (2019)

Reviews of previous generations of the Dell XPS 13

Of late, the personal-IT press have identified a 13” ultraportable laptop computer that has set a benchmark when it comes to consumer-focused computers of that class. This computer is the Dell XPS 13 family of Ultrabooks which are a regular laptop computer family that runs Windows and is designed for portability.

What makes these computers special?

A key factor about the way Dell had worked on the XPS 13 family of Ultrabooks was to make sure the ultraportable laptops had the important functions necessary for this class of computer. They also factored in the durability aspect because if you are paying a pretty penny for a computer, you want to be sure it lasts.

As well, it was all part of assuring that the end-user got value for money when it came to purchasing an ultraportable laptop computer.

In a previous article that I wrote about the Dell XPS 13, I compared it to the National Panasonic mid-market VHS videocassette recorders offered since the mid 1980s to the PAL/SECAM (Europe, Australasia, Asia) market; and the Sony mid-market MiniDisc decks offered through the mid-late 1990s. Both these product ranges were worked with the focus on offering the features and performance that count for most users at a price that offers value for money and is “easy to stomach”. 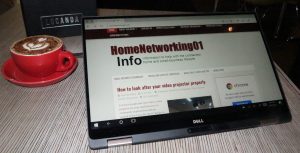 The Dell XPS 13 is able to be specified with the three different Intel Core CPU grades (i3, i5 and i7) and users could specify it to be equipped with a 4K UHD display option. The ultraportable laptop will have Intel integrated graphics infrastructure but the past two generations of the Dell XPS 13 are equipped with two Thunderbolt 3 ports so you can use it with an external graphics module if you want improved graphics performance.

There was some doubt about Dell introducing a 2-in-1 convertible variant of the XPS 13 due to it being perceived as a gimmick rather than something that is of utility. But they introduced the convertible variant of this Ultrabook as part of the 2017 Kaby Lake generation. It placed Dell in a highly-competitive field of ultraportable convertible computers and could easily place a focus towards “value-focused” 2-in-1 ultraportables.

What will this mean for Dell and the personal computer industry?

The question that will come about is how far can Dell go towards improving this computer. At the moment, it could be about keeping each generation of the XPS 13 Ultrabook in step with the latest mobile-focused silicon and mobile-computing technologies. They could also be ending up with a 14” clamshell variant of this computer for those of us wanting a larger screen size for something that comfortably fits on the economy-class airline tray table.

For the 2-in-1 variant, Dell could even bring the XPS 13 to a point where it is simply about value for money compared to other 13” travel-friendly convertible ultraportables. Here, they would underscore the features that every user of that class of computer needs, especially when it comes to “on-the-road” use, along with preserving a durable design.

Other computer manufacturers will also be looking at the Dell XPS 13 as the computer to match, if not beat, when it comes to offering value for money in their 13” travel-friendly clamshell ultraportable range. This can include companies heavily present in particular market niches like enterprise computing who will use what Dell is offering and shoehorn it to their particular niche.

Most users could get by with a Dell XPS 13 that uses an Intel Core i5 CPU, 8Gb RAM and at least 256Gb solid-state storage. You may want to pay more for an i7 CPU and/or 16Gb RAM if you are chasing more performance or to spend more on a higher storage capacity if you are storing more data while away.

If there is an expectation to use your XPS 13 on the road, it would be wise to avoid the 4K UHD screen option due to the fact that this resolution could make your Ultrabook more thirstier to run on its own battery.

The 2-in-1 convertible variant is worth considering if you are after this value-priced ultraportable in a “Yoga-style” convertible form.

What I have found through my experience with the Dell XPS 13 computers along with the computer-press write-ups about them is that Dell has effectively defined a benchmark when it comes to an Intel-powered travel-friendly ultraportable laptop computer.

Should the Android platform be exclusively dependent on the Google Play app store for software?