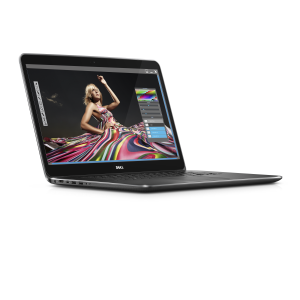 There are times where a product is identified as being able to “tick the desirable boxes” for a product of its class. Here, it has the right combination of build quality and functionality and the manufacturer performs incremental changes to that product when they evolve the model without destroying what it’s about.

One example that showed up in the mid 1980s were the mid-tier VHS video recorders that Panasonic offered to the PAL / SECAM (Europe, Australia, etc) markets through that era. The cost-effective front-loading video recorders “ticked the boxes” for essential “home-video-recorder” functionality such as an infra-red remote control which controlled the machine’s tape transport and changed the channels on the unit’s tuner. This function effectively “modernised” older and cheaper television sets instantly because you were able to change channels with the video recorder’s remote. For Australia, it also meant added UHF TV reception to the older TVs that could only pick up VHF TV channels through the use of a mechanical “click-click-click” rotary tuner. Their trick-play functionality had just the picture-search as well as a still-frame when in pause. But these machines still did the job for reliability and durability through their era, whether it came to playing many rented video movies, recording TV content or adding remote control to older TVs.

Another example that occurred in the mid-1990s, was a series of Sony hi-fi MiniDisc decks including the MDS-JE520. These provided functionality that exposed MiniDisc as a cost-effective record / edit / play format for community radio, drama groups, churches and allied user groups. These users benefited from the ability to edit their recordings in a non-linear method and label them as they see fit with the label text appearing on the machine’s display. But one function that appealed to this user base was the “auto-pause” function that stopped the deck at the end of a track while cuing up the next track. This gave these MiniDisc decks “playout” abilities where pre-recorded content can be played out on demand without it “running on” to the next item. 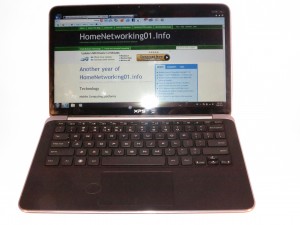 Dell XPS 13 – when it first came about

But what these devices have is the ability for a manufacturer to provide essential functionality along with the desired performance and reliability at a price that is affordable for most people in the market for this kind of equipment. As well, the manufacturers were able to refresh the products with newer technology without losing sight of the original goal for that model and its positioning.

Dell has underscored these values with their XPS 13 range of 13.3” “portable-typewriter” laptop computers of the kind that would suit someone who does a lot of travelling or makes use of a café as a second office. I have reviewed a Dell XPS 13 Ultrabook when Dell first started this range of computers. These Ultrabooks were positioned not as “Yoga-style” 2-in-1s that can become a tablet but more as a traditional notebook computer. Nor were they intended to look like an Apple Macbook. Rather they were about the core functionality and the build quality they offered.

Each time Dell refreshed the XPS 13, they provided the technical improvements that were to really benefit the user experience rather than add unnecessary features. This included a very narrow bezel which allows for a smaller 13” notebook while touch-enabled variants were equipped with an Intel i7 processor. Of coures, the baseline models had the Intel i5 processor, 8Gb RAM and 256Gb solid-state drive which means that you have some room to grow while you have a highly-performing laptop thrifty on battery consumption.

What this is all about is to make a product that combines the right mix of features and specifications, the right build quality and be priced right for the users and keep it that way whenever the model is refreshed. Then the manufacturer could be on a winner.