I am reviewing the Brother PT-P910BT Bluetooth label printer that uses USB-C or Bluetooth host-device connectivity to print out labels using Brother’s TZe family of label tapes. This means it doesn’t use your home network for this purpose, rather it uses local peripheral connectivity approaches. 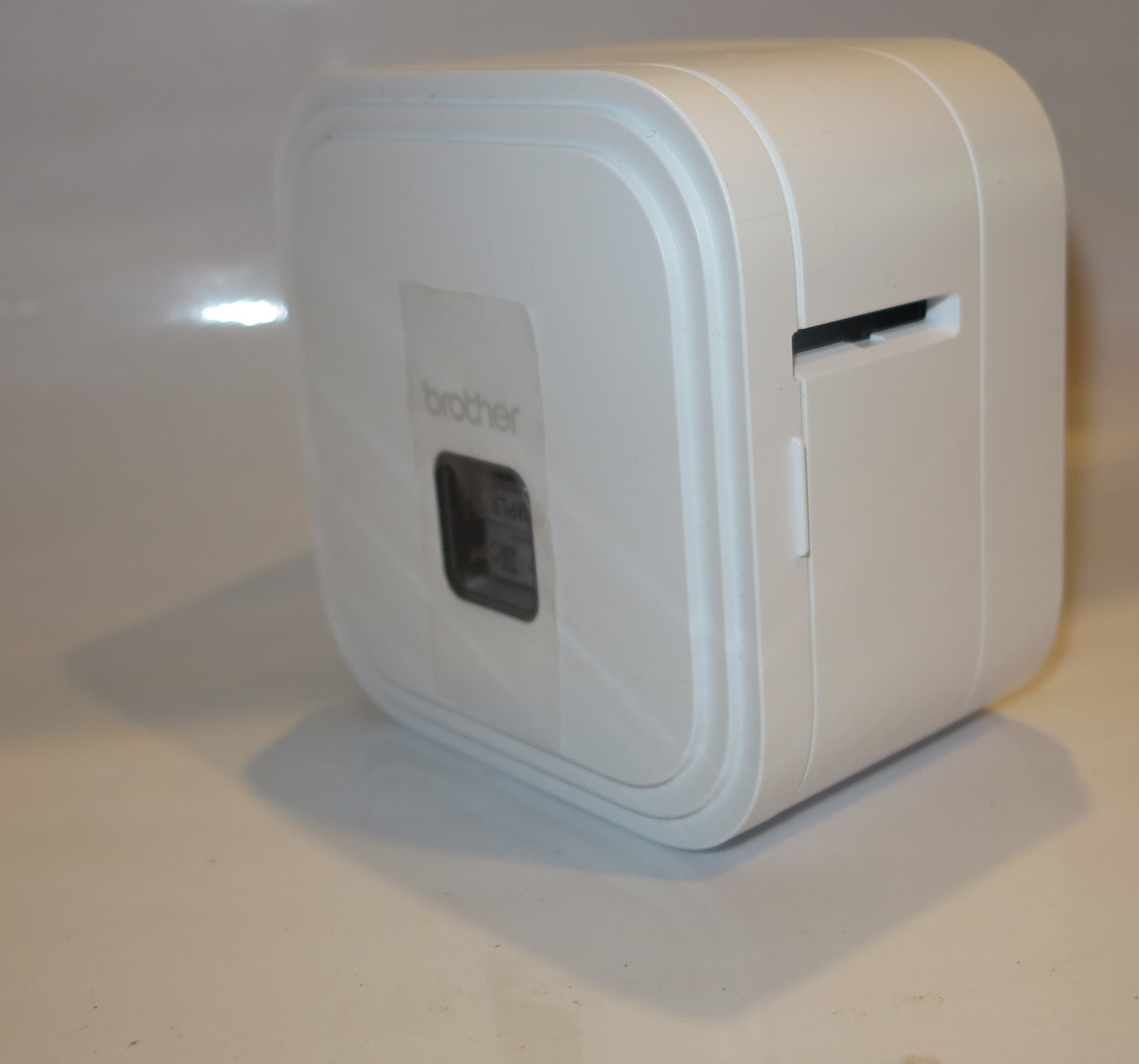 The Brother PT-P910BT Bluetooth label printer is similar to the PT-P710BT label printer that I have previously reviewed. Here, these devices work on an USB power or a user-replaceable battery pack installed within the unit. They talk to the host computing device via a USB or Bluetooth connection working in a similar vein to a direct-connected printer.

They are dependent on Brother’s P-Touch software for regular Windows or Mac computers or the iPrint&Label for iOS and Android mobile-platform devices. As well, the use Brother’s TZe cartridge-based direct-thermal tape platform. 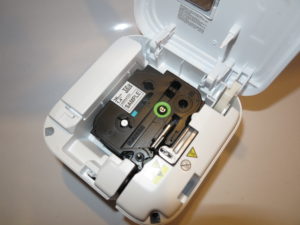 This can use the 36mm TZe label tapes that are wider

But the similarities stop here. The PT-P910BT which is finished in white is capable of working with TZe label cartridges that use 36mm-wide tape in addition to the narrower label tapes. That is compared to the PT-P710BT using label tapes with a maximum width of 24mm. Even if it appears to be thicker to accommodate wider tape, the Brother PT-P910BT label printer can be laid flat or be stood upright. 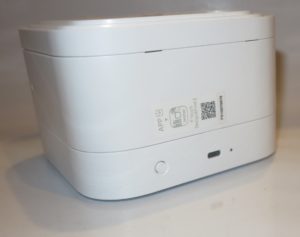 Uses a USB-C socket for data connectivity or power charging

Here, it has become the first Brother label printer that I have had for review that uses a USB-C connection for charging or wired connection to host computing devices.

Setting the Brother PT-P910BT label printer up with a mobile-platform device was simple. Here, you held down the power switch until the light flashed to make the printer discoverable by the mobile device, then you had to use iOS or Android to pair the printer to your smartphone or tablet. 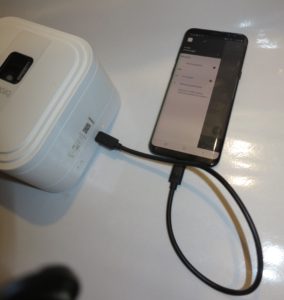 This can connect directly to your USB-C-equipped Android smartphone using a USB-C cable. You have to select USB as the connection type on iPrint&Scan in this case.

After that, I had to make sure that Brother’s iPrint&Label Android software was downloaded from Google’s Play Store and installed on my Android smartphone. I also tried connecting the Brother PT-P910BT Bluetooth label printer to my Samsung Galaxy S8 Plus Android smartphone using a USB-C to USB-C cable and used the same iPrint&Label app to make a label using this connection. This was feasible once I tapped on the device name and then selected USB as the connection type to use within the same app.

For your Windows computer, you had to download then install the Brother P-Touch software, with an installation step having you connect the printer to your computer via USB. The Bluetooth setup process became awkward at some point because the Brother software invoked Windows and failed to discover even when the printer was in Bluetooth-discovery mode and the computer could “hunt” for Bluetooth devices.

Once set up, the Brother PT-P910BT Bluetooth label printer was able to turn out labels very quickly and clearly. It

But it still works as a Bluetooth labeller

didn’t matter whether were working with the P-Touch Editor on Windows or iPrint&Label on Android.

The printer can work with two Bluetooth-connected host devices concurrently but you will need to wait until it has finished printing before you can submit your label job from the other device.

The single light can be very confusing when it comes to knowing whether the unit is on an active Bluetooth connection or not, or if there is enough power in the battery. There is a second light near the USB socket to indicate whether it is charging or not. Personally, I would like to see a steady blue light glow during a Bluetooth connection and flash while it is in discoverable (pairing) mode as a way to make Bluetooth setup easier.

The Windows driver software needs to adopt a simplified setup approach that is agnostic of whether the device is connected to the host computer via USB or Bluetooth. It could allow you to install all the software then begin the Bluetooth pair-up process using the Find New Device option in Windows 10’s Settings menu.

As well, it will also be of concern for those of us who switch between USB wired and Bluetooth wireless connectivity on a whim. This may be to allow a user who forgot to charge the Brother P-Touch Bluetooth label printer up before doing a labelling run to connect to the host computer via USB for that job with that computer powering the labeller. This is even though the user uses Bluetooth as a preferred connection for their setup.

Brother could also set a good example for USB-C peripheral devices like labellers by fully implementing USB Power Delivery for charging or powering these devices. This could allow for fast-charging using ordinary USB PD hardware, like what is being expected for Android phones.

Conclusion – Is it a tool or toy?

This is an example of Brother offering an incremental update for a P-Touch labelling product and offering it as an updated variant that works with the largest of the TZe tape sizes. Again, this Brother PT-P910BT labeller comes across as a tool especially when you are wanting to do any labelling “on the go” while you are using

It is more about taking an incremental approach to improving and updating products rather than taking a radical new design approach. But the Brother PT-P910BT underscores the idea of using your smartphone or tablet and its Bluetooth connectivity or USB connectivity in the case of recent Android USB-C-equipped smartphones to turn out labels.

Poor print quality from your Epson or Brother inkjet printer? Airlocks may be the problem