Increasingly, every computer manufacturer is offering one or more product ranges in their regular-computer lineups that is focused towards high-performance personal computing. This is alongside their regular-computer product ranges that are focused towards ordinary computing tasks like word-processing, presentations, Web browsing and multimedia consumption.

What is a performance-focused computer

A performance-focused computer is a computer, typically a regular computer that runs a desktop operating system, that is engineered for high performance at demanding computer tasks. This is compared to ordinary computers which are engineered to work with the typical workload of computing tasks that most of us do in a manner that is expected for today’s standards.

Such computers will have highly-powerful main CPU and graphics processor chips along with copious amounts of RAM memory that runs at high speed. The storage devices, whether mechanical hard disk or solid-state, will be optimised to load and save lots of data very quickly. The peripheral-interface and network-interface chipsets in these systems will typically be engineered for high throughput between the computer and the connected peripherals or networks.

How did these evolve?

An example of those gaming-rig desktop computers

Computer enthusiasts who were into games, multimedia, CAD, statistics or similar demanding tasks would improve their computers for higher performance. This is to provide smoother gameplay, quicker graphics rendering or quicker calculations.

It was part of effective competition by the various computer manufacturers to achieve increasingly-powerful personal computer products. This goal came about due to the acceptance of graphical user interfaces and graphics-rich computing for business and pleasure during the 1980s and 1990s.

For example, games enthusiasts would work on building the fastest games-focused computers that were commonly described as gaming rigs. This was like motor enthusiasts engaging in “souping up” or tuning their cars to become high-performance “hot-rods” or “street machines”.

As well, the computer software focused towards computer graphics, statistics, multimedia and allied fields and was used as part of day-to-day work became increasingly sophisticated. This required the computers to work under strenuous loads and manufacturers had to design workstation computers to handle these workloads.

Previously the perfornamce-focused computer was offered as the traditional “three-piece” system with a dedicated system unit that housed the “brains” of the computer i.e. the main CPU processor, graphics infrastructure, RAM memory and data storage while the keyboard, pointing device and display were separate units connected to this device. Now this class of computer is evolving towards portable laptop computers and “all-in-one” computers that have the “brains” of the system and the display in the same box, leading towards user-friendly setups for this kind of computing.

In the case of laptops, the performance-focused models came about in the form of “multimedia laptops” which were focused towards a wide range of tasks involving creating or consuming multimedia content. These typically had dedicated graphics infrastructure and, in some cases, high-performance sound infrastructure; along with high-performance processors, generous RAM and high-speed hard disks. Now they are in the form of gaming laptops, prosumer / content-creator laptops and mobile workstations.

These computers don’t just have high-speed CPUs, plenty of high-speed RAM and dedicated graphics infrastructure. Here, the combination of components installed in these computers is focused towards quick response during games, especially action-type games with increased player interaction with the characters of the game.

Initially these computers were aggressively styled in a similar manner to hot-rod cars in order to appeal to the core gaming community. But today most manufacturers are styling the computers in a similar manner to their regular mainstream laptop products. Here this practice is very similar to how most vehicle builders are offering their performance-tuned variants of common passenger cars like the Mini Cooper S or the Holden Monaro.

They can work well for most graphics or multimedia software but the software vendors don’t count on these computers delivering the high-performance that their software would need to work. It is because most of this software is required to engage in processes that are of a hands-off nature like “joining” desired parts of a film clip in to a cohesive sequence.

These prosumer computers like the Lenovo Creator family have the high-speed silicon infrastructure optimised to quickly handle process-driven work with minimal changes to whatever appears on the screen. In some cases, they would be “certified” by consumer / hobbyist / entry-level business graphics and multimedia software vendors to perform at their best.

The manufacturers who make these computers are offering them as an affordable gap-filler between their gaming computers and the workstations, especially for those of us who don’t have the budget to hire a specialist IT team.

Here, they are pitched at hobbyists, bloggers and freelance content creators who want to create multimedia content and be sure of optimum performance without having to pay through the nose for a high-specification workstation computer. This is because most of the software pitched at this user class doesn’t have high expectations compared to the software offered to larger businesses.

The workstation computer is typically focused towards larger businesses where the use of demanding software is part of a person’s daily job. These have very high performance silicon for the main system and the graphics infrastructure that is optimised for these high workloads. 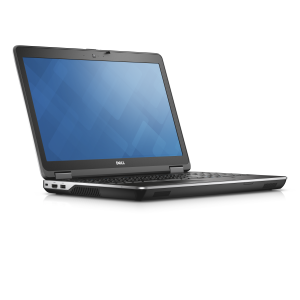 These would be certified by the likes of Autodesk to work with highly-demanding software like AutoCAD at their best. They also have enterprise-focused features like manageability or high-security features with such features being pitched towards IT managers optimising them towards their company’s needs.

What does it mean for a high-performance computer to be certified?

For a high-performance computer, especially a workstation, to be “certified” by a software vendor to work with their software, the computer design has to pass tests that the vendor performs regarding its reliability and performance with their software. It brings an express guarantee of compatibility, reliability and performance regarding the computer’s ability to run the software in question and the software vendor is more likely to support users who are using these certified computers.

A computer that isn’t certified to work with the highly-demanding software in question can run the software but the user cannot expect it to run reliably for their day-to-day tasks. Some of these vendors may not even provide full support for the software running on these systems.

Which kind of high-performance computer would suit different users

People who are focusing on high-performance gaming including eSports would be best to stick with gaming computers as their computer of choice. Here, they are not expecting more than quick response from their game’s characters. The other high-performance computer types will also be able to work well with games, which can allow those who use these systems for their work to use them for rest and relaxation with their favourite “regular-computer” game.

Often it is recommended for a student to invest in a high-performance computer if their coursework involves the use of demanding software associated with their target profession like CAD or statistics packages. But there is the factor that a student may not be showing interest in completing the course they initially intend to complete and following on with the career associated with the demanding software.

It may be better for them to use a gaming computer or a content-creator / prosumer computer that can run the software that is part of their coursework. Similarly a prior-generation workstation computer refurbished by computer technicians can also suit their needs. This is more so if the software is an entry-level class of program that doesn’t have all the bells and whistles of something one would use as part of their duties. These software vendors license this software to students at relatively-cheap prices while they are studying their courses.

A workstation would be considered of value for those of us who are intending to use the demanding software as a regular part of our primary paid work. If you work for yourself, you may find it ideal to omit the manageability features from these systems or allow these features to work with a computer vendor that provides the full-on support that takes advantage of the features.

External grpahics modules like the Akitio Node can allow a user to use fit-for-purpose graphics cards with their existing Thunderbolt-3-equipped laptop, all-in-one or low-profile computer

If the computer in question has the ability to be upgraded for better performance, you may head towards the more advanced performance levels easily without throwing away your existing system. This is exemplified by traditional desktops equipped with standard-form user-replaceable display cards and user-upgradeable CPUs and RAM chips, or laptops and “all-in-one” computers equipped with Thunderbolt 3 ports so they can work with “card-cage” external graphics modules that accept desktop-grade display cards.