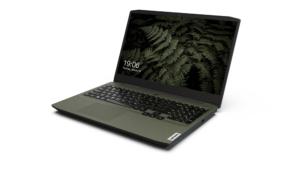 At the Consumer Electronics Show 2020, Lenovo launched their Creator series of desktop and laptop computers focused towards the “prosumer” user class. But what is this user class?

What is a prosumer?

The word “prosumer” is a portmanteau of the words “producer” and “consumer” in which the user produces something as well as consuming other things. For example, the person may end up taking a lot of photos not just for their personal family album but to create things like exhibitions or slide shows or illustrate books.

In the context of product positioning, it is a portmanteau of “professional” and “consumer” where products of that class stand between professional-class products pitched to business users who use it as part of their trade; and consumer-class products pitched to ordinary householders. Those products were effectively pitched at “serious users” who wanted what professional users were benefiting from without the huge price tag associated with that product class.

Here, the prosumer is a technology user who primarily create content but aren’t doing it as part of a regular day job. Typically they would do this as a personal hobby or as an effort to support a non-profit organisation. In some ways, it may also augment another hobby or other effort like making music or building a social-media presence.

They could also be making money creating content but on a “job-by-job” basis for various end-users but not have the volume of valuable work to be considered a professional content creator. An example of this may be photographers, videographers or entertainers who gain most of their work during particular seasons or a budding film producer who is building up their work until they gain a reputation.

The last few decades of the 20th century saw companies involved in the consumer photography and AV industries research technology and create affordable products that satisfy the needs of this kind of user. Here, it is about turning out high-quality work that can be presented to people, especially paying customers.

This class of relatively-affordable “prosumer” equipment led to an easier entry path for people wishing to make money out of this kind of work like the photographers or videographers who you hire to photograph or film that special event; or project studios who prepare demo tapes for various live acts.

As well, it opened up a path for small businesses and community organisations to turn out high-quality creative material that can further their efforts with such things as a church having sermons available for the faithful to hear at a later date or a small business creating their own long-form advertising videos.

How is the computing world answering the prosumer user class?

But the computing market caught up slowly with this user class’s needs initially through the Apple Macintosh and laser printers facilitating desktop publishing in the late 1980s. Apple then took this further with optimising the Macintosh platform for multimedia production and acquired a reputation in this field across the prosumer and professional space. 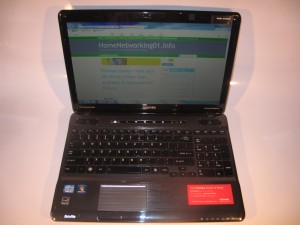 But prosumer users found that companies who manufactured Windows-based computers didn’t really cater to their needs. The initial effort was to create multimedia-grade computers with advanced graphics and sound subsystems. I have reviewed a few examples of this computer class with the Toshiba Satellite P750 being one of them. But this product class ended up being focused towards high-stakes gaming where the goal is towards responsiveness especially in a first-person-shooter game.

A few manufacturers like Sony made “flash-in-the-pan” efforts with computers that offered features and specifications that appealed to prosumer-class users, such as implementing OLED displays with very-high colour gamut. But these models didn’t stay on the market for a long time.

Nowadays, the prosumer would end up using a gaming-grade computer that may be seen as underpowered and unreliable for content-creation, audio-production or similar software. This is if they wanted the kind of performance necessary to edit or “finish” their creative work. If the gaming rig in question is a traditional desktop unit that can have its graphics card replaced, the user may substitute the gaming-optimised display card with a workstation-class or content-creation-class display card. Similarly, if the gaming rig is a laptop, all-in-one or low-profile desktop unit with a Thunderbolt 3 connection, they would use a “card-cage” external graphics module equipped with a workstation-class display card for this purpose.

Or, if they are in the market for a traditional three-piece desktop computer based around a system unit of a standard form-factor, they would go to an independent computer retailer. Here, they would specify a custom-built store-brand computer that works with this software in an optimum manner.

On the other hand, they would be suggested to use a “certified workstation” computer that was proven by the software vendors to work with this kind of software but these would be considered very expensive and have too many features like managed-IT functionality that they wouldn’t need. In some cases, it would lead towards buying an entry-level model in a manufacturer’s workstation-class product range. 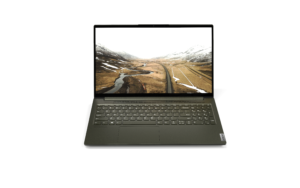 Lenovo’s entry in to the prosumer content-creator class of convertible laptops in the form of the Yoga Creator 7 15″ 2-in-1.

Lenovo’s initial Creator range of prosumer-class computing products ticks the necessary boxes. Here, they are based on the manufacturer’s consumer-class product range but have the necessary configuration that is proven by the software vendors to work with their modestly-priced content-creation software. They are offering two portable computers (IdeaPad Creator 5 clamshell and Yoga Creator 7) and a traditional-style desktop tower computer (IdeaCentre Creator 5) that is optimised for this kind of work.

This could lead on to other computer manufacturers who provide “certified-workstation-class” performance computers and peripherals pitched towards these “prosumer” users. Here, they would be based on the manufacturer’s consumer or small-business product lines but have the necessary hardware specification to work with the affordable content-creation software.

One of the key factors in the design of these computers is that the graphics infrastructure would be optimised to work at standard refresh rates rather than the high refresh rates associated with gaming and not be suited to the kind of image-painting associated with fast-paced games. In a lot of cases, the graphics processor will be roped in as an auxiliary processor to facilitate rendering or transcoding.

Could the “prosumer-class” computer appeal to all users?

I would see these computers appeal to people who frequently create content on their computers and they use or intend to use highly-capable image, video or audio editing software for this purpose. They can also earn their keep with people and organisations who use advanced audio and video playback setups such as computer-based DJ/karaoke setups with advanced playback effects or multiple video channels.

The computers can offer high-end gaming performance which can please those users who are wanting to play a video game for their rest and relaxation. But I wouldn’t necessarily expect them to satisfy an expectation of esports-class gaming.

I could also see these computers appeal to students who are studying multimedia production, architecture / engineering, statistics and the like and want a low-risk entry point when it comes to technology. It would work alongside the fact that the software vendors are offering reduced pricing on the software associated with these studies for students who are currently studying these courses. This is to cater for the fact that the student may be very fickle about their course and wouldn’t justify a full-bore workstation-class computer if they don’t see themselves completing the course and following that career path.

So it is becoming a situation where other user classes are being discovered when it comes to marketing personal and small-business information technology solutions. This time it is the creative types who create content on an ad-hoc basis rather than as a regular day job and they would want to have something that offers “certified-workstation” performance standards for the cost of a gaming rig.