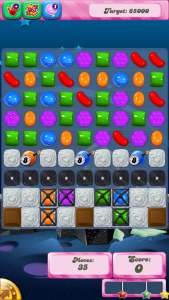 A common frustration that we all face when we play video games on a laptop, tablet or smartphone is that these devices run out of battery power after a relatively short amount of playing time. It doesn’t matter whether we use a mobile-optimised graphics infrastructure like what the iPad or our smartphones are equipped with, or a desktop-grade graphics infrastructure like the discrete or integrated graphics chipsets that laptops are kitted out with.

What typically happens in gameplay is that the graphics infrastructure paints multiple frames to create the illusion of movement. But most games tend to show static images for a long time, usually while we are planning the next move in the game. In a lot of cases, some of these situations may use a relatively small area where animation takes place be it to show a move taking place or to show a “barberpole” animation which is a looping animation that exists for effect when no activity takes place.

Microsoft is working on an approach for “painting” the interaction screens in a game so as to avoid the CPU and graphics infrastructure devoting too much effort towards this task. This is a goal to allow a game to be played without consuming too much power and takes advantage of human visual perception for scaling frames needed to make an animation. There is also the concept of predictability for interpreting subsequent animations.

But a lot of the theory behind the research is very similar to how most video-compression codecs and techniques work. Here, these codecs use a “base” frame that acts as a reference and data that describes the animation that takes place relative to that base frame. Then during playback or reception, the software reconstructs the subsequent frames to make the animations that we see.

The knowledge can then be used for designing graphics-handling software for games that are to be played on battery-powered devices, or to allow a “dual-power” approach for Windows, MacOS and Linux games. This is where a game can show a detailed animation with high performance on a laptop connected to AC power but allow it not to show that detailed animation while the computer is on battery power.