I have been following the Dell XPS 13 series of clamshell Ultrabooks which are an effort Dell have been undertaking to get the right mix of performance, build quality and functionality in an affordable package. It was also about not losing sight of this goal while evolving the model towards newer technologies and specifications. Now I have the chance to review the latest iteration of this series known as the “9360” series and equipped with the 8th Generation silicon in the higher-specified packages.

Dell has been maintaining the key features that make the XPS 13 series earn its keep as a value-for-money all-round Ultrabook rather than adding too many “bells and whistles”. As I referred to in a previous article on the XPS 13, I was describing this effort as “ticking all the boxes” for what the market expected. 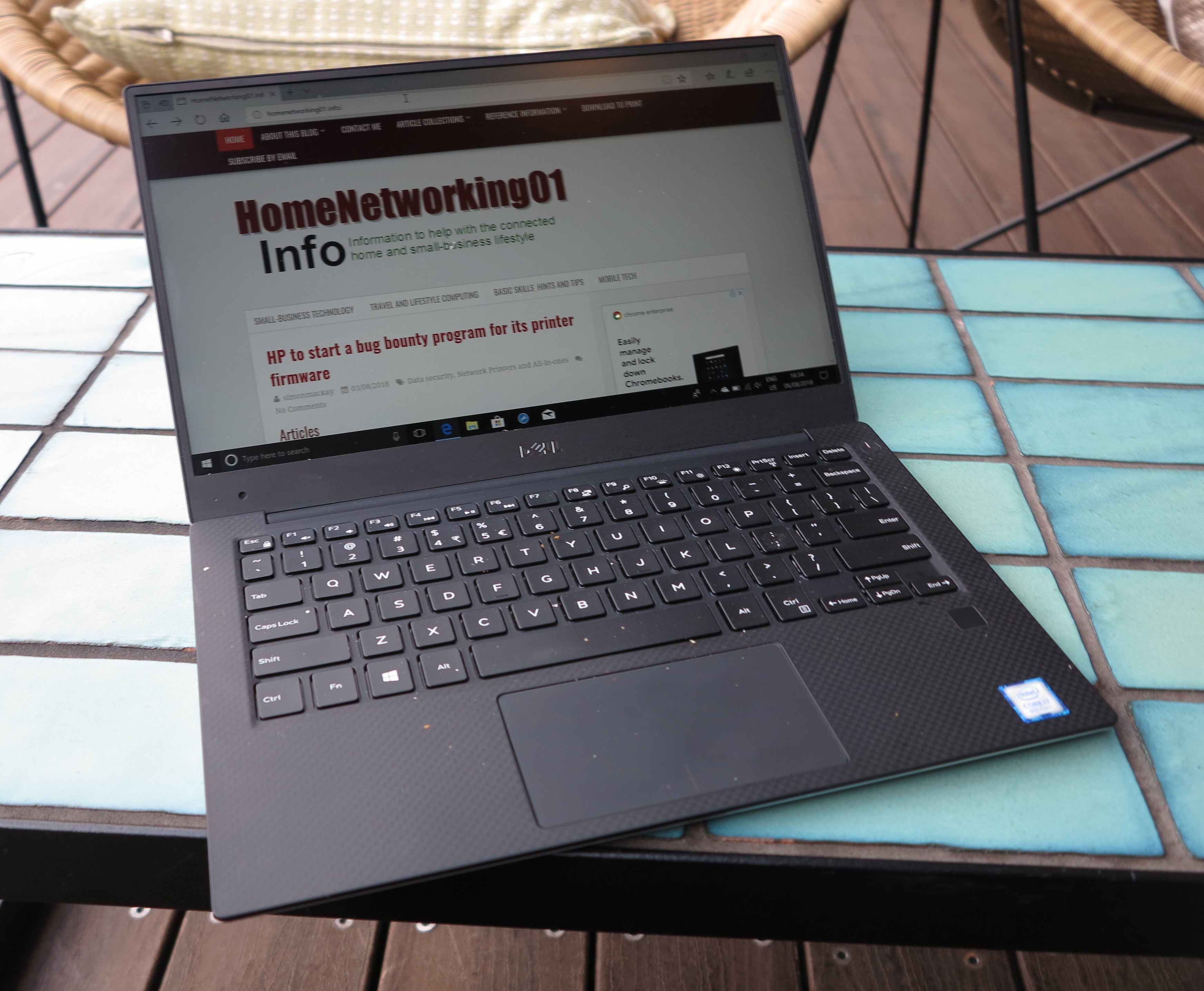 The Dell XPS 13 didn’t come across as being flimsy or weak in any way. Rather it maintained the similar build quality and aesthetics of a good-quality clamshell Ultrabook.

There was a situation that I noticed where the computer was slightly warmer underneath during a software update but it wasn’t uncomfortable to use when you are using it on your lap. Luckily the heat buildup occured in the centre of the laptop’s base but was dispersed thanks to the metal housing. It will be a situation to expect with most of the ultraportable computers due to their small size.

The backlit keyboard is accurate for touch-typing and the backlighting is not too dominant when used in daylight or average room light. The backlighting also does properly turn off when you aren’t using the keyboard.

The precision multi-touch trackpad works properly with all of the advanced multi-finger gestures as well as single-finger mousing around. It doesn’t act too hair-trigger and select things it shouldn’t when you are typing even if you use the XPS 13 Ultrabook on your lap.

The integrated fingerprint reader works tightly with Windows Hello and is accurate most of the time. Having very dry fingers after, perhaps, outdoor work may cause it not to be accurate and you may have to log in with your Windows PIN. As well, during the initial setup phase, make sure that the fingerprint reader catches your fingerprint at different angles. 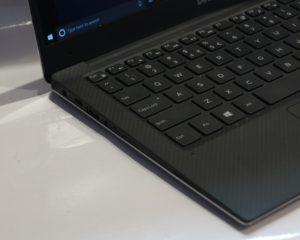 The Intel integrated video chipset works smoothly with streamed content after I had viewed an overseas video through this laptop. But personally, I would see this chipset serve most ordinary computing tasks effectively. I am also pleased about Dell having the XPS 13 Ultrabook equipped with the necessary Thunderbolt 3 port for those of us who want to have that bit of extra video performance provided by an external graphics module.

The Waves MaxxAudio still is about trying to improve the integrated speakers’ sound. But it is still the same issue with ultraportable notebook computers that you have to use headphones, external speakers or a sound system to achieve better sound from these computers.

The 256Gb solid-state drive is the only integrated secondary-storage option available across the Dell XPS 13 series. This would offer the right amount of storage for most needs but you may have to use a USB hard disk if you are wanting to offload photos and the like to keep essential data on the SSD. 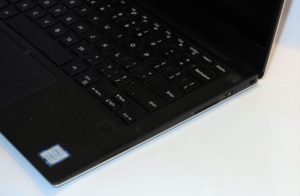 Speaking of which, there is an integrated standard SD-card reader which is useful for those of us who use digital cameras for our photography. As I have experienced, you don’t need to deal with USB-based SD card readers if you deal with photos from your camera.

If you are dealing with newer networking equipment, the Wi-Fi networking infrastructure performs very adequately and maintains the expected throughput. The Bluetooth functionality works very well even for streaming audio to a headset.

Dell has maintained the Thunderbolt 3 / USB-C port on the XPS 13 Ultrabook to assure users of a path towards higher-performance graphics. This could allow a user to purchase an external graphics module for better graphics performance “at home” or “at work”, while it provides USB Power Delivery connectivity as an alternative power input if you use an expansion module with power-supply abilities to that standard.

The reviewed configuration of the Dell XPS 13 Ultrabook is within the expectations for a portable computer to have a long battery live and I was able to do regular computing and Internet tasks for most of the day without finding that it is going to die out quickly.

I was able to stream a video for 90 minutes with the sound coming via a Bluetooth headset and found that the Dell XPS 13 Ultrabook had 87% battery capacity at the end of the video. This was assuring proper glitch-free throughput and smooth playback.

One of the factors that I see with achieving the ideal battery life is the review configuration being kitted out with an integrated screen that sticks with the ideal 1920×1080 screen resolution which I would find as being fine for most users. 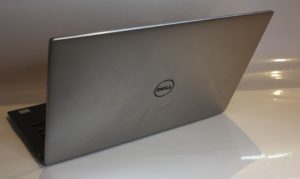 I have used the Dell XPS 13 Ultrabook in front of other people and they have seen it as a highly portable highly viable computer to use “on the road”. Infact I was showing it in front of a man who was considering what to purchase for a “travel” laptop and he saw this as a good example of what he wanted to use. This is for soneone who maintains a desktop computer with the large screen as their main home computer.

Dell would need to avoiding losing the vision of what the XPS 13 Ultrabook is about – a robust capable ultraportable computer that offers what most users want for the right price. It is similar to what Toyota have been doing with their Hiace vans and Hilux pickup trucks – improving on these vehicles without losing sight of the reputation they have earnt over the generations.

A question that will come across to Dell is whether to maintain a large range of XPS 13 configurations for all markets or not. This may be an approach to provide some affordable variants that can appeal to students and the like while offering higher-performance configurations for those who can afford them.

As Dell evolves the XPS 13 series, they could easily consider supplying a 512Gb SSD as an integrated storage option for some of the configurations. This would be at the time that this capacity becomes affordable to specify for the same physical size. It could then make the XPS 13 Ultrabooks earn their keep as a sole computing device. Similarly, they could offer a touchscreen with a 1920×1080 resolution as an intermediary display option so you are still able to stay with that resolution to conserve battery runtime yet benefit from touch-driven operation.

Dell is keeping the performance, functionality and quality to the same expectations for this generation of the XPS 13 Ultrabook as they have done for the previous generations of this Ultrabook dynasty.

Personally I would see the 9360 Series of the XPS 13 as a machine for those of us who want more value for our money. In some cases, I would recommend even looking at variants with the prior-generation Intel processor for those of us who are on a budget yet want some performance out of these machines.