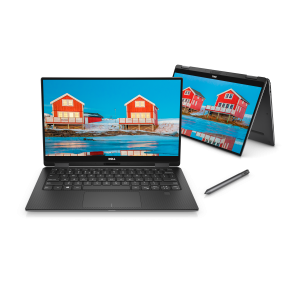 Previously, I had written an article about Dell underscoring value for money with their XPS 13 Ultrabook laptop. This was about choosing the right mix of functions and features that represent what most users are after when they are after that kind of product and offering it at a price that won’t bring “sticker shock” to most potential customers.

Initially I had a chance to review the first generation of the XPS 13 Ultrabook, finding it as a valid secondary notebook computer option for those of us who have a desktop or large laptop but want something to use while “on the road”. But Dell had consistently improved the computer over the subsequent generations, factoring in the newer features that would improve the user experience while keeping a highly-durable compact product that runs for a long time on its own batteries.

In the article, I drew an analogy to most if the mid-tier Panasonic (National) VHS home videocassette recorders offered in Europe, Australia and New Zealand through the mid 1980s, and the Sony mid-tier MiniDisc decks like the MDS-JE520 offered through the mid-to-late 1990s. Both these product ranges came with the features that were considered important for their end-users but at a price that was affordable to them.

But Dell went further when they released the Kaby-Lake-based iteration of the XPS 13 Ultrabook. Here, they issued a convertible variant of this model alongside the traditional clamshell variant. But they didn’t just attach “convertible” hinges to the XPS 13 Kaby Lake laptop. Rather they made sure it had the proper features and specifications associated with the XPS 13 lineup and for a similarly-affordable price.

For example, a baseline “secondary-computer” variant with Intel Core i5 horsepower, 4Gb RAM and 128Gb solid-state storage could set you back US$999. The limitation with the Intel Core i5 and i7 processors offered with the 2-in-1 is that they are based on the Kaby Lake equivalent of the Core M processors and are really targeted and tuned for “on-the-road” use with emphasis on power efficiency and reduced heat output, but wouldn’t perform well for advanced computing tasks.

With this model, there will be a need to buy extra accessories like a USB-C expansion module to connect most USB peripherals, external displays or digital-camera SD cards. But this is more engineered as a highly-portable computer and who knows what the next iteration of the Dell XPS 13 Ultrabook or convertible computer could be like.

Wirelessly playing music held on your mobile device through other equipment

Do we need to patent the style or interface of a device?