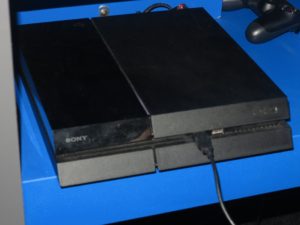 Game On no matter the console! At last true multiplatform cross-play has arrived!

All off the regular-computer, console and mobile platforms that Epic Games wrote the various ports of the Fortnite battle-royale multiplayer game have supported cross-platform multiplayer gaming except for one glaring omission being Sony with their PS4 console.

It has been part of a long-time practice with games-console manufacturers who are dependent on full vertical integration which affected things like multi-player multi-machine gaming where the games-console vendor would prefer to keep that between their own products. This was against the accepted norms of what is accepted with regular personal computers where it is desirable to play the same online game no matter the computing platform that your opponents use.

It would also affect the ability for a games studio to port a game across all platforms and assure a similar online play experience no matter the platform. Here it wouldn’t matter whether the online play was about competing with other players including earning your place on one or more leaderboards, participating in a “virtual-world” that the game is about or trading in-game goods in a game-hosted marketplace.

Gradually, Sony and Microsoft. along with most games studios allowed a limited form of “cross-play” (online play of the same game from gaming devices of different gaming platforms) by allowing for, for example, a Windows regular computer to become a player in an online game with a games console. But with Fortnite, Microsoft and Nintendo brought their latest consoles to the “cross-play” party.

Now Sony have opened up the path towards third-party game studios implementing multi-platform online and network gameplay for their games titles. This is through an open beta program where a version of Fortnite with this true multiplatform cross-play code integrated but this code is really test code that may not be stable. It will be seen by Sony to be a proving ground for true multiplayer multiplatform online gaming involving all computing devices including gams consoles with them “opening up” the PlayStation platform for more cross-platform online gameplay.

This was as a result of “people power” with Fortnite fans complaining to Sony about ignoring the large PS4 installed base when it came to cross-platform gameplay especially as other regular, mobile and console platforms allowed for this kind of gameplay with very little friction.

Personally I see this as a seachange for network and online multiple-machine gaming especially in the games-console space. Here it could be about allowing third-party game developers including indie studios to create these kind of gameplay experiences but allow users to join these experiences no matter the console that they have.

With the rise of Fortnite, it can open up the idea of porting a game that has online or network play across every gaming platform while assuring users that they can game online no matter what they use. It can even lead towards increased interest in massively-multiplayer-online games especially where they could be played on a laptop, a smartphone or a console connected to the big TV.