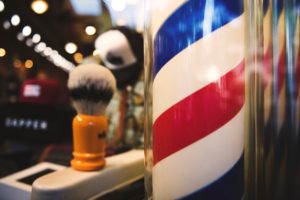 There is an increased interest in the use of OLED displays for all display applications, what with doing away with a backlight layer which means increased application flexibility and power efficiency; as well as yielding high contrast. But this technology comes at a price which may be out of the range of most commodity applications, especially equipment user-interface displays.

But researchers at the Queensland University of Technology have used hair clippings from a local barber shop to experiment with the use of hair strands into self-illuminating carbon nanodots fit for a light-emitting device. Here, it’s about breaking down the hair strands then heating it to 240 degrees Celsius, equivalent to a very hot oven to create these displays. The carbon nanodots are a form of quantum dot that can yield the bright vivid colours due to their expertise at illuminating a single primary colour. 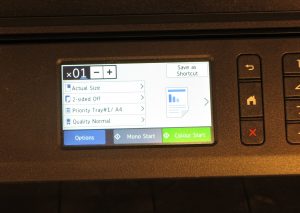 … like displays on printers such as this Brother unit

This application may not be bright enough for a TV screen intended to be viewed at a distance but could be bright enough for an application that is intended to be viewed up close. The core applications would be smartphones, tablets and wearables. But I would also see this extend to equipment or automotive displays that give a really distinct level of brightness and contrast like the vacuum-fluorescent displays used an a lot of consumer-electronics equipment made through the 1980s and 1990s.

The advantage here is that hair is a natural source of nitrogen and carbon and can be easily harvested from local barbers and hairdressers as part of a recycling program. The applications then end up as being part of a circular economy and there is further research in to using animal hair for this same application, which may allow the use of pet hair salvaged from veterinarians, animal breeders or dog groomers for this purpose.

As well, the idea of a component of this display being cheaply sourced through recycling programs may lead to the cost of these displays going downhill and allow them to displace LCD technology as the display technology of choice for small colour displays.