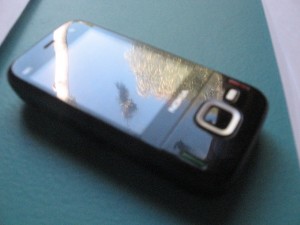 Phones like this one can now let the Alpine blast

Alpine, who has been considered the status symbol as far as car audio is concerned, have been one of the first car-audio manufacturers to provide phone integration for a phone platform other than the Apple iPhone, nowadays considered the status symbol for mobile phones. What they had done is to allow the Symbian-based Nokia phones similar to my N85 to work with the car stereos by providing access to Ovi Maps navigation, the music playlist, weather applets and more alongside the usual calling and phonebook functions.

They have achieved this through “Terminal Mode” which uses a “gateway app” installed on the phone and the phone linked to the system through a USB cable or a Bluetooth link. The phone’s apps can benefit from the larger display found in high-end car-audio installations.

The reasons I am pleased about this technology is that

b) there is an incentive for vehicle builders, car-audio manufacturers and handset manufacturers to establish a level playing field for achieving full functionality for mobile phones from the dashboard.

This can also lead to further functionality like Pandora, Last.fm, Internet radio, location-based services and extended navigation becoming available at the dashboard without needing to use multiple applications installed in a phone platform that you don’t have or on your car’s infotatiment platform.