This year is a very special year as far as one of the two annual “pillar” trade shows for consumer electronics is concerned. It is going to mark the 50th time the Internationaler Funkaustellung, the premier trade show for consumer-electronics in Europe, has been hosted. 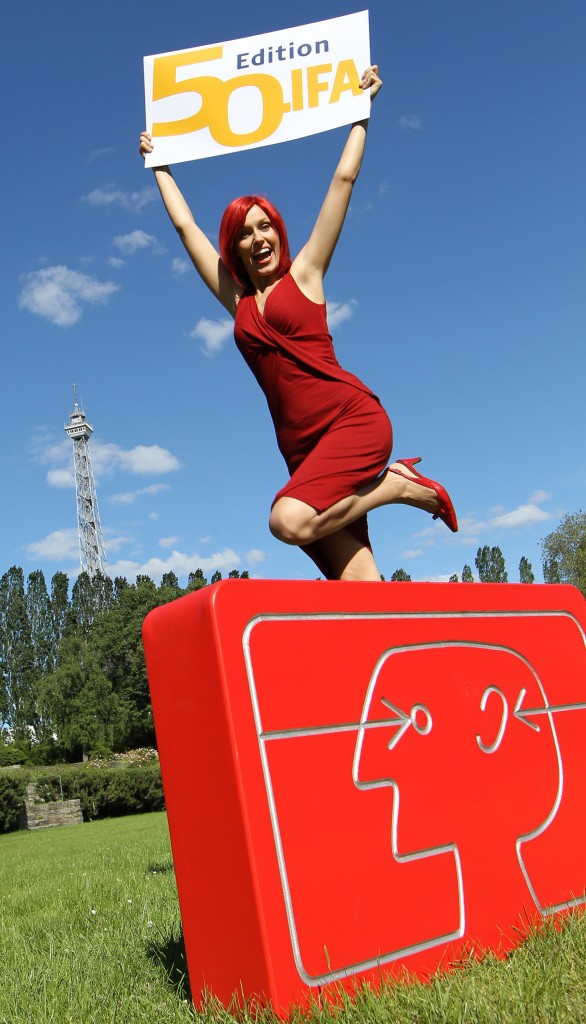 What is the Internationaler Funkaustellung?

The Internationaler Funkaustellung, also known as the IFA, is a German trade show which was primarily centred on consumer entertainment electronics but is now also focusing on major and small appliances intended for personal or domestic use. It was initially a way for Germany to show its radio technology prowess when the medium was just to become a commercial reality.

This used to be an event held between August and September of every second year but is now held annually between the same months. It had existed since 1924 but was suspended through World War II as Germany focused its efforts on the war. It was initially hosted in Berlin but was hosted in different larger cities around Germany including West Berlin even when the nation and that city was divided.

An important step in the presentation of new technology

I have seen this show in the same league as the Consumer Electronics Show in the USA as being one to watch when it came to consumer electronics. Typically, this show would be where consumer-entertainment technologies that were relevant to Europe, Australia or New Zealand were premiered or commercialised.

You name it, it was either premiered or had its European commercial launch here 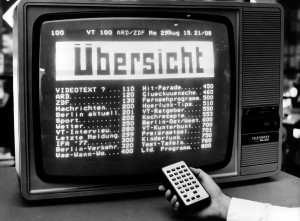 Teletext - a predecessor to interactive TV

Of course, this show gave other countries like the USA a look-see in to the consumer-electronics and broadcasting technologies that were in “full swing” in Germany but weren’t being launched or given a commercial chance in the home country. One example was Teletext which allowed TV stations to transmit textual information alongside their video signal, with the end-user being able to call up the information on to the screen of a suitably-equipped TV set using its remote control. Another example was the ARI traffic-information-priority technology where a suitably-equipped car radio could be set to play traffic announcements at a louder volume than the rest of the programme material or tune for only those stations that run the announcements regularly.

Since 2008, the organisers had decided to make the IFA show encompass domestic appliances as well as consumer electronics. It was initially a small area of the show but this class of goods increased in its share of the show’s floor space. This even led towards the effective amalgamation of a European home-appliance trade fair with this one in 2009 with this fair become the European universe of all consumer electronic and electrical devices. This trend hasn’t been reflected in the Consumer Electronics Show in the USA, mainly because of a trade-specific fair that covers this class of goods sold in that market or other market-specific reasons.

This was symbolic of a new trend with such appliances being not just a functional element in one’s life but a stronger part of one’s lifestyle. It also included the desire for consumers to buy the major appliances that are more resource efficient, especially as governments are using tax breaks, “scrappage” / “cash-for-clunkers” schemes and similar programs like to assist in this goal.

As well, the last financial crisis has encouraged an increase in “at-home” time and the industry is taking advantage of the fact by integrating small appliances like espresso machines as a way of mimicking the environment of being “out-and-about”.

Relevance to the home and small-business IT world

Over the last ten years, the home network has become an integral part of the consumer lifestyle, especially as “always-on” broadband Internet has become commonplace and the number of multiple-computer households increases. The IFA show has then become a showground for manufacturers to exhibit devices like broadband routers and network-infrastructure equipment as well as desktop and laptop home computers.

Infact, the Wi-Fi-equipped laptop computer and the Wi-Fi wireless home network has become more important over these years thanks in part to the Intel Centrino campaign which emphasised the laptop computer being part of one’s lifestyle. Similarly, mobile phones have become Internet-enabled multi-function devices that can work either with the cellular telephony infrastructure or with a Wi-Fi network. This concept has been spurred on by the recent crop of Nokia phones and the Apple iPhone.

As well, the arrival of file-based media playback, spurred on my MP3 digital audio players, has integrated the computer and the home network as an integral part of the home entertainment system. This functionality was initially in the form of separate devices but has ended up becoming another function of regular audio and video playback hardware and has been enhanced by the use of standards-based technologies like DLNA. Therefore most consumer-electronics firms are using this show to launch or exhibit product models or ranges that feature this ability. Similarly most computer companies are exhibiting network-attached-storage devices that can hold multimedia files and share them around the house.

This concept has extended in to the realm of Internet-based broadcasting where radio or TV content can be obtained live or on-demand from a content-provider’s Website. This has made consumer electronics companies and others work out ways to bring this content forward to TV sets and hi-fi systems without an intimidating and unwieldy device or user interface.

This is a way of celebrating how this show has become a “pillar” trade fair as far as consumer electronics and technology in the European market is concerned.

All press photos and logos are copyright of Messe Berlin GmBH.