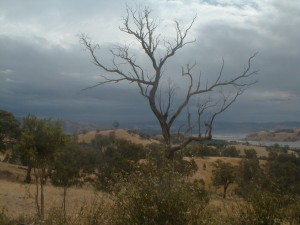 Any of you who are regular readers of this site or who subscribe to it will have seen regular articles on activity concerning improvement of broadband Internet service in rural areas. Previously, I have written a post about why I stand for proper Internet service in the countryside and cover it in this site.

But I have observed activities that have raised the standard of rural Internet service in certain areas where there has been lively and competitive trading environment for Internet service. These range from local startups who offer to raise the bar for Internet in a country town to governments putting their hand to the plough for real broadband in the country.

Primarily farmers and small-business owners would benefit from proper broadband in the country. This is due to more of the business being transacted online such as the use of e-government services as part of managing livestock on the farm.

There is also the desire to be competitive with urban businesses or, in the case of farming, be responsive to customer and partner needs very quickly. 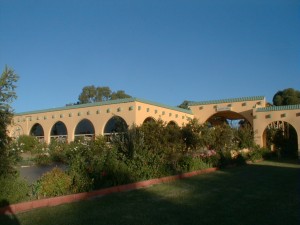 It also extends to hospitality businesses like hotels, motels, cafes and restaurants in these areas who want to offer public-access Internet service as a way of offering “that bit extra”. This would encompass resorts created around mountains or water features like ski resorts or lakeside resorts.

Similarly, education institutions who have rural campuses can benefit from real broadband Internet as a study and research tool. This could lead to universities and the like enriching the town with research-driven business.

The countryside is infact considered an ideal place to live due to a slower pace of life. As well, some parts of the country are particular areas of attraction for this class of living due to features of natural beauty like water features, forests or mountains.

An increasing number of urban-based people visit the country as a holiday destination or even move there. Here they would benefit from the same standard of broadband as they have in the city so they can communicate with relatives or friends there.

Similarly, the appeal of telecommuting wound go in hand with the country life as people can head in to the city only when they need to conduct business meetings. This would appeal to semi-retired people who are reducing their time in the main office.

I am also encompassing peri-urban rural areas as well as the typical rural areas that are a distance away from major towns in the scope of this article. These are typically farming districts, areas of outstanding natural beauty or areas surrounding classic monuments that abut a major city; but are sparsely populated compared to the major city.

The people who live in the major city see these places as being a destination for a day trip and a lot of business in these areas is boosted by the tourists from the major city. Some of these areas, especially those focused around areas of outstanding beauty also attract retirees or other people who are “done with the city” as a place of residence, although it doesn’t take them long to travel to town when they need to visit it.

Examples of these in Australia are the Yarra Valley Wine District and the Dandenongs in Melbourne; the Blue Mountains in Sydney and Barwon Heads in Geelong. In France, there would be the wine regions surrounding some of the major cities like Bordeaux.

Action that has been undertaken on this front

A major form of action that I have noticed is initiatives that are driven by local government and business. This has commonly occurred in broadband-improvement rollouts that are funded by local councils and / or facilitated by small local telecommunications firms or ISPs.

In some of the UK deployments, there has been the use of local “sweat equity” for assisting in the establishment of fibre trunks as well as local landowners setting up easements for these fibre trunks.

Similarly local governments in the UK and France have provided seed money to the broadband initiatives. These are usually to make the towns attract more investment as well as to ignite local “e-government” initiatives.

Some countries are taking action to define a minimum broadband Internet service standard to be available across their territories. This is akin to the universal service standards that have been applied to electricity and telephone services.

Here, this may be achieved through extending the remit of the universal telephone service, including collecting monies associated with its provision, to the broadband Internet service.

In some countries like Australia and the UK, the upgrading of the telecommunications backbone to fibre-optic technology and the provision of fibre-based infrastructure close to or reaching the customer is considered a major driver for rural-broadband improvement. The use of public resources for this kind of upgrade has often beem met with derision by various conservative groups because they would rather see it all left in the hands of private enterprise.

Some of the technology is based on what is being used to established the “next-generation broadband” Internet services and is being used as a way of catering to the growth of these rural areas and the changing data transfer needs.

This typically creates a high-speed fibre-optic backbone to one or more street cabinets located close to customer clusters.The customers have the phone connections linked to this cabinet and the Internet service is delivered via ADSL2 or VDSL2 technology over these phone services.They may have the regular telephone provided via the town’s exchange, a sub-exchange in the street cabinet or VoIP technology.

In some situations, this technique has been used as an “ADSL2 booster” effort by bringing a higher-throughput ADSL2 service to customers who, by virtue of distance to the exchange, would receive lower throughput service or no service at all.

This also opens up a path for offering fibre-to-the-premises next-generation broadband Internet to customers in these towns, either as a service differentiator or as an upgrade path. It also provides for service growth especially if a town acquires a major employer and sees its capacity grow.

A fibre-optic trunk line that passes country areas may be treated like a natural-gas pipeline passing these areas. Here, branch lines or “spurs” are connected to the trunk line and used to serve local communities; while the trunk serves cities that are at each end of the line.

This is seen as a way to establish a next-generation broadband Internet service in to the neighbouring towns in a cost-effective manner.

Another technology that is exciting the prospects of real broadband to the country is the concept of terrestrial wireless. These setups are typically fixed-wireless links that serve individual households or, in some cases, communities or household clusters, with a wired technology like ADSL2 or Ethernet linking to each customer.

Initially this technology was based on 2.4GHz or similar radio links but there is a new break being facilitated at the moment and it is known as “white space”. This is where UHF or, in some cases, Band III VHF, TV spectrum that has been vacated by TV broadcasters as they change to spectrum-efficient digital TV technology.

Governments are looking at using this bandwidth as a cost effective way to provide terrestrial-wireless Internet service to country areas where it would be difficult or cost-prohibitive to provide copper or fibre-optic wireline Internet service. Examples of this kind of setup would be mountains or islands.

This will typically end up as a fixed-wireless deployment with a modem connected to the aerial (antenna) which would most likely be a high-gain TV aerial. This modem would be connected to a broadband router to serve the home network installed at homes in these locations.

Issues to be looked at

A key issue to be looked at in relation to providing a proper broadband Internet service to the country is the decrepit telephony infrastructure that exists in these areas. This is something that I have seen for myself with people who have lived in the country or peri-urban areas as they experienced ADSL service that performed poorly or became less reliable.

Here, telephone companies have historically allowed the telephony infrastructure to perform just enough for voice traffic. As well, due to long cable runs, it has become cost-prohibitive to always renew this telephone wiring to the customer’s door. In some cases, monopoly telephony carriers have allowed the telephony infrastructure to become severely derelict, with callers experiencing poor-quality telephone conversations where they hear crackling or crosstalk.

Dial-up modems and fax machines have worked to what was expected of these phone lines, usually using error-correction methods as part of the data transmission protocols.

ADSL broadband has put a newer requirement on the phone lines due to the bandwidth decreasing as the distance increases. In some cases, newer wiring has effectively increased the performance of the telephone system as far as ADSL service is concerned. On the other hand older and decaying connections would impair the telephone circuit’s ADSL performance, even causing the ADSL signal to drop out. This is even though you could successfully make or take a telephone call on that same line.

There have been some positive steps taken by different parties to make the idea of real broadband Internet service in the country a reality. This includes encompassing it as part of defining the minimum requirements for an Internet service.