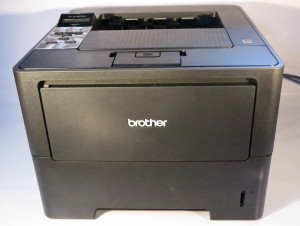 Previously I had reviewed the Brother HL-6180DW monochrome laser printer on this site and had recommended it as a mono laser printer for relatively heavy-duty requirements.

But yesterday, I had seen one of the printers in the same series as this printer used by my doctor, who practices at am inner-suburban clinic, to turn out some prescriptions that I needed. Here, this machine had to be used with the secondary paper tray that held the special stationery required for printing out the prescriptions. This printer has shown up the same abilities as the review sample when it came to the way it worked. The fact that this unit uses a separately

I would expect that it would satisfy the high-mileage requirements that would be expected for a printer being used by one or more family doctors who work at this kind of medical practice.

Why buy a network-enabled printer instead of a direct-connected printer?

Someone’s listening to my call for CD-free printer setup