Home
Current and Future Trends
Who’s missing out on the party and why? Viber, WhatsApp, OneDrive and Box.com 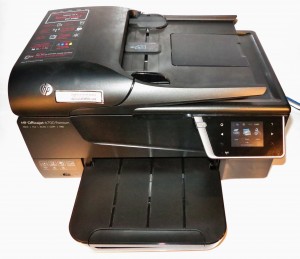 We could see Box.com and OneDrive appear on these printers alongside Dropbox

Viber and WhatsApp are showing themselves as capable over-the-top communications systems while OneDrive and Box.com are coming up as valid cloud-hosted storage services. But there is something very common with most of these companies where they aren’t being as proactive as Skype or Dropbox.

This is more so in the concept of licensing the front-end software for their services to device manufacturers to integrate the functionality in to their devices’ software. Skype have made strong headway with integrating their software in to a large range of smart TVs and video peripherals so that people can purchase a camera kit for these devices to convert them in to group videophones. Similarly, they helped someone else pitch an IP videophone and integrated add-on universal video camera kit in order to extend this function to additional devices. Dropbox has gained extra foothold with recent Brother printers as a “print-from-Dropbox” function while allowing owners of certain WD NAS units to make these devices serve as an on-ramp to Dropbox and Olympus integrating Dropbox upload functionality in to their latest Wi-Fi-capable voice recorder.

Ways this could happen for Viber, Skype and WhatsApp could be in the form of IP phones that integrate functionality for these services or IP-based business phone systems that allow the creation of voice / video trunks, tie-lines or messaging trunks offered by these services. Here, Skype, Viber and WhatsApp could monetise their services better by offering business telephony services with high reliability at an appropriate premium.

OneDrive,  Dropbox, Box.com and other cloud-storage services could work with device manufacturers to provide network upload functionality or a NAS vendor could offer “on-ramp” functionality or “store-and-forward” synchronisation functionality for their devices to cater for multiple NAS devices installed at different locations.

What really has to happen is for Viber, OneDrive and co to work with device manufacturers to build up interest in integrating their functionality in to the devices rather than leaving it to Skype and Dropbox to dominate the scene.

Hotel guestroom phones expected to integrate with our devices

Do you think we will end up with the smart watch on our wrists?