The Xbox One is getting major media updates: here’s a breakdown | Engadget

The XBox One now to be DLNA-capable

The XBox 360 games console originally came out with the ability to play content held on a UPnP AV / DLNA media server and was one of the first devices pitched to the mass market to do so. This also underscored the multi-function abilities that was the direction for game-console design.

But, when the XBox One came out, this console didn’t have much in the way of media playback beyond DVDs and some online services. This is even though Microsoft had touted it as being part of one’s media-consumption ecosystem with highly-integrated media behavour.

Now a major “version-2” software update has opened the doors for a file-based media player that allows you to play media from USB Mass-Storage Devices as well as that which exists on a UPnP AV / DLNA media server that is on your home network. This is also augmented by the support for a plethora of file formats like MPEG2 TS and MKV. The Register article placed doubts on support for MKV due to it being used for illegitimate torrented material, but it could also be about “prepping” for access to legitimate “download-to-own” video content. 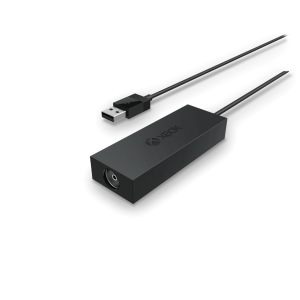 It also adds extra paths for access to broadcast content through your XBox One such as a USB DVB-T tuner module for digital TV in Europe and Oceania, or access to the DLNA-based broadcast-LAN tuners like most SAT-IP compliant satellite units or an increasing number of the HDHomeRun units available for North American or European use.

This is a step for Microsoft to claw back the multifunction abilities that these consoles have and make them earn their keep as a video solution for the secondary lounge area, college dorm or other similar living areas.