Over the past three days, I have covered some very interesting trends that were exhibited at the Consumer Electronics Show 2015 in Las Vegas. Part 1 covered the changes concerning personal computing including smartphones and tablets whereas Part 2 covered the increasingly-connected lifestyle which is brought on by the Internet Of Things. Part 3 has covered home entertainment especially as 4K UHDTV, wireless multroom audio and high-resolution file-based audio via the home network approach points of market maturity.

Now I am covering computer peripherals including USB 3.1 with the Type C either-way connection along with the “glue that holds it all together” – the home network. This is brought on with the arrival of Wave 2 802.11ac (AC2600 and AC3200) wireless networks and the highly-resilient HomePlug AV2 MIMO powerline network technology.

A major innovation that is taking place with computer peripherals and accessories is the implementation of USB 3.1 with Type C connectors, something I have covered regularly on this site. Here, it is living up to the promise of high throughput with setups clocking a real-world throughput of 800Mbps on a demonstrator. Nokia’s N1 tablet is the first tablet device to be marketed with USB 3.1 technology and Type C connectivity. MSI are pitching the G772 gaming notebook and X998 Gaming 9 ACK motherboard with the USB 3.1 and Type C connectivity along with regular USB connectivity and they are intended to be available in March. Creative Technologies have not taken computer audio lying down. Rather they fielded a USB digital amplifier in the form of the X7 which you can connect to some decent speakers. It uses Sound Blaster chipsets for the computer interface and has enough connectivity to amplify line-level or digital sound sources or provide the Sound Blaster goodness to other amplifiers, digital recorders or digital-analogue converters. It also has on-board Dolby Digital decoding along with enhanced sound processing to get the best out of anything from compressed MP3s to high-grade FLAC files.

As for displays, most of the monitor manufacturers are running at least a few 4K ultra-high-resolution models. HP are running an new monitor lineup including some 4K models and even a 5K model. Two of these monitors have curved displays like the TVs shown at this show while there is a “virtual-reality”display that works with 3D glasses. Samsung joined the party by premiering 34” curved monitor with 21:9 aspect ratio and WQHD+ (3440×1440) resolution – their TV-display knowledge fits in here on the desktop.

There is a huge run of Bluetooth-capable audio devices at this show. Braven have premiered the Braven Bridge portable conference-call device. This uses a microphone array and noise-cancelling technology for clearer and understandable voices and can even come clear in loud environments. It has that deluxe leather look that appeals to travelling executives and can serve as a powerful Bluetooth speaker and mobile charge bank.

They also fielded a series of deluxe-look Bluetooth speakers with TruWireless stereo pairing. These are known as the 2200b and the 2300b with the latter having improved sound output. Braven also pitched a wireless audio mixer that mixes the sound from two Bluetooth A2DP sources and distributes it to two Bluetooth speakers.

Samsung cracked the storage capacity ceiling for solid-state storage by offering a 1 Tb external solid-state storage device that connects to the host via USB 3.0. Ultra fast, Ultra large! SanDisk had come to the party by offering a “memory-key-type” external storage device that connects to “open-frame” smartphones via their microSD card slots or a regular computer (or other device) via its USB 3.0 socket. These are available at capacities up to 64Gb. 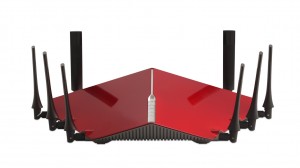 One major technology that is being premiered at CES 2015 is the 802.11ac Wi-Fi wireless segment, especially the faster variants that implement at least three input and output streams and use MU-MIMO technology. This has a theoretical media-level throughput of 2.6 Gbps or 3.2 Gbps. This technology has been “cemented” courtesy of IEEE releasing the Wave 2 set of specifications for the 802.11ac wireless network along with Qualcomm, Quantenna and Broadcomm releasing the chipsets for this specification.

MU-MIMO is a high-throughput variant of MIMO (Multiple Input Multiple Output) wireless technology that can allow an access point to concurrently serve data to multiple client devices with best-case performance and reduced network congestion. The benefits that this provides also extend to non-MU-MIMO client devices because the higher-throughput devices aren’t taking up the lion’s share of the traffic.

It was also run alongside the Wi-Fi Aware proximity-based service discovery mechanism for the Wi-FI wireless network standard which is to come later this year. Working in the background, this setup allows a device to discover other Wi-Fi devices and what they offer before actually connecting to them. It is being pitched to be like what Bluetooth was known for where you could spontaneously discover a person to share a namecard or picture with in the same room or set up a multi-machine multi-player game with friends on the couch. It also would serve a similar function to the Bluetooth Beacons and orthodox Bluetooth “push” advertising as a way to reach mobile users..

All of the major home-network hardware vendors are releasing at least one premium-level router with this technology. This has also pushed down the availability of AC1750 and lower-spec 802.11ac routers to prices that most of us can afford and allow carriers to supply such gear to their customers. 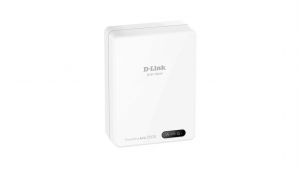 As for HomePlug AV2 powerline networking, each of the major home-network companies is releasing a HomePlug AV2 MIMO-capable adaptor package that allows you to start setting up a robust powerline network segment with a theoretical throughput of around 1.5 Gigabits per second. It gives legs to this “wired now-new-wires” technology when being used in commercial premises or multi-building home networks.

Amped Wireless have released their 802.11ac range with AC750-compliant routers and range extenders that use touch-screens as their control surfaces. Sadly, these are their low-tier models for this specification. They are also running more 802.11ac range extenders with two desktop models having a Gigabit Ethernet switch to make them work as wireless client bridges for many devices along with two wall-plugged models that have a Gigabit Ethernet port for wireless-client-bridge functionality. In each form-factor, there is a two-stream variant along with a three-stream variant.

Linksys launched their fastest 802.11ac home-network router which uses four streams with MU-MIMO(AC2600) and has Snapdragon horsepower, a four-port Gigabit Ethernet switch and USB and eSATA sockets to allow it to serve as a NAS. They also released the “AC1200” variant of their WRT1900AC “son of WRT54G” router along with the styled-alike WRT Network Storage Bay which is a dual-bay NAS enclosure with eSATA and USB external-disk connectivity. Oh year, it has DLNA network media server functionality.

D-Link have shown off their out-of-this-world 8-antenna MU-MIMO AC2600 router and also launched the AC1900 USB wireless network adaptor. This is so you can gain the benefits of a Wi-Fi wireless segment running to the latest 802.11ac wireless specification with your existing laptops or desktop computers. They have launched their HomePlug AV2 MIMO adaptor (DHP701AV) and HomePlug AV2 SISO adaptor (DHP601AV), both having Gigabit Ethernet connections.

TRENDNet are also running one of the first “travel routers” to have 802.11ac technology. This unit implements AC750 single-stream technology along with the ability to be a USB file server as well as having Gigabit Ethernet connectivity. They also launched an AC3200 “tri-band” (all 5GHz band and 2.4GHz band) six-stream router with six antennas along with their AC2600 four-stream router, both having Gigabit Ethernet for WAN and LAN, USB file serving and IPv6.They haven’t forgotten about the HomePlug AV2 MIMO powerline network and are re-exhibiting their HomePlug AV2 adaptors and exhibiting a variant with an integrated power outlet.

TP-Link launched their Archer 2600 router with 4 x 4 AC Qualcomm Wi-Fi and Archer C3200 with 2 3-stream 5GHz front-ends and 1 3-stream 2.4GHz front-end and Broadcomm chipset. They also have launched a 3-stream AC1750 range extender and an AC750 range extender. As well they have contributed HomePlug AV2 MIMO adaptor which is the first of this product class to have a 3-port Gigabit Ethernet switch

Netgear have launched a lineup of range extenders including an AC1900 model, AC1200 model, AC750 model. These devices can use one band for their wireless backhaul while the other serves the downstream devices and can be set up to be access points with Ethernet (or HomePlug AV2 MIMO) wired backbones. They are the  EX7000 which is the AC1900 3 stream variant with a 5 port Gigabit Ethernet switch and a USB 3.0 file server, along with the EX6150 which is a 2-stream AC1200 wall plug that has a Gigabit Ethernet connection, and the EX3700 Essentials Edition which is a 1-stream AC750 wall plug.

They also launched their PL1200 HomePlug AV2 MIMO adaptors – the PL1200 and the PLP1200 which has an integrated AC outlet. Let’s not forget their value-priced unmanaged desktop Ethernet switches which Netgear have been well known for and is something I would specify, and they have shown up with a new device in this class. Here, they have launched a pair of these Gigabit switches which dock in to a power-supply bracket thus eliminating the need to use a wall-wart that falls out too easily. They have a 16-port variant along with an 8-port variant which comes with two USB gadget-charging ports.

Netgear also launched the latest iteration of their ReadyNAS multi-function NAS units as the 100 and 200 Series ReadyNAS series. The 2-bay and 4-bay NAS units have improved processors for quicker throughput along with using ReadyNAS OS 8.2 as their operating system.

Around Town launched a 4G LTE 802.11g/n Mi-Fi router with a “boosting cradle”. This is a charging dock that has an Ethernet LAN socket, and 2 better MIMO antennas for 4G. This reminds me of some consumer-electronics devices released through the early 1980s like a portable VHS video cassette recorder setup that Hitachi implemented where the video recorder docked in to a large L-shaped tuner-timer base which had a full-function infra-red remote control, or some “ghetto-blaster” setups that had a tape unit that could be removed to become a Walkman.

The NAS is being seen by some vendors as being a “personal cloud”. But some of these vendors are taking an integrated approach with interlinking with existing online storage services like Dropbox along with acceptiance of the new BitTorrent Sync technology. This is being pushed more so by Seagate with their home NAS units.

What I have seen of the Consumer Electronics Show 2015 is that certain technologies like 4K UHDTV, HomePlug AV2 MIMO, 802.11ac Wi-Fi, and lightweight highly-capable personal computing have hit points of maturity in the marketplace or are close to achieving that goal.

Telstra brings a colour-screen Mi-Fi to its 4G network