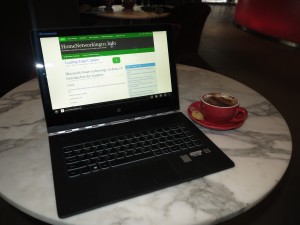 I have observed that one of the premium points in a computer manufacturer’s portable-computer product lineup are the 12”-14” ultraportable notebooks like the Ultrabooks which command some rather princely sums of money. These have a strong appeal to people who are “on the go” due to them offering a lightweight chassis yet having a screen and keyboard of a minimum size that plays well for content creation and, as I have experienced for myself, they fit well on that economy-class airline tray table with room to spare for that coffee. 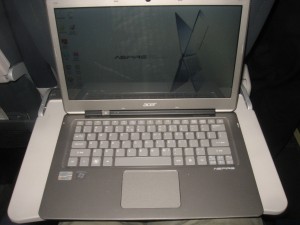 Another key feature that is being pushed for this class of computer is them being designed to run for a long time, typically a workday, on their own batteries when you are engaging in normal computing activities. Some manufacturers are even pushing the envelope further for longer batter runtime incase you forget the laptop’s charger when you head off for that business trip in a hurry.

This is even though tablets are still being considered part of the computing equation and there are some of these units being available as convertible or detachable “2-in-1” computers so that they can become a large-screen tablet. This can come in handy if you are viewing material with someone else for example.

When most of the companies like HP and Sony released a convertible or detachable “2-in-1” computer, they initially ran these models in the 11” subnotebook size. Then they ran with a 13” model as part of the line-up of “follow-up” products that had the same form-factor. Similarly, the Ultrabook form factor like the Acer Aspire S3 I previously reviewed in 2012 was defined in response to a similarly-sized Apple MacBook Air computer that was released close to the time.

But in response to Apple premiering their latest iteration of the MacBook Air computer which has the USB-C connector, some other companies are offering similarly-light ultraportable computers. Enter Lenovo who are fielding their newer LaVie Z (US product page) range of Ultrabooks that come close to the new MacBook Air’s dimensions and weight. Here, these computers maintain that ultralight requirement for increased portability and have a spec sheet comprising of Intel i7 horsepower, 8Gb RAM and 256Gb solid-state drive. But they also inserted in to their range the LaVie Z 360 (US product page) which is a convertible unit in the same vein as the Yoga 3 Pro that I previously reviewed.

Personally, I would find that each and every computer manufacturer would offer one of these lightweight notebooks as part of “refreshing” their 12”-14” ultraportable product line or to build out this line further. Here, they could make this product lineup include models that suit different user classes and budgets with some that are purely “secondary computer for typing up copy” models while others are geared towards performance computing.