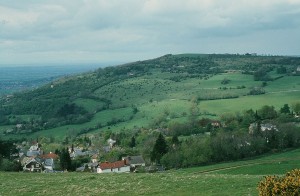 More of the Cotswolds to benefit from real broadband

The Cotswolds is an Area Of Outstanding Natural Beauty located south of the centre of England. Because of this characteristic underscored by the rolling hills and the villages that have their buildings built out of the local stonework, it is another of those country areas that attract people who want to move out of the city to the country. It also attracts an artisan culture with a fair bit of local arts and crafts going on.

But what about making sure that these people who live and work in the Cotswolds have access to real Internet service? This problem is being rectified by a partnership between Gigaclear and the FasterShire public-private Internet-service partnership to bring full fibre broadband to the villages of Guiting Power, Chedworth, Whelford, Bilbury and Icomb.

This was initially a British Telecom project which covered Phase 1 of the rollout but the Gigaclear partnership has underscored that BT can’t have a clear run of the Phase 2 contracts. It is based on Gigaclear’s track record with supplying some of the small villages around the Home Counties with a future-proof fibre-to-the-premises broadband service, something regular readers of HomeNetworking01.info will be familiar with. It will still complement British Telecom’s efforts in this locale and the goal will be to have the Internet service pass 6,450 premises in the Cotswolds area and will break FasterShire’s goal of 90% broadband coverage.

Geoffrey Clifton Brown, who is the local MP for Cotswolds established an election promise to cover his electorate with real broadband at the door for all of his constituents.

As well, the Gigaclear solution isn’t just about fibre to the premises but also about Internet services with a subscriber-level bandwidth of a Gigabit/second symmetrically this achieving a service that is effectively future-proof for these areas. This also caters for the increasing trend towards video-conferencing and cloud-based computing in both the home and business computing applications.

What I would like to see for Gigaclear to achieve is to provide FTTH not just to new areas but as a competing service for areas that have an FTTC setup provided by BT Openreach so that they can be able to benefit from the higher throughput.

Keep up the good work in providing city-business-grade broadband to rural communities, Gigaclear and FasterShire!

A wireless-broadband router for the boat