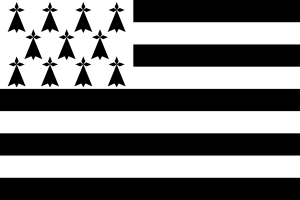 In a lot of rural and peri-urban areas, even ADSL internet service can be substandard as I have witnessed a few times. This is typically aggravated by established telecommunications entities that underinvest in the infrastructure that serves these areas and this infrastructure is not conducive to proper performance for any service based on DSL technologies.

In Brittany, France, the community in Sibril have decided to take action to have their telephony infrastructure improved before the arrival of an impending fibre-based next-generation broadband service. This effort has paid off with the bandwidth for 259 households in  the territory being improved to nearly 20Mbps where it was in the order of 0.5Mbps to 2Mbps. It has made the service fit for IP-based video services  to Full HD specification along with quicker downloading for even large files.

What Orange have done is to install cabinets closer to the affected locations and run fibre-optic cable to these cabinets, in a similar vein to a fibre-to-the-cabinet setup which implements VDSL2 technology. But they have deployed ADSL2 DSLAMs in the cabinets to assure continuity of ADSL2 service with existing Liveboxes. As well, the customers’ telephone cables are routed to the communications cabinet rather than the main telephone exchange.

This technique comes in to its own with country areas that have a village, hamlet or town which services a collection of smaller communities, something that is taking place in a lot of rural areas. It also comes in to its own with country towns that are growing and the telephony infrastructure needs to be re-worked. Here, a telecommunications cabinet could be installed closer to the various communities and it houses DSLAMs and similar “on-ramp” equipment but has enough rackspace to cope with a few large-property subdivisions that increases the number of customers. Then this cabinet is linked back to the main exchange using a fibre-optic connection while the premises’ telephony and ADSL services are terminated at the cabinet.

There is a greater chance of increased communications security for these areas because if there is equipment breakdown or power failure in a particular cabinet, other areas aren’t affected by the failure. This could also lead to the provision of battery backup in those cabinets for the local telephone services with this requiring a reduced energy need.

At least this comes across as a near-term solution to providing real broadband to densely-populated country areas or to cater for country areas that take a different more-dense housing character.

DirecTV to bundle satellite broadband with satellite TV in the US