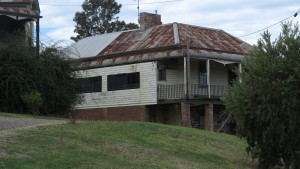 Government to Build More Rural Homes, But What of Broadband? | ISPReview.co.uk

The UK Chancellor, George Osborne, puts forward a growth and productivity plan for UK’s rural areas, an activity which other countries call for in order to “spark up” their similar low-density areas. This may also involve encouraging a larger employer to set up shop in or near a rural area or nurturing a tourist area for increased capacity and attraction. Similarly a town with a tourist attraction may see economic growth based on that tourist attraction.

But even if the government doesn’t call for this, these rural areas continue to attract the “tree-change” culture where people who were in urban areas shift out to these rural areas because of attractions like beauty, tranquility, ability to know locals easily and the like. This also encompasses an increase in small businesses operating in these areas, whether to serve the local area or larger areas. Let’s not forget rural areas that exist on the periphery of an urban area falling victim to urban sprawl as the neighbouring urban area expands.

This is something that typically encompasses an increase in housing density in these areas such as subdivision of land, creation of new housing communities or expansion of existing housing areas.. But there is the need for improvements in local (private and public) transport, infrastructure, education and the like which also will include a requirement to see local telecommunications services like broadband Internet and mobile (cellular) telephony be brought to urban standards.

With the telecommunications issue, this may be sorted with extension of telephone lines from the town-based exchange in to the new developments but this can limit bandwidth for DSL-based broadband services. Such situations may call upon a need to re-architect the telecommunications infrastructure that serves the town and neighbouring communities, whether to have separate exchanges or distribution points for each community. In the case of a next-generation broadband rollout, it may call for a fibre-based fixed-line rather than a fixed-wireless deployment for the town and those communities.

Similarly, there will have to be the issue of mobile coverage which may be contentious ion some areas due to the perceived health effects of electromagnetic radiation. This could be approached again through re-architecting the mobile base station layout with use of more low-powered base stations in denser neighbourhoods.

So if there are efforts to increase capacity for a rural neighbourhood or factor in a change of direction for these neighbourhoods, the telecommunications issue may have to be factored as much as housing density and other infrastructure.

You live in an outer-urban area and find you have unreliable Internet connections. What do you do?