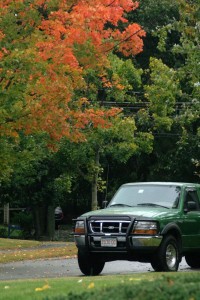 Another attempt has taken place to erode the established telcos’ and cable companies’ dominance of the US fixed-broadband landscape. Normally, this would be Google rolling out their Google Fiber service but it is a local government rolling out a municipal fibre-optic infrastructure and selling a retail broadband service to the communities under their remit.

This kind of activity has had to face legal measures in the form of statewide laws drawn up by lobbying groups representing the “Baby Bells” and large cable-TV firms that prohibit or make it difficult for local government and others to set up competing broadband service.

This time, it is Leverett, a town in Massachusetts, who have established a municipal fibre-optic network with retail service. This network snaps at the heels of Comcast and co by offering unlimited symmetrical 2Gbps downloads for US$75 a month. This is compared to Comcast offering a similar service for US$300 a month with a myriad of installation and activation fees totalling US$1000 along with the cost of poor-quality customer service.

This was an effort to deal with a black hole concerning the provision of high-speed broadband Internet to Massachusetts communities. The LeverettNet network is the first to take advantage of the new statewide broadband backbone known as MassBroadband 123 which could easily light up the state with real broadband.

There will be people who will say that this is public money wasted and it could lead to an increase in local taxes levied by the community’s local government, But it isn’t so because the townsfolk approved a ballot measure put forward by the Leverett council to borrow US$3.6 million to start this project. As well, a local ISP called Crocker Communications was contracted to provide the retail service to the neighbourhood. The council’s tax base would increase because of the property values increasing due to availability of proper next-generation fibre-optic broadband.

I always reckon that this could bring Comcast and others to attention because of a broadband service that offers more “bang for the buck” being available and this results commonly in those companies offering improved service in to those neighbourhoods. Similarly, this effort could be a chance to wake up other local communities in Massachusetts to have next generation broadband across that state.

NBN–as a way to improve the TV experience