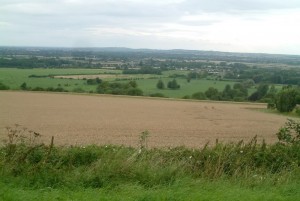 The article I read in ISPReview has highlighted some problems that affect the existence of competitive next-generation broadband Internet service in the UK. These same problems can also affect other countries like those in the North American, South East Asian and Australasian areas to varying degrees.

It is based on interviews with Matthew Hare from Gigaclear, Dana Tobak from Hyperoptic and Scott Coats from the Wireless Infrastructure Group, all whom are running up against an incumbent telecommunications company who effectively owns the infrastructure in most of the country and is effectively given a fair bit of blessing from a national or regional government. This can be through state aid as part of a broadband-improvement scheme or through a legal “right of way” that proscribes competitors from operating in the area of concern. In the case of the UK, it is Openreach who is a BT spin-off that manages the telecommunications infrastructure in that country and they have been dominating the state-assisted “Broadband Delivery UK” projects that provide next-generation broadband to most of rural UK. 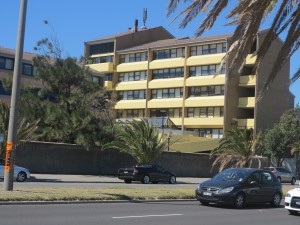 .. and apartment blocks in big cities

Issues that were raised were:

Gigaclear has effectively invested GBP£1000 / property and has found that the operating costs for pure-fibre setups are less than the costs for fibre-copper because there is no need to run electricity down the line and it is a modern robust technology. But they have paid many times the projected cost for some deployments like in Kent due to shodddy workmanship.

Matthew Hare from Gigaclear was highlighting BT swallowing up most of the BDUK contracts but he has picked up a few smaller Phase 2 contracts like projects in Gloucestershire, Essex and Berkshire. He had noticed a few of the local authorities being helpful about these rollouts like in Kent where Kent county council de-scoped (provided exclusive access) for Gigaclear projects compared to Rutlant where the Rutland county council and BT overbuilt Gigaclear with FTTC service.

Dana Tobak from Hyperoptic highlighted that fibre-copper technology like fibre-to-the-cabinet is a short-lived asset. She also highlighted the issue of access to the “pits, poles and pipes” owned by Openreach being a burdensome process for competing operators. This ranged from costs to onerous procedures and restrictions sucn as not being able to provide business broadband services.

There was also the issue of business-level property rates and taxes levied on the infrastructure where the workflow associated with these costs was onerous thanks to the Valuations Office Agency. This made it difficult for an operator to factor in the property rates due on the infrastructure when they are costing a rollout. To the same extent, the property taxes levied by a local government could be seen as a bargaining chip especially where the local government is behind the rollout in order to see effective increase in their local land value and tax base.

The question associated with an independent Openreach managing the infrastructure was whether this would breed real service competition. An issue that was highlighted was that Openreach could focus on the premium pure-fibre-based service and make life hard for small-time operators like regional-focused operators or startups who want ot serve the British market. But Matthew Hare reckons that it is better for the UK, especially rural areas to see Openreach as an independent operator.

Here, ISPReview have raised the issue of competitive next-generation broadband provision with independent “own-infrastructure” operators and covered some of the main hurdles facing these operators. This includes proper management of costs including infrastructure-based property taxes and rates; the creation of sustainable competition including build-over rights; incumbent operators’ behaviour including preferential treatment by governments; and access to the same  “pits, pipes and poles” by competing operators.

Fiber Corp to offer competition to the NBN in Sydney