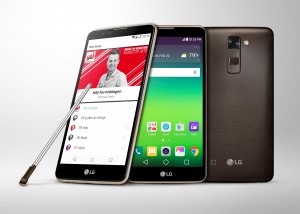 LG’s digital radio smartphone will come to Australia | The Australian

Most of you may want to listen to radio via your smartphone but the options typically are using one equipped with an FM radio tuner or using an Internet radio app like TuneIn Radio.

The latter option can eat in to your mobile data allowance very quickly and wouldn’t be worth it for those of us who have an entry-level mobile data plan. The former FM-based option denies you access to the AM stations which are still considered a goldmine of information in countries like Australia as well as not assuring you reliable radio reception when you are on the go, which could make it hard to enjoy classical music for example. This is because the headphone cable on personal “Walkman-type” radios including FM-equipped smartphones and Bluetooth adaptors serves as the radio’s FM aerial.

Previously, DAB digital radio in a personal-stereo context was offered in the form of a “Walkman-style” radio with FM and DAB digital radio reception and these radios typically had a small LCD display as their main user interface. They weren’t offered as a “combo” device with a media player of some sort or other functionality and the introduction of DAB-based digital radio was occurring at the same time that Apple effectively took over the personal-audio market with their iPod and iPhone devices.

But LG have raised the bar as smartphone radio is concerned by offering the Stylus 2 smartphone which integrates a DAB+ tuner capable of receiving DAB and DAB+ digital radio stations. These digital-radio standards, especially DAB+, which are being implemented in most of Europe and in Australia offer a highly-robust radio-listening experience. There is also the ability to tune stations by selecting from a list of the stations’ names rather than trying to remember frequencies which also makes the experience very much “part of” the smartphone.

The LG Stylus 2 smartphone will have the expected features of one of today’s Android smartphones and will use a variant of the LG Internet-radio app for station navigation. This phone will be made available in markets where there is an active DAB-based digital radio service like most of Europe, Australia and some of Asia.

The trusted-environment concept to become a key mobile security trend