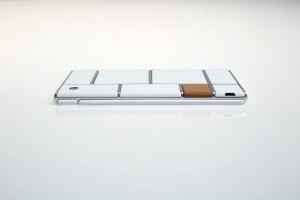 There has been some previous coverage about Google’s “Project Ara” modular smartphone, but there was some doubt about this phone being for real.

This mobile phone, like the LG G5 smartphone, can be improved by you buying and adding extra modules that offer additional or better functionality. It is very similar to how the IBM PC evolved where it was feasible to add on extra parts to improve the computer’s functionality.

Google had put the Project Ara concept smartphone on the slow burner and LG advanced their take on a smartphone in the form of the G5 having an improved camera or a hi-fi-grade audio DAC module available as options. Now they have come forth with a firm proof-of-concept to be offered to developers so they can design the modular hardware and to have a system ready for the masses by next year.

Google will push the idea of requiring the modules to be certified by themselves in order to assure quality control and the user experience for installing or upgrading any of these modules will be very similar to replacing a microSD card in your Android smartphone. This is where you tell the operating system that you wish to remove the card before you open up your phone and swap out the card, something I do with my Samsung phone when I want to play different music because I see the microSD cards as though they are cassettes or MiniDiscs that contain music ready to play.

Like with computers, the modular phones will still appeal to those of us who are tech enthusiasts and don’t mind customising our phones to suit our needs. Personally, I would like to see this same modularity looked at for tablets, 2-in-1s and laptops pitched at this same user class who values modularity and customisability.

Samsung releases an Android tablet for business and trades