This year has shown a few key situations that are placing traditional data-center technology under stress. This is based around fewer large data centers placed sparsely through a geographic area and used primarily to store or process data for many businesses.

One of these is the popularity of Pokemon GO. As people started playing this augmented reality game on their smartphones, there was the need to draw down data representing the app from the different data centers associated with the mobile platforms’ app stores. Then, during play, the game would be exchanging more data with the servers at the data centers that Niantic Labs controls. In some cases, there was problems with underperformance due to latency associated with this data transfer. 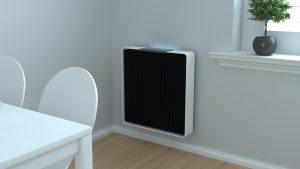 Then lately, there was a recent attack, purported to be a denial-of-service attack, against the data centers that were being used to collect the data for the census taking place in Australia on Tuesday 10 August. It is although the census is being targeted towards an online effort where households fill in Web pages with their data rather than filling out a larger book that is dropped off then collected.

Both these situations led to data-center computers associated with these tasks failing which effectively put a spanner in the works when it came to handling these online activities.

What is being shown is that there needs to be an emphasis on so-called “edge computing” or the use of small localised data centers also known as “cloudlets” to store and process data generated in or called upon by a particular area like a suburb or an apartment block. These data centers would be linked to each other to spread the load and pass data to similar centers that need the data.

One application that Netflix put forward was their “Open Connect Appliance” which as a storage device that an ISP or telco could install in their equipment rack if they end up with significant Netflix traffic. This box caches the local Netflix library and is updated as newer content comes on line and older locally-untouched content is removed. Such a concept could be taken further with various content delivery networks like Cloudflare or those implemented by the popular news services or social networks.

The trend I would initially see would be suburban telephone exchanges, cable-TV headends or similar facilities being seen as a starting point for local micro datacenters that serve a town or suburb. Then this could be evolving to street cabinets associated with traffic signals, FTTC/FTTN services and the like, or the basement telecommunications rooms in multi-tenancy buildings being used for this purpose with these smaller data centers being used to serve their immediate local areas.

Qarnot, with its Q.Rad room heaters that are actually data servers, weighed in on the idea that a cluster of these room heaters in a premises or town could become effectively a local “micro data center”.

As for applications that I would see for these “micro data centers” that implement region-focused data processing, these could include: distributed content delivery of the Cloudflare or Netflix kind; localised “store and process” for data loads like a nation’s census;,  online gaming of the Pokemon GO kind; and distributed-computer applications that ask for high fault-tolerance. There will still be the need for the “virtual supercomputer” that would be needed for huge calculation loads like sophisticated financial calculations or 3D animation renderings which a collection of these “micro data centers” could become.

What could be seen as affecting the direction for cloud-based computing would be the implementation of localised processing and storage in smaller spaces rather than the creation of large data centers.

Windows to introduce quick-pair for Bluetooth