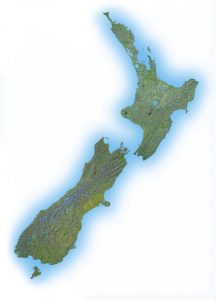 What is the broadband Internet scenario in New Zealand

Like Australia, UK and a lot of European countries, New Zealand started off with Telecom NZ which a telecommunications monopoly that was initially run as part of a government-run post / telephone / telegraph service. In order to assure competition, Telecom NZ was split in to an infrastructure entity called Chorus and a retail services entity called Spark in 2011, something that is very similar to how Openreach in the UK and NBN in Australia are operating.

Chorus provide a DSL-based wholesale broadband Internet service with the infrastructure being provided on an unbundled local-loop basis. There is the ability for these services to be sold with a classic dial-tone telephony service or as a “naked” or “dry-loop” service that doesn’t have this service.

They provide a fibre-copper next-generation broadband service for 91% of New Zealand’s households with a throughput of at least 10Mbps – could most of these services implement VDSL2 technology? But they are also providing fibre-to-the-premises in some cities with some services benefit from Gigabit throughput in a few neighbourhoods.

Vodafone New Zealand are providing competitive Internet service in some of New Zealand’s urban areas namely Kapiti, Wellington and Christchurch but this is based around cable-modem technology thanks to them taking over TelstraClear’s HFC cable service. But they want to make sure of a fibre backbone infrastructure throughout both of the islands. Citylink also provides their own infrastructure to Auckland and Wellighton central-business districts.

New Zealand are approaching the rural broadband situation through use of fixed-wireless technology with Vodafone and Spark offering retail broadband to those markets. But Vodafone and Chorus are setting a goal of at least 5Mbps bandwidth to 86% of rural customers. This includes Chorus implementing fibre backbones to Vodafone’s mobile towers, and most of the schools, libraries and health providers in New Zealand’s rural districts. It also includes establishing more of the cabinets associated with FTTN fibre-copper service in to rural districts to “push out” the bandwidth coverage.

Chorus even started off a Gigatown competition where a town could be set up for Gigabit broadband as the norm in a similar manner to some of the “Gigacities” that are happening in the UK. The town that won the competition ended up being Dunedin.

The New Zealand Government are behind the provisioning of fibre-to-the-premises in all of New Zealand’s main urban centres that have a population of at least 10000. This is being backed by Chorus and the local electricity utilities, with an initial goal of 75% but now 80% since 2015.

This has been achieved through having more of the FTTN (fibre-copper) areas converted towards FTTP (fibre-to-the-premises) along with placing the FTTN cabinets nearer more of the rural population areas – it could be feasible to benefit from decent cost-effective broadband down at that bach you use as a “bolt-hole”.

Why push ahead with fibre broadband?

An article that I read called out why New Zealand is pushing ahead with fibre-to-the-premises rather than “sweating out” copper infrastructure for their broadband infrastructure. This in in comparison with what Openreach is doing in the UK and, to some extent, NBN in Australia where they are preferring to deploy fibre-copper technology seeing it as being cheaper to deploy than fibre-to-the-premises.

Here, it called out the situation in the UK compared to what is happening in New Zealand where the UK central government along with Openreach haven’t been supporting innovation when it comes to providing Internet service.  They highlighted the fact that the Kiwi government were willing to risk more money with a view to see a prosperous country with the benefit of an increased tax base thanks to increased Internet bandwidth and the fact that it could draw more business there. They also were seeing a network that was also cheaper when it came to operational costs such as being more energy-efficient. They also underscored that cellular-technology mobile networks can benefit thanks to many smaller base stations (microcells and picocells) connected by fibre-optic backbones rather than few large towers for the same coverage.

Governments on a national, regional and local level need to support deployment of next-generation technology that can do the job properly. It also includes supporting and protecting a competitive Internet-service marketplace at the infrastructure and retail levels in a manner that empowers value-for-money and service differentiation.

The benefits that these governments can achieve include a stronger financial benefit including a GDP uptick courtesy of the newer technology and businesses wanting to set up shop in that country; along with a future-proof technology approach that answers many realities.

Oise in France now to run fibre-optic past every household

What could be the definition of the European universal broadband Internet service?