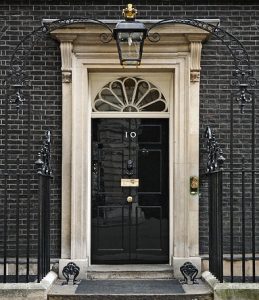 Here, Google had made this place, normally off-limits to the public, available in a manner that you can browse around the public rooms associated with Britain’s political life, especially where they were underscored by two key Prime Ministers – Harold Wilson and Margaret Thatcher.

It works just as well with your regular computer or a mobile device and you can enjoy this with the Google Cardboard virtual-reality viewer. If you use a regular computer that doesn’t implement a touch screen, you can get a similar benefit using a scrollwheel-enabled mouse or a multitouch-capable trackpad. Here you can zoom in on some of the pictures in the rooms or the Grand Staircase using that zoom gesture for the touchscreen or multitouch-capable trackpad or operate the scrollwheel on your mouse.

Anyone who is studying British history or the politics associated with countries that follow the Westminster system should have a look at this virtual-reality tour that underscores where one of the most important politicians has always lived.